The motorcycle industry is struggling worldwide. Harley-Davidson is searching for ways to reach out to Millennials who seem largely uninterested in owning a bike. Honda sales are flat, at best and floundering at worst, depending on what market Gildshire Magazines examines. Only the bike makers at Bavarian Motor Works are bucking the trend. According to reportage this week from Motorcycle News, BMW motorcycle sales are breaking records in Europe and approaching records in North America.

The numbers are impressive, as June marked the end of a record-breaking first half year. Those figures piggyback on numbers showing that 2016 was the best sales year in BMW motorcycle history.

The record numbers may come as a surprise to bike enthusiasts used to seeing “BMW” as a badge on a car to be avoided, rather than a logo on a motorcycle. That’s because those enthusiasts haven’t been paying attention as a BMW motorcycle has become a cherished unit. 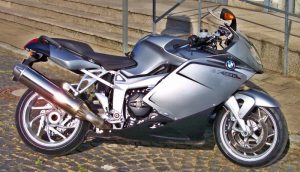 The 1200 Series is a BMW motorcycle to notice!

The new and expanded R NineT model range has also contributed to this success with five models now featured. The G310 is also worth note. It’s BMWs first foray into the realm of smaller machines.

Who is buying all of these bikes? Germany saw 24,894 units sold, a record total. The USA had its second-best year, adding 13,730 units sold to the overall total. Canada contributed over 1,000 buyers to the North American marketplace.

Better news yet for fans of the brand is that BMW’s expectation of continued sales growth, as the company looks to the East. BMW says the Chinese market, in particular, is continuing to show considerable growth potential. Almost 5,000 units were sold in China in the last year, and sales in Thailand are continuing to be encouraging. Sales in Japan (always a tough market for non-Japanese bike brands) rose six percent in the last 12 months. This increase indicates a possible thaw in Japanese perception of motorcycles not built in their country.

Do these numbers signal a new Big Dog, or are they temporary blips? Only time will tell, but the folks at BMW have a knowing smile.

How Color Affects Our Eating Habits