Perhaps you are an introvert who enjoys staying home and cuddling up with a good book. Maybe you are an avid lover of the printed word, and the last one in your club to get out of the “Book of the Month Club.” Are you laid up for a while, unable to go about life as you would like? Or, are you afraid of the coronavirus, and have self-quarantined for a bit? Regardless of your reason, any of these are avenues to reading a good book. Excuse or not, most of us have a few books in the back of our minds. Classics we never experienced. Or a well-loved novel that we haven’t read in ten years, they are there, waiting for a cracked kneecap, a long weekend, or a handy virus. Here is Gildshire’s list of books to read while avoiding crowds. Or, any time.

The Catcher in the Rye, by J.D. Salinger

Introduced in 1951, Salinger’s Holden Caulfield is a tormented soul unwilling to accept joy for fear of missing out on something jaded or coarse. Almost 70 years later, it rings true to a generation filled with similar angst. I dare you not to find similarities between Caulfield and the Millennial Generation.

You’ve heard of dystopian fiction, perhaps as in The Hunger Games. Maybe, you have heard of a hyper-controlled society described as “Orwellian.” It was from this book! One of the first books ever written with a dystopian theme based on government control, this is still the best of the lot. Our apologies to Katniss Everdeen, but she was no Winston Smith.

Murder on the Orient Express, by Agatha Christie 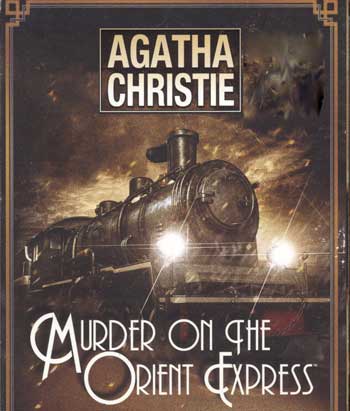 Any list of books to read is likely to include Agatha Christie. This is, perhaps, her best.

In Agatha Christie’s most popular and compelling mystery, a luxury train stalls overnight in a snowstorm. The next morning, an dead American passenger! He was stabbed twelve times, apparently behind a locked door! As ace detective Hercule Poirot investigates, he discovers that everyone on the train was somehow connected to the murdered man. Ms. Christie paints a word picture that challenges us to confront ethical issues that we believed were settled in our own minds.

The Bell Jar, by Sylvia Plath

Semi-autobiographical, this fish-out-of-water novel introduces us to a young lady from a small town who receives an internship in New York City. Instead of loving the big city, she finds it disturbing and disorienting. Soon, an undefined mental illness begins to take shape. Will the young lady even survive the internship? Or, will her psyche unravel entirely? This is one of the first modern novels that took an unflinching look at mental illness outside of the mental hospital.

The Girl Who Fell From the Sky, by Heidi W. Durrow

Written only ten years ago, this novel about a biracial girl who feels caught between worlds has a timeless quality to it. Anyone who has ever felt that “a place to belong” is just out of reach, will find a kindred spirit here. Come to think of it, that means everyone.

The Outsiders, by S.E. Hinton

I love the backstory of this novel. Susan Eloise Hinton wrote this book at the ripe old age of sixteen! She wanted to read a book about what it was really like to grow up in the mid-20th Century. But she couldn’t find one without silly romance or unbelievable derring-do. So she wrote the kind of book she wanted to read and published it with initials so she would appear older. She writes about a gang of toughs in Oklahoma. They try to stick together through the pressures of violence and broken homes. To this day, the novel reminds us that growing up is not an easy task.

Come to think of it, who needs a pesky virus to spend a weekend with books to read. These are some of our favorites.