Home » Our World » Bystanders Help More Than We Think

We are thought to believe that we can’t rely on the help of a group of bystanders. If you ever took a psychology class, chances are you probably heard about the story of Kitty Genovese. In 1964, Kitty was attacked in public, in front of an apartment building and in front of 38 witnesses. Did anyone help? According to the story, nobody did anything and everybody thought somebody else will help.

The bystanders effect says that if there are more witnesses of a violent or dangerous incident it is less likely that anyone will help when compared to one or only a few bystanders.

There are a few problems with the Kitty Genovese story. The event happened at 3 am, several people called the police, one man yelled at the attacker and one woman helped. So, the story is not truthfully presented to the public. From the other side, even though the story has holes, it doesn’t mean that the bystander effect is not real. Many studies proved that the bystander effect happens more than we would like to believe. According to a review from 1981:

“It is concluded that, despite the diversity of styles, settings, and techniques among the studies, the social inhibition of helping is a remarkably consistent phenomenon … victims are more likely to receive assistance when only a single individual witness the emergency.”

It’s important to stress that many of these studies were done in artificial conditions in a lab setting where people pretended to be bystanders which does not reflect real-life situations. Some studies were based on real-life conditions and in one study 11% of bystanders helped, while in the second study, 74% of bystanders jumped in to help. This depends on many variables of a study, and one variable that we tend to focus on is how large is the crowd. In large crowds, we always rely on other people, other bystanders. The distribution of responsibilities can lead to nobody taking action since everyone believes that someone else will do something. 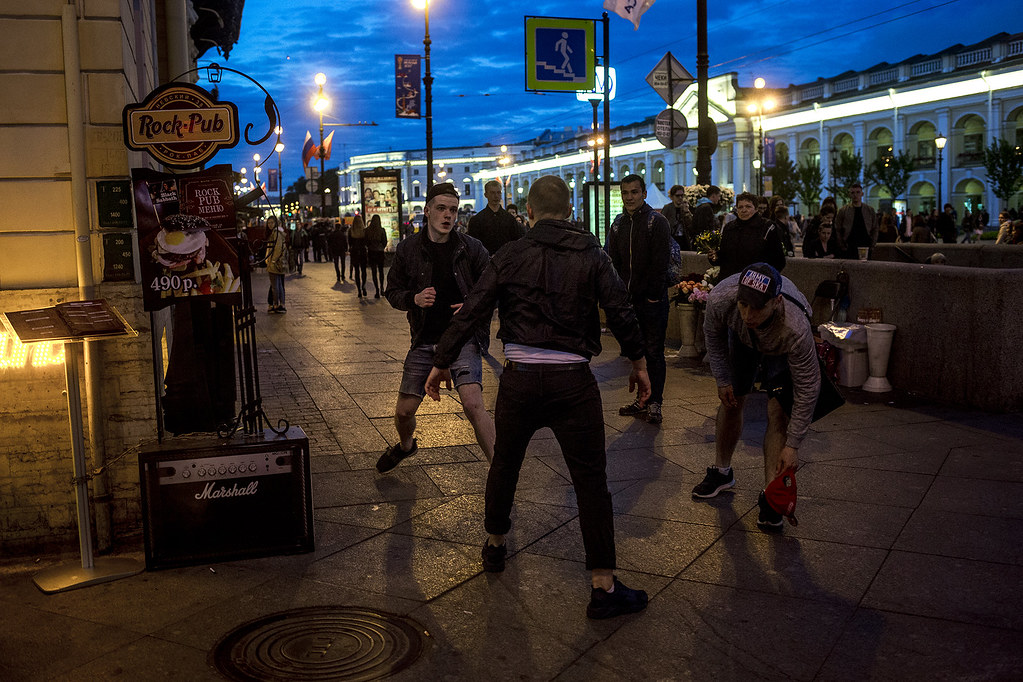 Recent research used real footage from security cameras and they simply counted the number of incidents when bystanders helped and when the victim did not receive any help from bystanders. They also counted the number of bystanders who witnessed the event. Researchers examined 219 videos of aggressive public attacks from surveillance cameras from Lancaster, U.K.; Amsterdam, the Netherlands and Cape Town, South Africa. Some incidents where mild disagreements between two or more individuals and some events were violent physical attacks. The average number of bystanders was 16.

Researchers found that at least one bystander helped in 90% of all examined situations. On average 4 bystanders intervened and helped to the victim. Even more, the study proved that if there were more bystanders, a victim had a greater chance of getting help. Also, the location was not important and there was no difference found between the three cities.

According to a researcher:

However, researchers are saying that this study does not prove that the bystander effect is not real.

“Our research does not evaluate whether bystanders are less likely to provide help when in the presence of other bystanders compared with when they are alone (i.e., the bystander effect).”

Is Ford Gassing Police Officers in Their Cars?