Gildshire loves a good mystery, and when the mystery surrounds cars, so much the better. That’s why we are almost giddy about the latest mystery surrounding Cadillac high-performance sedans. We’ve sniffed out some rumors about the high-performance V prototypes in the last few months. Also, we heard some audio (alas, without a video alongside) that gave us a small taste of what sounds will emanate from the exhaust. Most persistent, though, are rumors that the new high-performance sedans will come with standard transmissions, not only available but standard! Is such a thing possible nowadays? We decided to get serious about the matter. Muscle Cars and Trucks helped with the research.

It appears that Cadillac intends to offer a ten-speed automatic and a six-speed manual in the bigger engined CT4 and CT5. At first, GM intended to give the manual transmission to the CT4 and the do-it-for-you to the CT5. But, when the CT6 Blackwing came and went in a blink of an eye last year, plans had to change. That said, “Blackwing” isn’t dead. In fact, the word on the street is that the highest performance Cadillac sedans will carry that moniker.

You aren’t alone. We’ve heard rumors for six months or more that the twin-turbo Blackwing powerhouse engine was an idea whose days had come and gone. It was to disappear after it became apparent that The General’s builders couldn’t make it fit under the hood of the CT5. 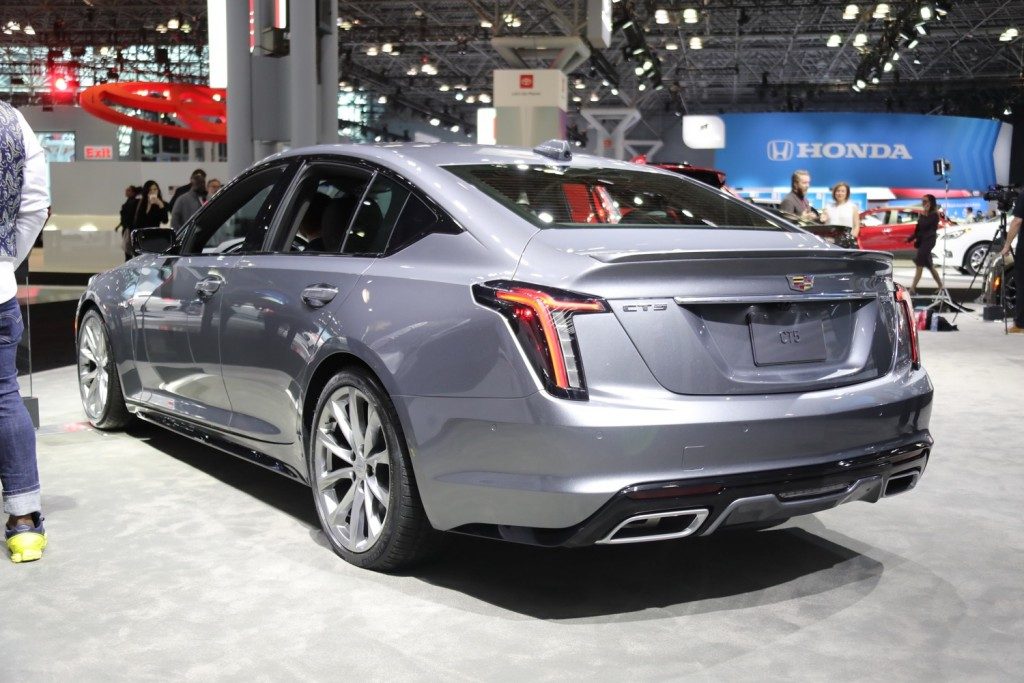 The CT5 is the Cadillac high-performance sedan under the greatest scrutiny.

So, it appears that the Cadillac’s almost ancient supercharged 6.2-liter V8 from the CTS-V may return as the CT5 power plant. However, no one seems to know if all 640 horses will come with it. Finally, the CT4 will likely get its 3.6-liter (twin-turbo) V6 from the ATS-V.

I’m no less confused than I was two paragraphs ago.

Well, when Cadillac unveiled the 2019 CT4-V and CT5-V, the automotive world was less than overwhelmed. Far less, in fact. That’s because the cars came with far less horsepower than we had been led to expect. Three days later, Cadillac breathlessly came out with what they said were “the real high-performance sedans,” downgrading the V series to a sort of V-Sport. Later, Cadillac leaked a rumor that “Blackwing” could replace “V” as the badges top-tier performance cars. But (and get this) even without the Blackwing engine.

Our best advice at this point is to wait. GM is cutting costs. When that happens, the best idea is to take any rumors you hear with a liberal spoonful of salt. Gildshire would like to think a manual transmission is coming for high-performance Caddy sedans. But, so few customers across the board are opting for manuals that somehow seems unlikely. Of course, luxury carmakers are running away from manuals like they carry the flu virus. So, it could be one way for Cadillac to stand out.

However it goes, Gidshire will watch this segment, because it is moving around faster than any other internal combustion segment. The news next month could continue to surprise us. If it does, we will surprise you. Perhaps Cadillac high-performance sedans will go autonomous. Now that would be news.

Is Coconut Oil Better For Your Health Than Ghee?