California Considering 100 MPH Limit on I-5

Home » Our World » California Considering 100 MPH Limit on I-5

Yee-haw! At least that’s the reaction Gildshire’s 20-year-old would have had over the next big thing to come out of California. State Senator John Moorlach (R-Orange County) recently introduced a bill in the California State Legislature that would add two additional lanes to both north and southbound Interstate 5 that would have no posted speed limit. Additional high-speed lanes would be added to State Route 99 that parallels I-5 through most of the state.

(Sorry about that. It’s time for a sober analysis of what this may mean.)

What Are the Specifics of the Bill?

According to the proposed bill, though the legislation technically calls for no speed limit at all (Boogity!) the “functional limit” will be 100 mph on the affected stretches of road. The fine levied for exceeding the functional speed begin at $500 for a first offense, while a second violation within three years of the first would draw a $750 citation. A third within five years of the first offense entails a $1000 fine and the suspension of the speed demon’s driver’s license.

According to Sen. Moorlach’s bill, (SB 319) funding for the high-speed lanes would derive from California’s Greenhouse Gas Reduction Fund. Moorlach stated that California owns the various right of ways necessary to complete the project in a cost-effective manner. Moorlach is pitching his proposed legislation as a route to reduced idling in traffic and therefore fewer greenhouse gases. He says it’s a speedier (no pun intended), more easily implemented solution to easing California’s famed gridlock than a high-speed rail line currently under consideration and projected to be completed by 2033.

Perhaps harder to defend are Moorlach’s claims about the speed-lanes being safer, but those are his claims. 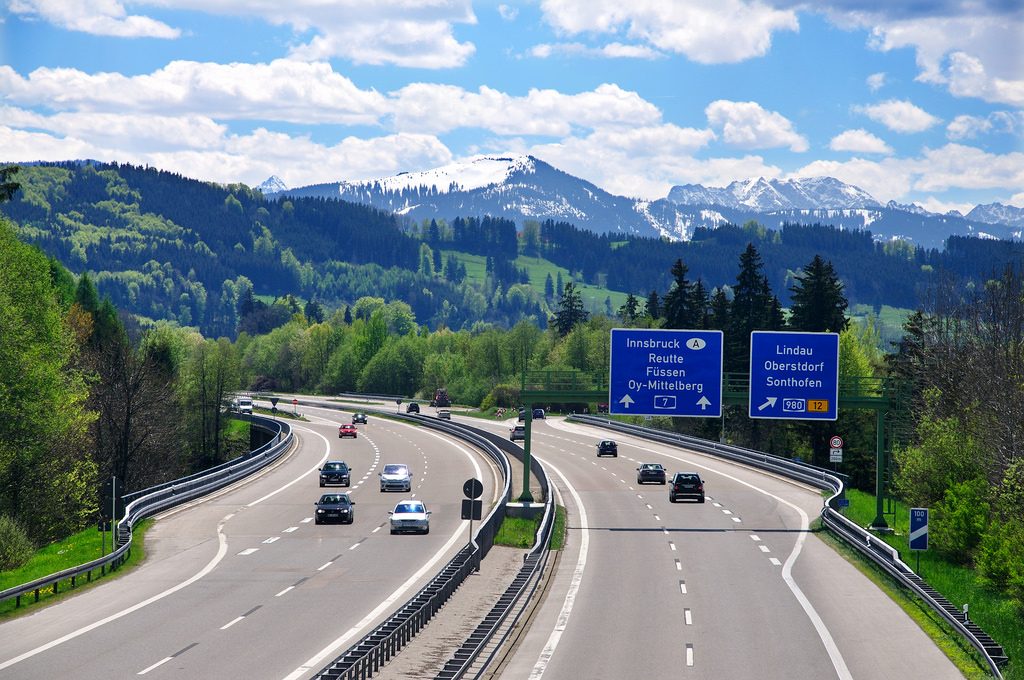 The German Autobahn is carefully-maintained to withstand 100-mph travel.

Differences Between German and American Drivers Are Real.

Of course, driver’s training and education in Germany is more intense than such programs in the United States. Driver’s licenses are harder to attain in Germany, due in part to the presence of the high-speed Autobahn. Nowhere in Sen. Moorlach’s proposed legislation is there a provision that would train American drivers for higher-speed travel.

Currently, 85 miles per hour is the top posted speed limit in this country. That’s on a 41-mile section of State Highway 130. The highest speed limit on an extended stretch of the Interstate Highway System is 80 miles per hour through a stretch of Interstate 84 in Idaho that includes a known speed trap in Jerome County. For a time Interstate 90 was the Wild West in Montana, which had no daytime speed limit until 1974. The federal 55-mph limit came that year. The Montana speed limit disappeared again from that law’s repeal in December of 1995 until the enactment of a 75-mph limit in May of 1999.

Will Sen. Moorlach’s dream of 100 mph and Stockton to Bakersfield in less than 2.5 hours become a reality. Or is it a way to muddy the waters about high-speed rail? Time and the inexorable turning of legislative wheels will tell. Gildshire will keep an eye, and an itchy accelerator foot, on the progress of the 100 mph Interstate Five.

Built-In Decor: How Tile Motifs Can Elevate Your Interior Design

Old Folk Tale About Antibiotic Soil Turns Out To Be True