Call it COVID Fatigue, or good old American obstinance, but California splits in two over the last week. No, it is not THE BIG ONE earthquake that many have predicted for decades. Instead, it is Gov. Gavin Newsom’s directive that people in his state wear masks.

This is Gov. Newsom’s tweet that is causing all the furor.

“REMINDER: CA, you are now REQUIRED to wear a mask in public spaces. We are seeing too many people with faces uncovered. Wearing a face covering is critical for keeping people safe and healthy, keeping businesses open and getting people back to work. Do your part. Wear your mask.”

That seems reasonable given California’s spike in coronavirus hospitalizations since its economy began to re-open. But the executive order comes with unclear enforcement mechanisms. In other words, what do you do to people who simply don’t follow the guideline? Is there room enough in jail? Do they get a speeding-ticket like citation?

Those questions, as well as a latent desire to spit the bit on new rules in general, have caused some local governments to say that they will not enforce the mandate. At least a dozen municipal governments have said that they will have no part in enforcing the rule. Reinette Senum, mayor of Nevada City (population 3142), said it best, or at least with the best use of capital letters. 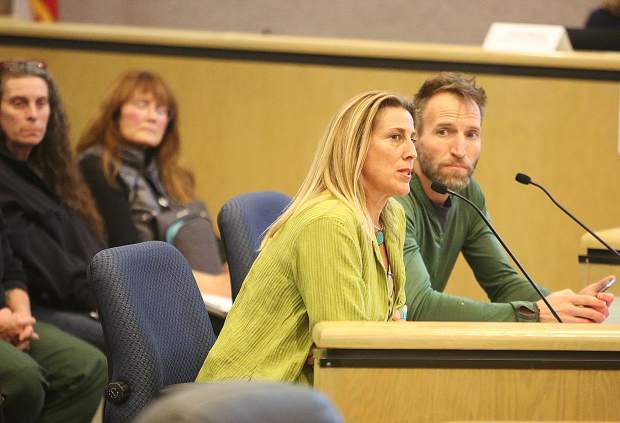 “As you go about your day today, KNOW there is NO LAW that Orders you to Wear a Mask. Our Governor does NOT have that unilateral power to make such orders,” she said. “Ask our local Police chief or officers. They will not, and cannot, cite ANYBODY for not wearing a mask because the law does not exist. When you come across Newsom’s ‘orders’ online, you will see it’s linked to a page that does not lead you to his Executive Order, BUT to the California Department of Public Health GUIDELINES!”

That was hard to read.

It was, but Her Honor Ms. Senum is correct, in a way. Gov. Newsom’s masking mandate is a guideline and not an official executive order. But, Newsom’s executive orders on the COVID-19 pandemic have always mandated that citizens of California follow that state’s guidelines. In other words, essentially giving them the power of law.

Outside of Nevada City, officials with eleven other California municipalities said they wouldn’t enforce the mask requirement. Orange County’s Sheriff Don Barnes said it is peoples’ responsibility to wear face masks. The Placer County Sheriff’s Office said that they hope people follow the rule, “but we have no interest in penalizing people who do not.” Placerville’s Police Department passed the state’s guidance on to the people in that town. However, the police department there will not be involved in enforcing it.

In response to local officials getting their backs up about the mask issue, Newsom participated in a PSA with former California governors, including Republican Arnold Schwarzenegger. The message was “mask up.” encouraging people to wear masks.

“Hey, maybe you didn’t vote for me,” Schwarzenegger says.

“Arnold, news flash. I voted for Gray Davis,” replies Gray Davis, who Schwarzenegger beat in an election to assume the office.

“But no matter who you voted for, or if you didn’t vote at all, it doesn’t change that Californians look out for each other,” chimes in Newsom. “Don’t let COVID win. Wear a mask… Just do it.”

The effort to encourage compliance with the order comes as Newsom comes under criticism from the right. Indeed to further the premise that California splits in two, this from right-winger John Dennis.

“He does not have the authority to do this. You may wish to cede him authoritarian power. I do not, and will not.”

That seems a little extreme

Not to right-wing Congressional candidate Joshua Scott, who replied to Newsom’s tweet with a gif of American Idol’s Randy Jackson, saying, “yeah, that’s gonna be a no from me, dawg.”

Ben Shapiro, the right-wing podcaster who founded the conservative website “Daily Wire,” believes enforcing the provisions of the order would not be feasible.

“I particularly look forward to Gavin Newsom attempting to enforce mask-wearing on my 4-year-old son,” Shapiro said. “Good luck with that.”

So, what no amount of scraping along the San Andreas Fault could do, an executive order did. California splits in two, over masks during a pandemic. Gildshire will keep you posted if things change. Or rather, when things change, since change is the new normal.

What Can You Do if You are Too Emotional?