Home » Our World » Can Anyone Be A Genius?

You don’t have to be an avid reader of a science news magazine online like Psychology Today or Scientific American to know that we’re fascinated by geniuses. Researchers are constantly trying to figure out what separates the minds of people like the late Stephen Hawking and Einstein from your average person on the street. Is it genetics? Or can genius be learned?

Laszlo Polgar believed there was nothing innate about genius or talent. Trained as an educational psychologist, he always thought that geniuses were made, not born. He got a chance to see his theory in action with his three daughters. He taught his eldest, Susan, to play chess when she was just four years old. Six months after learning, she went to a chess club and beat everyone. Her sister, Judit, also excelled and went on to rank as the world’s best female chess player for two decades. As an adult, Susan said that “My father believes that innate talent is nothing, that success is 99% hard work. I agree with him.” 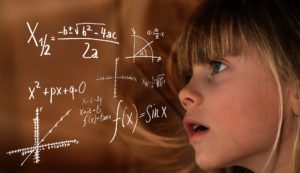 Can Anyone Be A Genius? Are certain children at an advantage because of their brain development?

The Prefrontal Cortex and Genius

Children have unique abilities for learning that are seen beyond chess. Studies consistently find that children under a certain age can easily learn multiple languages. This may be because the prefrontal cortex, the part of the brain that houses is not fully developed. In adults with developed prefrontal cortices, they see things as more fixed and definite based on their experiences and memory. This same part of the brain isn’t as developed in kids, so they are more creative and flexible. Their brains are designed for constant learning, so they’re better suited to chess, languages, and other challenging tasks. All they need is someone to encourage them.

If this sounds far-fetched to you, you’re not alone, and there is evidence that some people are born with an intellectual advantage. In a study performed on children from ages 6-20, results showed that those with high IQ scores experienced faster and longer-lasting cortex thickening than their peers with average IQ scores. Those high IQ-ers also had thinner cortices, to begin with. This research suggests there is a development element to “genius” that can’t be controlled by education.

It’s worth pointing out that the study we just described was only measuring IQ scores. Does a high IQ automatically mean genius while a lower one excludes the possibility? In order to join Mensa, the non-profit organization that measures IQ and be considered a genius, you have to score in the 98th percentile. Who writes these tests? Who decides what qualifies genius? One of Mensa’s testing directors, Frank Lawlis, believes the true test of genius isn’t being able to get the right answer but to ask questions. That isn’t something that can be quantified.

What do we really know about the concept of “genius?” With Polgar’s experiment with his daughters, he debunked conceptions about genius being limited to men, while studies show that children are automatically more inclined towards learning because of their brain development. However, are some children at an advantage because of how their brains form? And are IQ scores even a good measure of true genius? The one thing that seems to link geniuses of all types is their ability to think outside the box. They tend to break the rules, think big, and ask questions when no one else is.

For more from Gildshire’s science news magazine online, click on this article about how rapid evolution made the Bajau people the best divers in the world.

How to Make People Fall in Love with You?

Ideas For a Regional 1-2 Day Trip In Your Area