What You Can’t Buy On Amazon

Home » Our World » What You Can’t Buy On Amazon

Amazon sells everything it seems, and according to top print and online business magazines, it makes them a pretty penny. However, there are actually products Amazon has banned from their site. What are some of these items?

You can buy cigar cutters, hookahs, and cigarette paper on Amazon, but the actual nicotine? That’s a no. Cigars, cigarettes, tobacco, and e-cigs are all banned. This is because laws regulating the sale of tobacco is different from state to state, and for a site like Amazon, trying to follow the law is too complicated.

You can buy a gun safe for your gun, but you won’t find firearms for sale on Amazon. Shipping guns would be a major headache for the Postal Service, and it would be a PR nightmare for Amazon when guns got in the hands of the wrong people.

Speaking of guns, a third-party seller once tried to offer iPhone cases shaped like handguns. Police everywhere understandably expressed concern, since whipping your your phone in public would make it look like you were about to shoot up the place. There’s a federal law that bans the manufacturing of convincing fake weapons, so you can no longer find that accessory on Amazon. 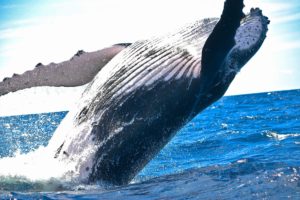 Until 2012, Amazon’s Japanese site allowed the sale of whale, dolphin, and shark meat. A petition with over 200,000 signatures persuaded the company to permanently ban that particular seafood.

Duck liver is another food you can’t buy on Amazon. It was sold on Amazon UK until an animal rights’ group went after the company, explaining the inhumane process of getting the duck’s liver fatty enough. In 2013, Amazon UK removed over 100 products containing foie gras.

In 2006, Illusion Soft began selling a video game called “Rapelay.” The goal for the player was raping women in a variety of scenarios and environments. In 2009, it showed up on the Amazon Marketplace and after outrage, Amazon took action and banned it. 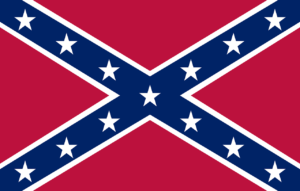 After the church shooting in Charleston, South Carolina, a host of retailers stopped selling the confederate flag. When Amazon announced it was about to follow suit, sales of confederate flags went up. The closest thing to a confederate you can get on the site now is the older version of the Georgia flag.

If you were ever in the market for a shirt that proclaims “I Love Hitler,” you could find one back before April 2008. The World Jewish Congress petitioned the site to take them down.

In 2010, an ebook popped up on Amazon’s site called “The Pedophile’s Guide to Love and Pleasure: A Child-Lover’s Code of Conduct.” Understandably, people were very upset. At first, Amazon said they wouldn’t remove the book, because they didn’t want to censor authors because people believed the message was “objectionable.” After a CNN story reported on the site and book, they removed it.

In 2014, a company called Yizzam began selling leggings featuring colorful images of Hindu gods and goddesses. The President of the Universal Society of Hinduism issued a statement on the offensiveness of the item, saying it disrespected Hindus everywhere. The company still sells the leggings, giving them names like “Demon Hindu God,” but you won’t find them on Amazon.

If you want more from Gildshire’s online business magazine, check out this article on the big merger between T-Mobile and Sprint.

Sleep Gadgets: Are They Worth It?

The Latest Wedding Trends for 2018