Hello again, movie fans. Your good friends at Gildshire are excited to visit with you again as the next weekend of new movies hit the screens. This week features a much-anticipated entry from the Marvel Cinematic Universe, as well as some independent action that is both intriguing and thought-provoking. So, let’s get right to it! The new movies won’t preview themselves.

Of all this week’s new movies this is the one you most want to hear about, so let’s begin with Brie Larson as Captain Marvel. Ms. Larson has a head start. She was an Oscar-winning actress (“The Room”) before joining the Marvel Cinematic Universe. However, that won’t gain her instant credibility as a comic-book hero. By all accounts, she performs well in this one. Is there enough plot to keep up with the action? Well, it isn’t Black Panther, but folks are saying it is a worthy entrant into the genre. It co-stars Samuel L. Jackson as Nick Fury, Ben Mendelsohn as Talos, and Djimon Hounsou as Korath. Rotten Tomatoes 82, Gildshire 4.0

“Triple Frontier,” rated R for violence and language throughout.

The sad state of Veteran’s affairs in this country is worth discussion, but the protagonists in this movie do more than discuss. They take their poverty in their own hands and use their skills to steal a drug cartel’s loot. Do things go as planned? Have you SEEN these kinds of movies before? Of course, they don’t go as planned. It stars Ben Affleck, Oscar Isaac, Charlie Hunnam, and Garrett Hedlund. Rotten Tomatoes 67, Gildshire 3.7.

“The Kid,” rated R for violence and language.

The story of Billy the Kid is one of the most oft-told tales from the old west. In this revisionist script, his life intertwines with the law that is chasing him and a young man who may want to emulate him. It is an intriguing concept that Gildshire thinks can gain traction as more reviews come in. It stars Ethan Hawke as Pat Garrett, Dane DeHaan as Billy the Kid, Jake Schur as Rio, and Adam Baldwin as Bob Olinger, Rotten Tomatoes 50, Gildshire 4.1.

“Gloria Bell,” rated R for sexuality, nudity, language, and some drug use.

Julianne Moore is a treasure, and this movie takes advantage of her abundant skill-set. In it, Ms. Moore is Gloria, a woman of a certain age fading into the woodwork. Instead of giving in, she decides to live out her reality as joyfully as possible. We love it and are thrilled to name “Gloria Bell” our Gildshire Movie of the Fortnight. It costars John Turturro, Michael Cera, and Brad Garrett. Rotten Tomatoes 100, Gildshire 4.9. 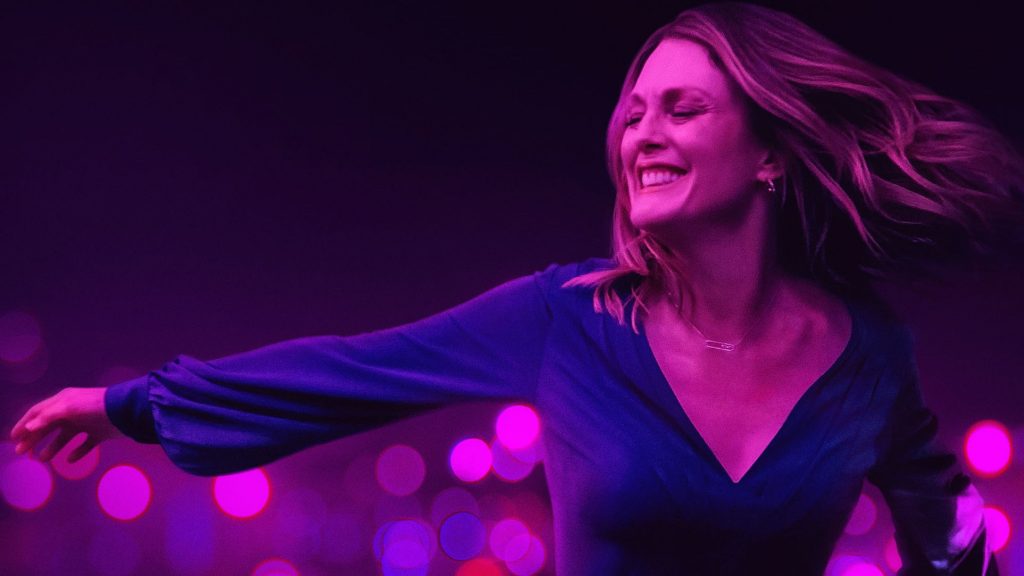 J.K. Simmons’s career has only flourished as he has aged. In this multi-generational drama, Mr. Simmons plays “Steve,” a man who arrives at the end of his days lonely and alone. The movie hearkens back to “the event” that apparently made all the difference. Early reviews are poor, but Gildshire wants to see if those numbers improve as more people see the film. It costars Sebastian Stan as (Young) Steve, Maika Monroe as Karen, and Mandy Moore as Mom. Rotten Tomatoes 20, Gildshire 3.5.

Those are the new movies for this week. Be sure and join us again two weeks hence when we return with more movie talk about those new movies. Until then, enjoy the films!

Deaths of Multiple Racehorses Cause Shutdown at Santa Anita