We all had our first ride. We all had our favorite ride. For many of us, they were one and the same. Only a few cars, however, truly changed the landscape of the automotive industry. Automotive geniuses bringing to us for the first time something we take for granted today.  Gildshire Magazine climbed into the way-back machine to revisit these Cars of Tomorrow.

1885 Benz Motorwagen: This was the one that started it all. A two-seater it used a single cylinder four-stroke engine mounted horizontally at the rear. The Motorwagen was fitted with wooden inserts for non-structural components and wire-spoke wheels. Three wheels were deemed enough. 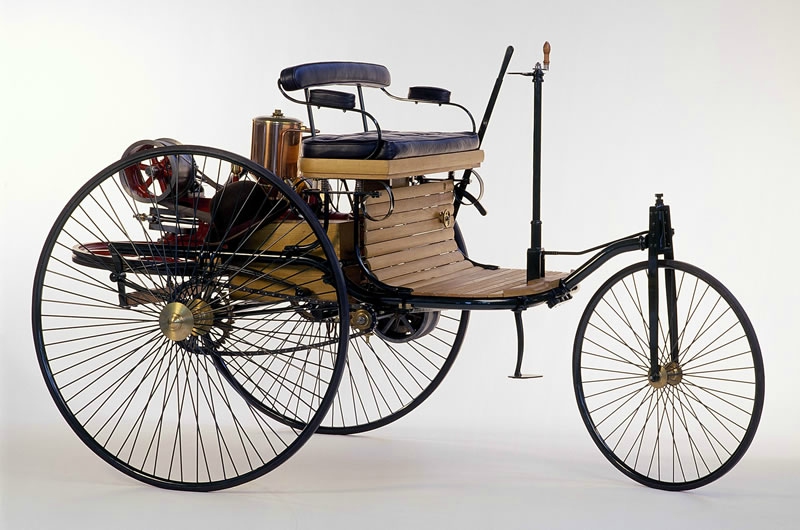 1908 Ford Model T: Many people believe Henry Ford invented the assembly line. He didn’t. Ransom Olds was using an assembly line seven years before the Model T debuted. Ford tweaked the assembly line and made it more efficient. The 1908 Model T was the first result of Ford’s new method. It brought the price of automobile ownership within reach of the common man, so the rich and connected weren’t the only folks with cars. Your Uncle Billy owned a Model T. 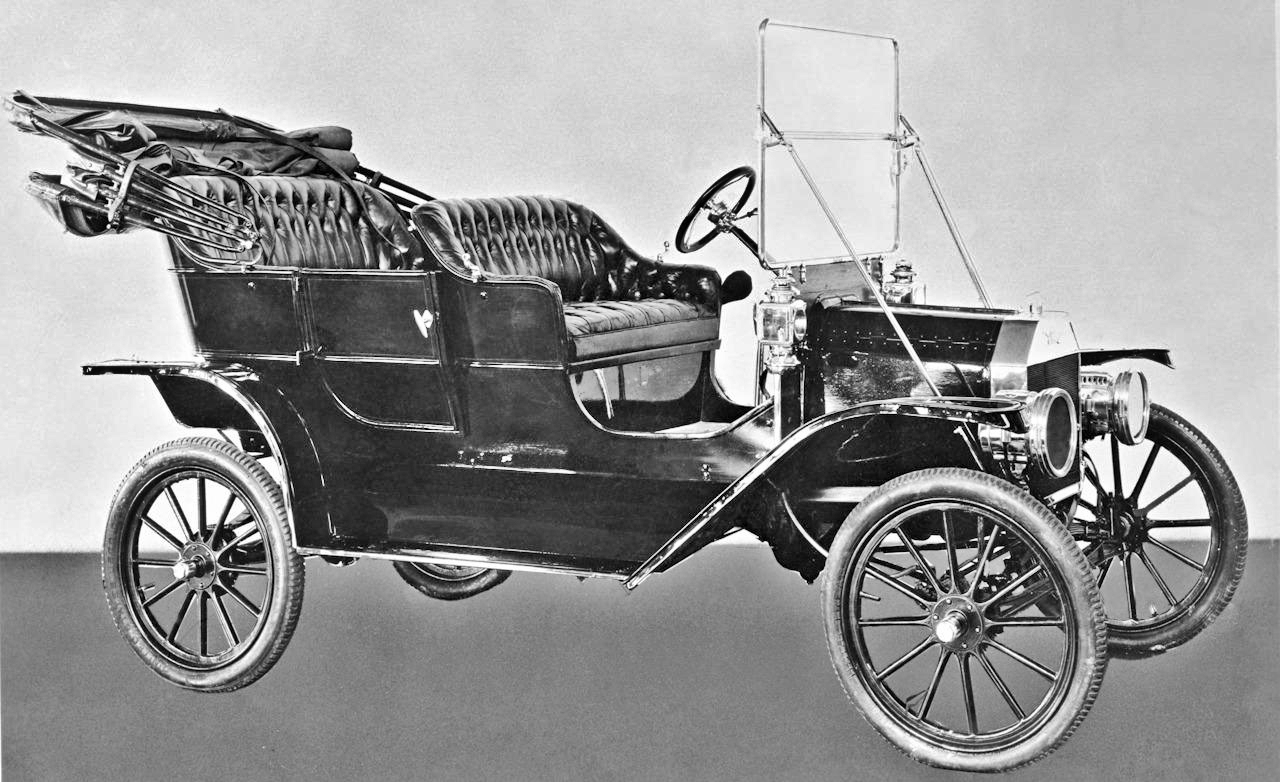 So did Jed Clampett.

1912 Cadillac Touring Edition: The Model T was a work of mechanical genius, but it was no work of art. Cadillac brightened the driveway with this car available in decorator colors. 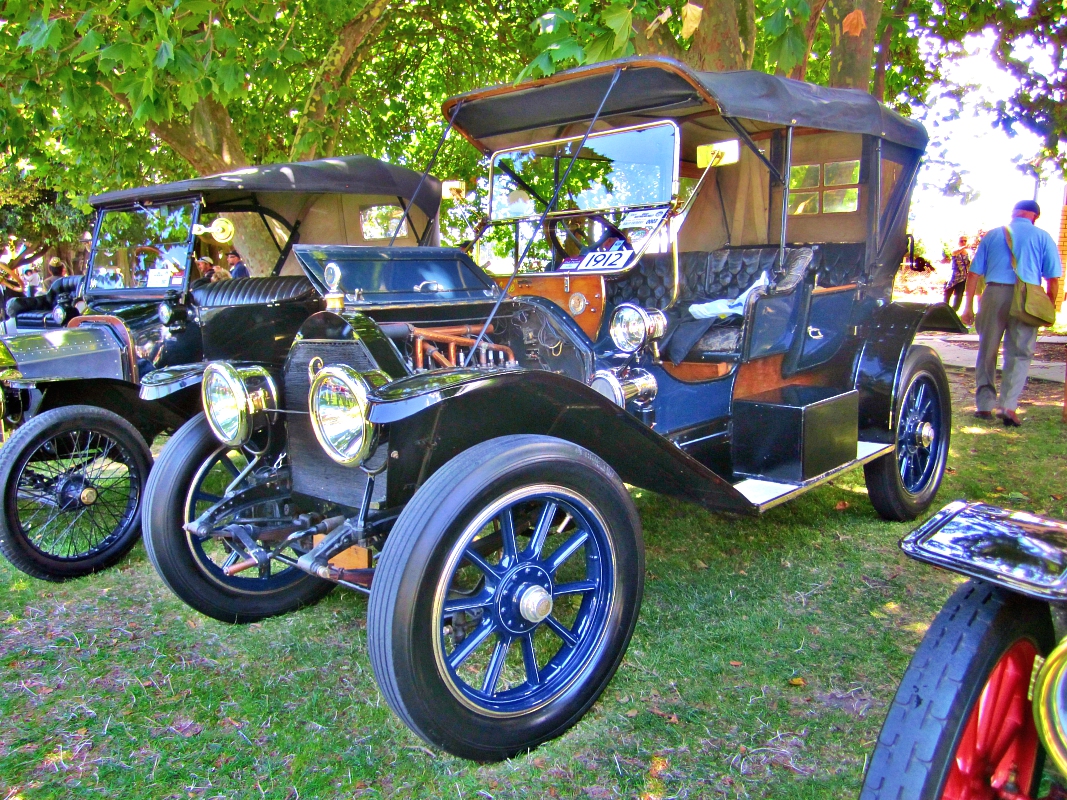 “Mine is the one that isn’t black.”

A color palette wasn’t the most important thing about the Touring Edition, though. It was the first car with an electric starter, making the automotive world available to women. After all, they didn’t want to rely on a man to start their car. It was also nice for the man who wanted to start the car without breaking his wrist. 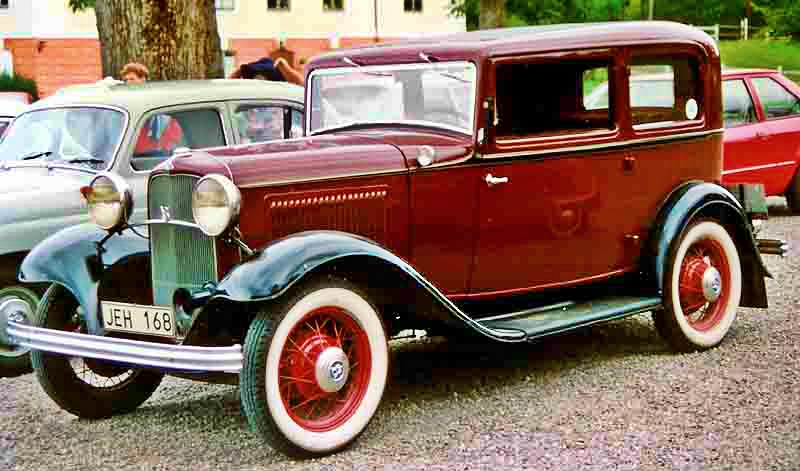 It was capable of a top speed of 81 mph.

This was the car that inspired Clyde Barrow (of Bonnie and Clyde fame) to write a letter to Henry Ford thanking him for such a fine machine. 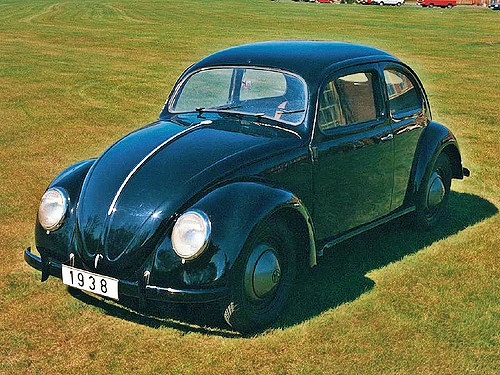 You can barely tell a difference between this one and a 1967 Beetle.

1938 Volkswagen Beetle: The VW Beetle is to Europe what the Model T was to the USA. Improved gradually over many years it was designed to be inexpensive and reliable. Incredibly, it was in production for 65 years during which it remained largely unaltered. It remains the longest-running and most-manufactured (over 21 million were produced) single platform car in automotive history.

1957 Mini: From an Italian car to The Italian Job, the Mini was truly revolutionary.

Designed by Sir Alec Issigonis as a gas-saving response to the 1956 Suez gas crisis, the Mini completely changed the small car market. Front-wheel drive is standard in small cars today because of the Mini. Powering the rear wheels took up too much space in the car’s interior. Much more nimble than anything else on the road in the late 50s, the Mini won France’s Rallye Monte Carlo three times. 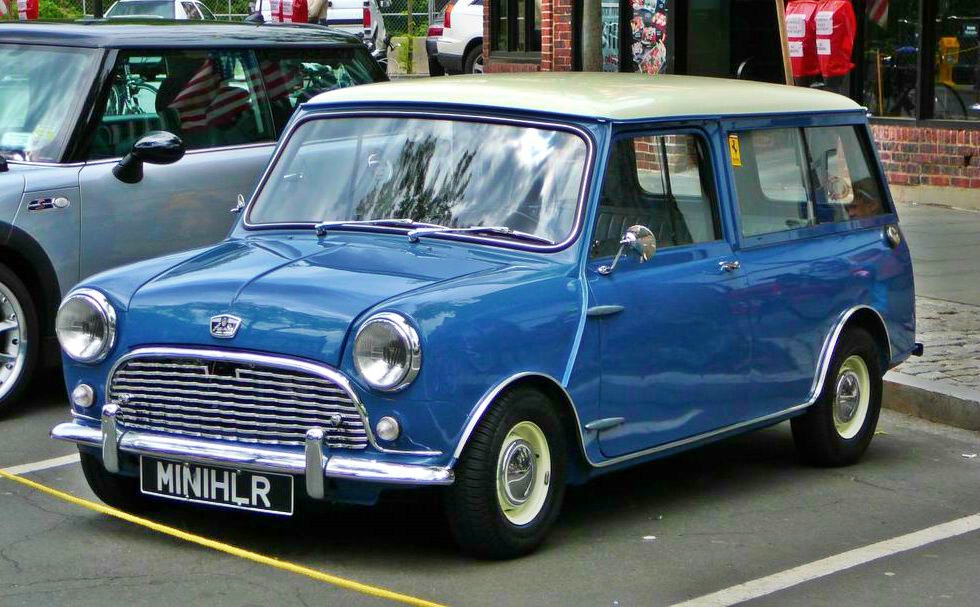 The appeal of the Mustang escapes some people, but that’s because they aren’t cool, man. It didn’t upend the establishment with its design or technological breakthroughs when it was introduced. It did, however, thoroughly resound with America’s youth. Built on the Falcon’s platform it offered a number of different engines (more than one V-8, in fact) and an option list as long as a Flower Child’s arm. It became Ford’s best-selling car in 33 years, beating the Model A’s sales figures.

1970 Datsun 240Z:  Datsun (even then called Nissan outside the United States) began making some inroads on domestic car sales in the late 60s. The Big Three automakers were unfazed because Datsuns were lame underpowered econo-bores. Who can forget the tin-box B-210? All of that changed with the advent of the Z-Car! Suddenly there was a hot new ride on the block, and it came from Japan!

It was called the “Fairlady Z” everywhere but in the United States, where it took this country’s car-types by storm. The influence of the Z-car on the automotive world went beyond simple sales figures because it gave Japanese automakers legitimacy in this country. The Z meant Japan had compelling products that could compete on a global stage, and the rest is history.

You Are Invited: What To Give A Modern Hostess