Cartoons and Comics about Real Life: The Art of Autobiographical Cartooning

Have you ever thought about being a cartoonist? Have you ever read comics or follow cartoon artists on Instagram? Do you like reading about real life situations that are relatable to you? If you answered yes to any of these, then I encourage you to check out autobiographical cartooning and three artists that are esteemed in this field.

Autobiographical cartooning (often referred to as autobio by those in the field) is just what is sounds like: drawing and writing cartoons based on the author’s life. These comics became popular during the underground comix movement (a period of creating comics with explicit content that was unapproved by the Comics Code Authority in the 1960s and ‘70s), but actually date back to the late 1880s. Portuguese artist Rafael Bordalo Pinheiro pioneered comics in Portugal and tried his hand at autobio by writing about himself and his personal thoughts in his 1881 graphic reportage book No Lazareto de Lisboa (“The Lazaretto of Lisbon”). Nowadays all over the world comic artists are using their own lives to influence and inspire their work. 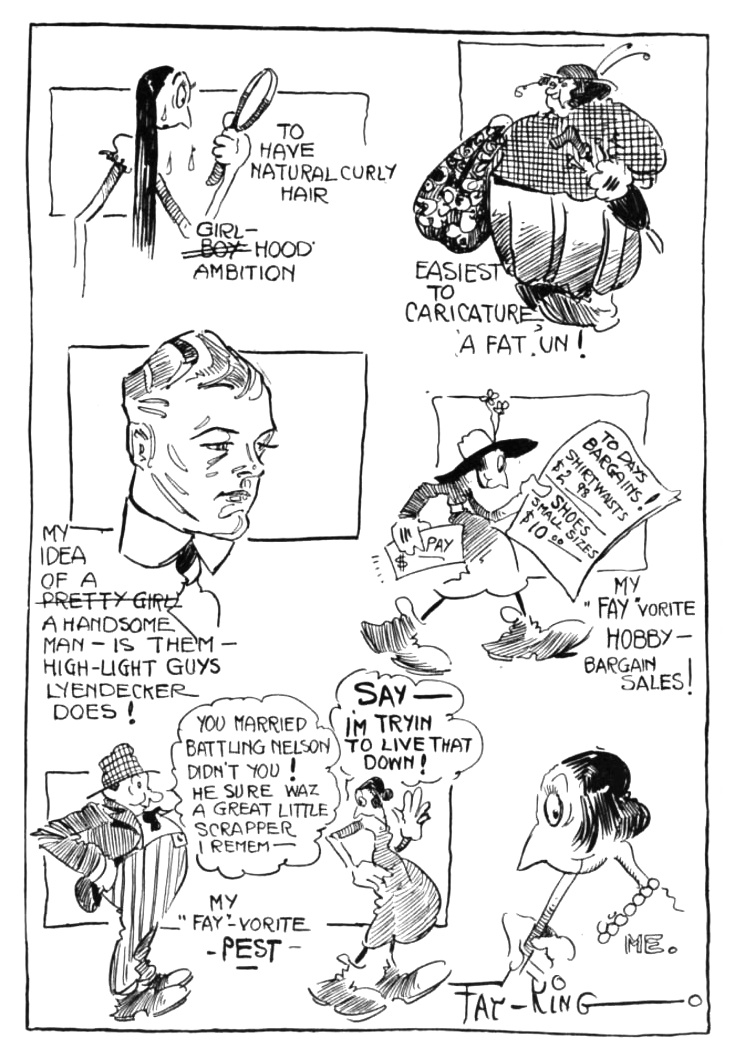 On September 21st, Brooklyn, NY held their 14th annual Book Festival. This is a time for literary lovers to gather and engage with various vendors, authors, and other readers. As a way to celebrate literature further, the festival presents a myriad of panels where different authors discuss topics relevant to their writings. One of these wonderful panels was Anxious in Public: Serious (and/or Hilarious) Comics about Real-Life Tough Stuff, featuring Catana Chetwynd (Little Moments of Love), Adam Ellis (Super Chill: A Year of Living Anxiously) and Lucy Knisley (Kid Gloves: Nine Months of Careful Chaos), moderated by cartoonist Connie Sun.These three cartoonists have won over a multitude of fans as they take their stories from the digital world to the printed page.

Known for Catana Comics, Catana Chetwynd is a New York based artist and proud dog mom. Catana Comics are centered around Chetwynd’s relationship with her boyfriend, John, and their life together. Chetwynd published her first book, Little Moments of Love, in 2018. Adam Ellis is a cartoonist who became well known for his work at Buzzfeed drawing webcomics intended to be relatable. Ellis recently published his third book, Superchill: A Year of Living Anxiously, in 2018.

Lucy Knisley is a critically acclaimed and award-winning comic creator living in Chicago with her husband and son. Her books can be described as personal, confessional graphic novels. Knisely published her first book, French Milk, in 2008 and recently published her sixth book, Kid Gloves: Nine Months of Careful Chaos, in February, 2019.

From their beginnings as young kids making art for fun, to finding their way to producing art professionally, Chetwynd, Ellis, and Knisley shared stories and thoughts about their journeys, their work, and the field as a whole. Cartooning every comic is a passage within itself and they are constantly going back and forth internally regarding their creations and publications, like any other artist. For them, there is the added component of their work being autobiographical. Through digital media, the world of cartooning has certainly changed from the origins of a pencil and paper, but these artists have found their way through the technology to continue their art making.

Each of these artists brought a different perspective to the same topic: creating autobiographical cartooning. With thought and intention, these artists expose their lives in relatable and humorous ways. Of course, oftentimes there are some exaggerations and emphasis on aspects that probably are not as severe as the comic may seem, but ultimately the point that gets across is something that occurs to many people. Thus, are able to access the truly human experience of themselves and their readers, making them so beloved.

Air Travel: How to Travel Light

Eyebrows: To Thread or Not to Thread