Catching up on the Latest Entertainment News

Jenifer Lawrence recently revealed that she would like to take a break from acting and Hollywood craziness and return to a countryside to live more normal and stress-free life.

The Oscar-winning actress grew up on a horse farm in Louisville, Kentucky. “I want to get a farm, and I want to be, like, milking goats,” Lawrence said to ELLE in her latest interview, published in November 2017.

The actress is one of the highest-paid in the world, and she’s been busy on the screen shooting movies and promoting them worldwide since 2006. She’s been acting almost continuously for the past seven years, with an average of three films per a year.

One of her most memorable movie roles is a performance as Katniss Everdeen, in the acclaimed movie, The Hunger Games. She also made an excellent performance as Raven in the X-Men movies, with the X-Men: Dark Phoenix, which will be released the next year. Furthermore, she will be seen in the film Red Sparrow in 2018, with the promising role of playing a spy.

While on a planned break, Jenifer intends to focus on her work within a corruption-fighting nonprofit organization, Represent.Us. Hopefully, Jenifer Lawrence will find some time to rest and focus on other projects and interests and come back on a movie screen soon. 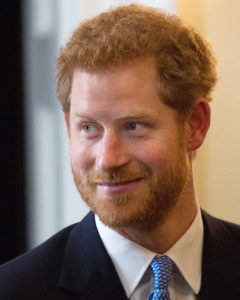 The story of their engagement started earlier this month, but now it’s official! Prince Harry will marry 36-years-old actress Meghan in spring, 2018.

The secret romance was not secret for too long. Meghan Markle was harassed by the press in the past few months due to the enormous publicity she received for dating a member of Royal Family.  As a real prince charming, Prince Harry came to her defense.  The palace released a statement: “Prince Harry is worried about Ms. Markle’s safety and is deeply disappointed that he has not been able to protect her. It is not right that a few months into a relationship with him that Ms. Markle should be subjected to such a storm.”

Prince Harry and American star Meghan have a few interests and passions in common from activism, public service to philanthropy and foreign relations. Before meeting Prince Harry, Meghan was thinking about leaving her acting career and stepping away from the Hollywood spotlight. However, little did she know is that she will step into a brighter light by marrying a handsome Prince Harry. Meghan talked about her relationship with Vanity Fair: “We’re happy. Personally, I love a great love story.”

Meghan was married for two years to film producer, Trevor Engelson before they divorced in 2013.

For Thanksgiving, Miley Cyrus had a double celebration. This year she was celebrating Thanksgiving and her birthday with her family and friends. This is the perfect combination of turkey and presents for the “Wrecking Ball” singer.

Actress, singer and The Voice coach turned 25 this year and posted a bunch of photos on her Instagram account. One of her Instagram photos sparked a rumor that she might be pregnant. Miley reacted soon enough, denying any speculation about her pregnancy: “Not pregnant, just eating a s–t ton of Tofurky…RUDE!!!!”

On her Instagram photo, Miley Cyrus is posing like she might be pregnant. However, we should not forget that around Thanksgiving we all look like we are carrying a baby. Only, the rest of us are not being judged by the whole world when we are posting our Thanksgiving photos.

Hopefully, Miley did not let this ruin her celebration. Miley Cyrus was celebrating Thanksgiving with her family and her boyfriend, Liam Hemsworth in Malibu.

Cryus wrote on Instagram: “My mannnnnn’s already winnin & it ain’t even my bday yet! Rainbow LiLi is soooo frigggggen cute!”

The Holy War Against Rock Music