Society is obsessed with success. We idolize the rich and famous, and try to model ourselves after who we see as the “best and brightest.” However, by glossing over failure, we miss valuable lessons that it can teach us. Dr. Samuel West, an organizational psychologist, has always been interested in the psychology of failure. Instead of quickly moving on from failures, he wishes everyone would stop and really focus on their mistakes, which he says are all unique. Success, on the other hand, is fairly simple. 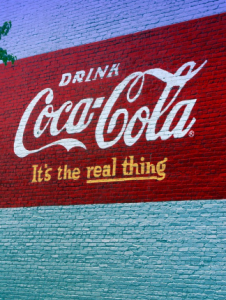 Coke has at least two big failures in the museum

West lived out his fascination by finding failed products from big companies like Nokia and Sony. He went to a London conference and set up a booth, where he displayed six of the flops as proof that every company fails sometimes. When his booth was more popular that he expected, he got financial assistance from an innovation agency in Sweden to start a museum. It opened in June of 2017 in Helsingborg, Sweden.

There are more than 70 failed products, each funny and interesting in their own way. If you visit, you’ll see Colgate’s attempt at getting into the frozen food industry, Donald Trump’s “Trump” board game, and Betamax. Some of the products represent a company’s inability to move with the times, like the VHS case from Blockbuster. Initially a very successful company, Blockbuster failed to jump on board streaming content, and even fired the CEO who urged them to transition. Other items, like Google Glass, were hampered by technical issues, red tape, and high prices. The coffee-flavored Coke, Coke BlaK, which only lasted for two years, was just a bad idea. The creepiest museum piece is undoubtedly the Rejuvenique facial mask, which is worn like the serial killer Jason’s hockey mask and sends electric shocks into your face. It supposedly “relaxes” and tones your face muscles. 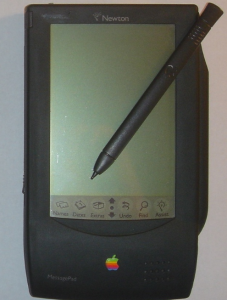 Apple had a big bust with the Newton MessagePad

When you go to the museum, Dr. West wants you to have fun, but also to reflect and learn. Learning is the only way to improve, and nothing teaches us as well as failure. Thomas Edison has a famous quote about it: “I have not failed, I’ve just found 10,000 ways that won’t work.” West wants to take it further, and stop making “failure” a dirty word. A culture that celebrates failure is a culture that lets everyone be human, have flaws, and ask “dumb” questions. When that happens, great things can happen. One of the exhibits comes from Apple, one of the most innovative companies of all time. The Newton MessagePad was supposed to take on the Palm Pilot, but failed. However, Steve Jobs took the essential technology and hand-held design, and created the iPhone and iPad. If Apple had tried to sweep their failure under the rug, they wouldn’t have been able to take what was good about it, and make something great.

When you go to the Museum of Failure’s website, you’re created by the quote, “Learning is the only way to turn failure into success.” The museum also hosts evening events where visitors can eat from a gourmet tasting menu that flopped or listen to music that bombed. If you’re in the city, be sure to stop by. There’s also a touring pop-up version, which has traveled to cities like Istanbul and Miami. Admission is 10 euros for adults, and children 12 and under get in free.

For more ideas on where to find unusual tourist attractions, click here.

Up-And-Coming Flavor Trends To Get Excited About