Women are beautiful. I don’t say that just because my publisher is a woman or because my wife regularly reads what I write. I say that out of truth, and because Christian Cowan’s 2020 Spring Line celebrates a woman’s appearance, as his lines always do. Gildshire’s Lev Radin was at Cowan’s NYFW Fall 2019 show, and he filed beautiful photos of beautiful women wearing Christian Cowan’s Spring line of clothing. (It’s good to be Lev Radin.)

No one knows that women are beautiful more than Christian Cowan. That’s why he has his finger on the pulse of his clientele. Some designers strive to tell a woman how she will look the best next season, and that works for them, The designer that is, but not necessarily the woman. Cowan asks women what they want to wear, and turns their thoughts, and his genius, into sartorial splendor year after year. It sounds a lot simpler than it is. But, Christian Cowan figured out the formula years ago and continues to lead the way. Nothing about his Spring 2020 line says things are about to change in that regard. 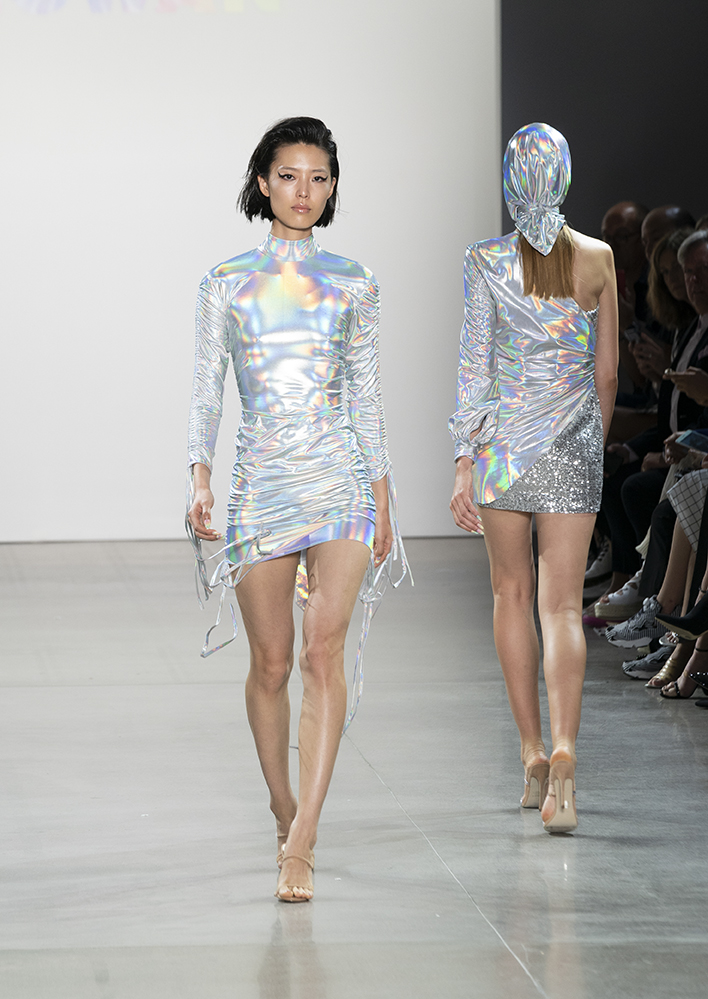 Okay, stop teasing me. What do women want to wear next Spring?

The woman who loves Christian Cowan’s line of attire likes a heel, albeit not one that will make her break her neck on the way to the theatre. She loves colors, both bright and beautifully contrasting. But mostly, she has absolutely no fear of standing out in the crowd. One might say that her hobby is “shining.”

The ladies in the front row for his New York Fashion Week Spring 2020 lines certainly live shiny lives. They included “Claws” actress Karrueche Tran and singer Erika Jayne. (Ms. Jayne is about to make her Broadway debut, so her presence caused quite a stir.

But, sparkle and glitz at a Cowan show are not unexpected. It’s in the energy Cowan delivers. Stretchy crystal dresses? An abundance of sequins? Plumage to make a peacock weep with a sense of aimlessness? All true and all on display this night in Gallery II at Spring Studios.

But there was something different about this show. Sure, there was flash, dash, and more than a little sass. However, for Spring 2020, Christian Cowan wanted more. Hence, a narrative emerged. 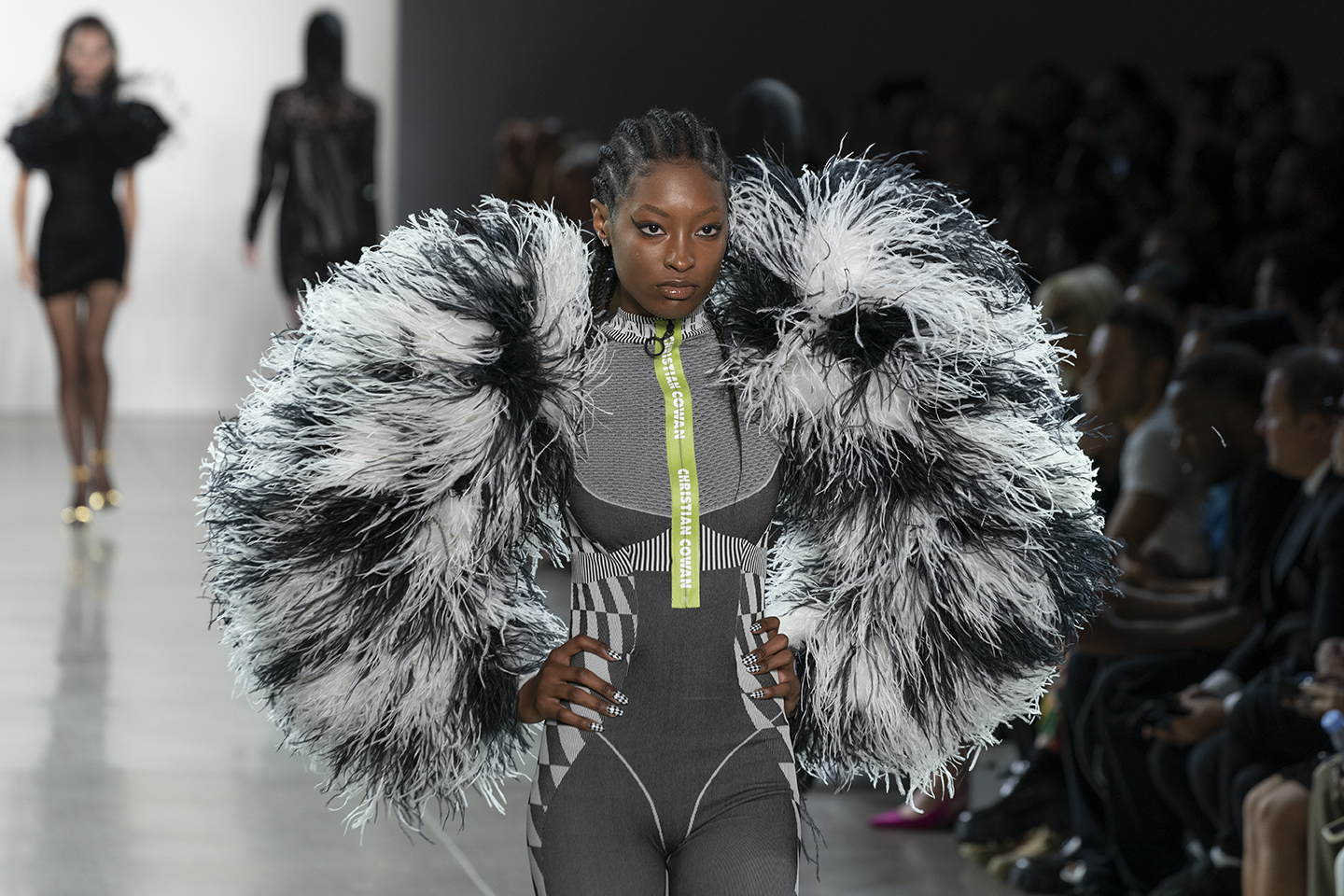 In this show, Cowan drew his inspiration from his mother’s side of the family. They came from Spain and the seacoast town of Moaña. Karolina Kurkova opened the show, adorned in a sequined bathrobe. It was an unmistakable nod to the universal custom of toweling dry after a dip. Cowan’s maternal family regularly swims in the Ria De Vigo or the North Atlantic just a little way south of their hometown. The tie-dyed patterns up next evoked the colors we would see if we took a summer holiday in the region.

Then, Cowan departed that theme to display a perfume-inspired harlequin pattern. Hard on the heels of those, he presented party wear to the delight of the New York City crowd. They may not know Moana, Spain from Mozambique, but they know a party and how to dress for one.

The Christian Cowan NYFW Fall 2019 show took your breath away. When you realize that Cowan is still a half-decade short of his 30th birthday, it all seems that much more remarkable. He’s done this well so far, but what’s next? With his keen eye and expert instincts, Cowan needs only to say, “Watch me.”