There was a day when the major sports leagues avoided Christmas Day. It was seen as a time for families to pay attention to one another, eschewing the television. Then, when eased out of the spotlight by late-season NFL games, the National Basketball Association dipped a toe into Christmas afternoon. To everyone’s surprise, (the NBA included) people watched. So the Association added another game. More people watched it! That was the genesis of what we have today. Five NBA games in rapid succession, from morning to night. Rather than a day to avoid, teams clamor to be a part of the package, televised by the ABC/ESPN family. Indeed, it is considered a badge of relevance to gain entry to the Christmas Day showcase. Today, Gildshire ranks the Christmas Day basketball games by interest level.

The Warriors and Rockets have played some epic playoff series’ over the last few seasons. Houston fans will tell you that they were a healthy Chris Paul from dethroning the Warriors in the middle of Golden State’s golden run. This is a great matchup. That is if it was played any recent year. The Warriors are a shadow of their recent past, and the Rockets are a threat to win it all. This one won’t be close, as Houston pours it on. Skip it, and use your time playing virtual reality games.

Obviously, the schedule comes out before the season and after the draft. There would be little reason, otherwise, for this game to make the Christmas Day schedule. When the Pelicans drafted Zion Williamson first, they were granted instant credibility. Everyone wanted to see how the big man would do against the best competition in the world. Then he got hurt…and remains hurt. His team has won just six of twenty-eight games, and know that a .214 winning percentage is not worthy of a Christmas Day slot. The Nuggets are good, but not great. They will make the playoffs but fail to advance to the conference finals. As such, they are an okay team for Christmas Day. Skip this one and have another slice of pecan pie.

The story of the Toronto Raptors was a fun and exciting one last year. Call it Warrior Dynasty fatigue or just a desire for something new, but 49 states out of 50 coalesced behind the Raptors against the dynastic Golden State Warriors in the finals. Then we watched the victorious Raptors in their victory parade, attended by every Canadian in the country. No, we counted! Every Canadian! This year, post superstar Kawhi Leonard Toronto hasn’t fielded the same quality product. That is understandable. However, the Raptors remain competitive and a fun team to watch. Boston is third in the conference, which puts them on the fringe of contention. This should be an entertaining matchup. Keep an eye on it while the kids open their gifts.

At this writing, the 76ers have yet to lose a home game. Christmas Day in walks Giannis Antetokounmpo to try and topple the home-standing Sixers. Known as The Greek Freak, Antetokounmpo brings his Bucks into The City of Brotherly Love with bad intentions. This is a good matchup and could well be a preview of the Eastern Conference Finals next spring. If so, that will be a series for the ages. Watch this one while holding your new warm coat.

Ah, yes. This is the one that the schedule-makers put in the prime-time slot for a good reason. It’s Kawhi Leonard and the oft-overlooked Clips against LeBron James, and the glittery Lakers. The expected Western Conference Finals come to Christmas Day wrapped in glorious expectation. 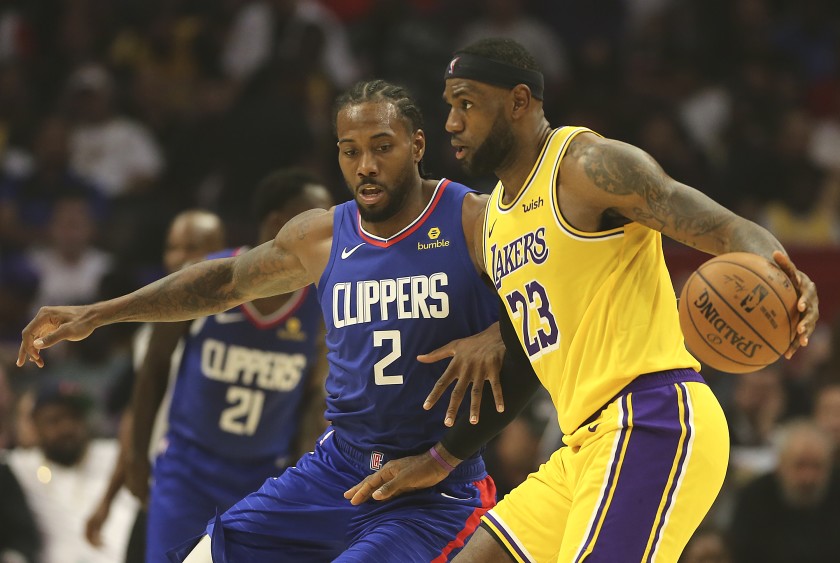 Your Christmas Day basketball gift is the Clippers and Lakers in prime time.

Sure, the Houston Rockets may have something to say about the Conference Finals, but the Rockets don’t matter during these 2.5 hours. Because this is the Battle for L.A., baby! Neither do your loved ones unless they are going to watch alongside you. Luckily, they probably will. The NBA knows it, ABC knows it, and Gildshire knows it, as well. Because this is Christmas Day basketball, fully realized. Think of it like Matthew McConaughey driving that Lincoln.

Enjoy the Christmas Day basketball, friends, no matter how many of the games you decide to take in. Enjoy it with your family, and whoever else drops by the house with a gift for you. You can always use another present.

Tricks That Will Keep You from Saying Something You Will Regret

Why Do You Get Sleepy After You Eat?