As the United States approaches the peak of the Covid-19 outbreak, we are all doing our part in keeping a social distance from others. That means that your favorite club, or even movie theater, is beyond your reach. What better time to watch a classic? While we call them “classic social distancing movies,” most of them involve close human contact. You know, the kind we used to enjoy. How “classic?” Gildshire settled on thirty years ago as the cutoff. That way, you can enjoy a good classic, and still, for the most part, see it in color. Enjoy!

Rebel Without a Cause, released in 1955, starring James Dean, Natalie Wood, and Sal Mineo.

Enjoy this one for the teenage angst, the class struggle, or the sheer amount of product that Sal Mineo used in his hair to make it look like that. James Dean, pictured above in this movie, only made three films. For most of us, this was his best performance as a youth wound too tightly.

This one is a barely fictionalized drama that is prominently based on the assassination of Greek politician Grigoris Lambrakis six years before this movie’s release. The film is about a political conspiracy, and the cover-up that follows. It follows a somewhat complicated plot, but with a dark sense of humor, that makes its complexities worth it. It delivers a well-aimed satire at the military leadership of Greece at the time.

You may have seen this one before, but you should see it again. It is a clear-eyed film about racial justice in the South. It is also about how adults teach us their moral values when we are children.

Do you remember how you felt when you got into the school, club, or team of your dreams? Well, that’s how Susie Bannion felt, until she realized that the dance school of her dreams was covering up some sinister doings. This is one for the horror movie lovers among us.

A Face in the Crowd, released in 1957, starring Andy Griffith, pictured below, Patricia Neal, and Anthony Franciosa. 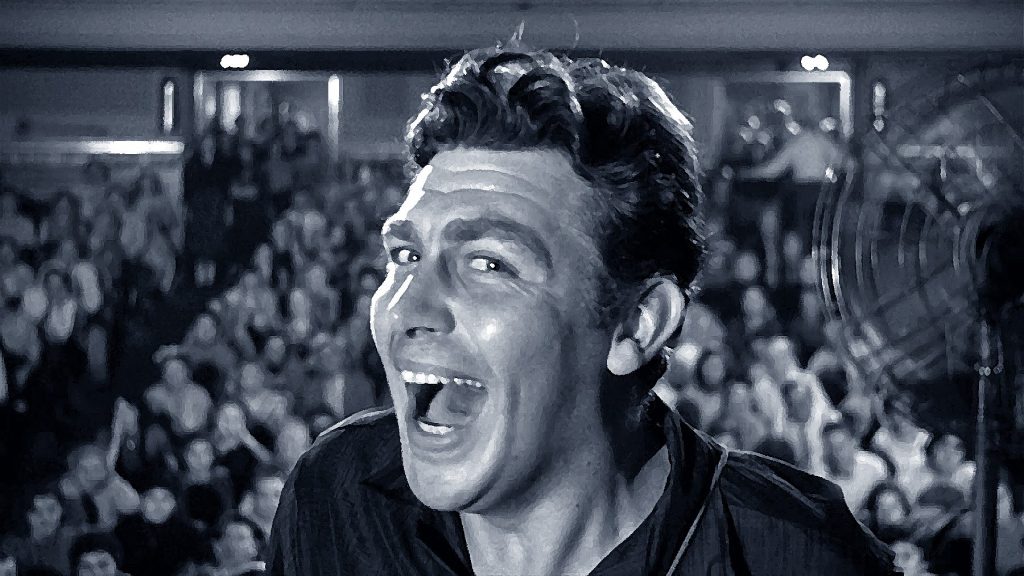 A Face in the Crowd is a great classic social distancing movie, no matter how many times you have seen it.

This movie is a classic about a small-time drifter who gets his own radio show. Eventually, he parlays that into the top of the media world. On his way up, he develops a taste for power, deceit, and ruthlessness. You may well see parallels to today’s world.

Roger and Me, released in 1989, starring Michael Moore.

This was the best of Moore’s documentary films, as he tries to get an interview with General Motors CEO Roger B. Smith. Moore wanted to share thoughts about the effect Smith had on Moore’s hometown of Flint, Michigan, after several factories were closed. *Spoiler* Moore does not get the interview. But we learn much about America as we follow along.

This movie is about a sound effect technician who discovers he found audio of an attempted political assassination while recording benign park sounds. It’s a solidly inventive thriller that is a good watch. Turn your speakers up!

The Night of the Hunter, released in 1955, starring Robert Mitchum, Shelley Winters, and Lillian Gish.

“The Night of the Hunter” is a unique work of art that is unlike anything else on our list. It is the sole directorial effort by actor Charles Laughton. It is about two children who flee when a corrupt preacher hatches a plot to marry their mother so he can steal their Dad’s cash.

The Seventh Seal, released in 1957 (what a year for great films!), starring Max von Sydow, Gunnar Björnstrand, and Bengt Ekerot.

Max von Sydow plays a knight who challenges Death to the chess match of the ages. The whole film is full of allegory and intriguing images. You will leave with more questions about death and life than you ever imagined.

That is our list of classic social distancing movies for today. However, if the current crisis drags on, we may come back with some more. It is a field well-worth drilling for oil. There is a strike around every corner!

Mobile Phones And Tablets: How Have They Changed The Trading Industry?