Sixteen architects were asked to participate in a single project for the FREESPACE exhibition at the 2018 Venice Architecture Biennale. This project, Close encounters: Meetings with Remarkable Buildings, is currently on exhibit at the Glucksman Gallery at University College Cork, though not for much longer; the exhibition closes to move on to another establishment on June 30th, 2019.

Close encounters: Meetings with Remarkable Buildings was curated by Yvonne Farrell and Shelley McNamara, the first Irish nationals invited to curate the Venice Biennale in it’s 123 year history. Farrell and McNamara invited sixteen contemporary practicing architect teams with a mixture of experience levels to research one selected building from a compilation of buildings from around the globe by the curators. Their goal with this project was for the invited architects to use established works of other architects to help those works be understood, re-valued, appreciated, and remembered for its innate worth. A second aim of this project was to expose the sixteen Irish architects to develop skills in presenting and communicating their work to a public audience. 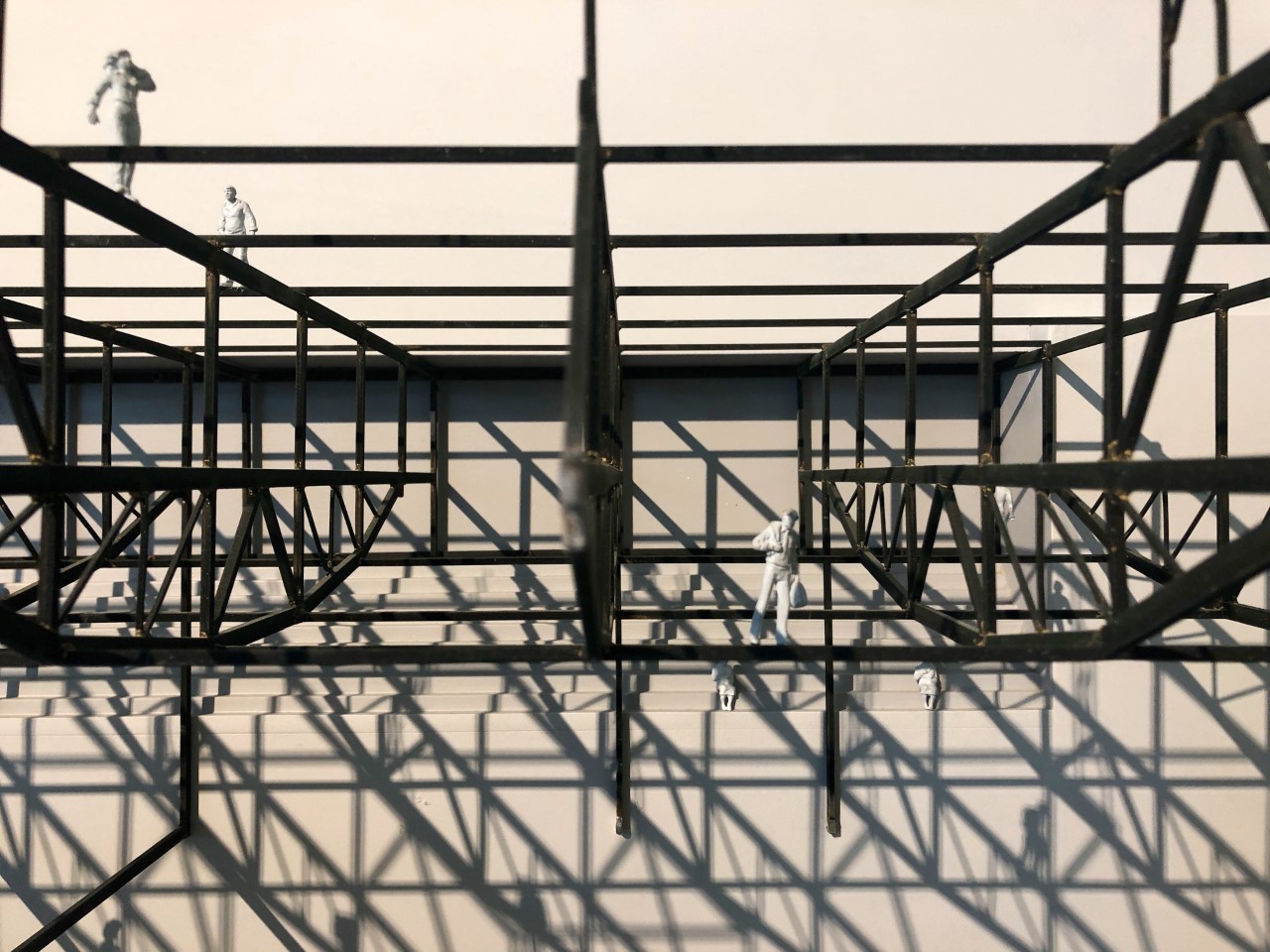 With the support of the Arts Council of Ireland, the architects were tasked to respond to one of the significant buildings chosen by the curators. As earlier mentioned, the goal of the project was to respond in a way that would interpret the work, represent the core idea and worth of the building, and be able to communicate that to the audience. Unleashing their creativity, the architects explored defined works of architecture and opened up a new way to experience and understand contemporary Irish architecture. Ultimately, this was to create a legacy for the work and Irish architects alike.

The project was set to tour Ireland as a way to introduce these architectural talents to the populace of Ireland. This exhibition is one of the biggest architectural displays Ireland had ever seen. The tour further gives a chance to leave a lasting legacy for Irish architects, architecture, and artistic culture as a whole. And finally, it will allow the architects to present their pieces to an Irish audience.

Fiona Kearney, Director of the Glucksman, stated “Close Encounter is a thrilling glimpse into the imaginative space of architecture, and the many ways in which architects might interpret a building. It is a privilege for the Glucksman to host the Irish premiere of the exhibition and to share this exploration of structure and space. Our visitors will be fascinated by the ambition and intricacy of the 16 works. They will no doubt inspired to learn more about the importance of architecture in our everyday lives.” Here, Kearney is emphasizing the potential influence that this project will have on the general population. While architecture may come off as rigid and limiting, there is truly a huge creative element that is not often seen. This exhibition enabled the invited architects to consider endless possibilities and think outside the box. Thus, they are able to show the rest of the world exactly what architects can do. 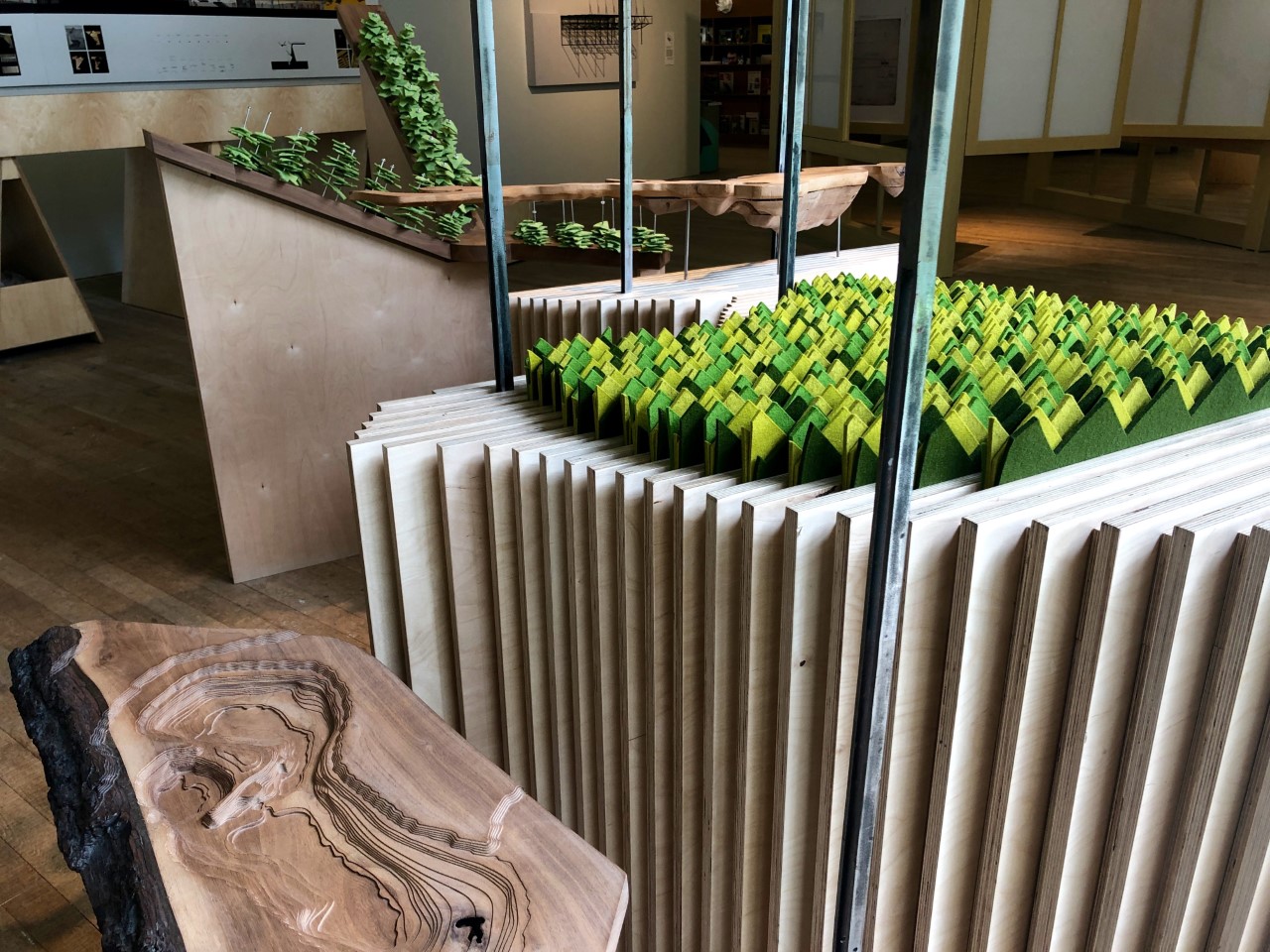 Olmstead in Buffalo: City in a Park by Bucholz McEvoy Architects looks at Frederick Law Olmstead’s plan for Delaware Park in Buffalo, New York and deciphers its interwoven layers that when come together, forms an organic whole. The physical piece that Bucholz McEvoy created is a semi-abstracted model of the park that delaminated the landscape, infrastructure, and built forms of the park. When looked at the piece as a whole, rather than separate parts, the viewer can see the warm environment the park creates.

On a similar note of coming together to form a whole, Dominic Stevens of JFOC Architects creating Inventing Space for Action, a piece that looks at a spectrum of social life. This small, distilled model based on the Maravillas Gymnasium by Alejandro de la Sota represents the complexities of social life within the interactions of the school population. Placing figures at various points within interstices of the steel structure emphasizes the range of sustained social interactions.

These pieces are just two of the many pieces on display at the Close encounters: Meetings with Remarkable Buildings exhibition. Each architect team investigated and presented their analysis of the building that emanated reverence, understanding, and generosity towards the original architect and the structure itself.

Those Who Admit Not Knowing, Know More