Captured comfort women in Myitkyina on August 14 in 1944

WWII is one of the most studied wars in history, but there is one aspect of it that is forgotten. An unknown number of women across Asia were lured or kidnapped by the Imperial Japanese Army and made to serve as “comfort women,” which is a euphemism for prostitute. Their abuse lasted the whole duration of the war, making it the largest case of human trafficking in the 20th century.

During the war, the Japanese army had a problem. Their soldiers were restless and their commanders feared they would start to rape the local population, risking venereal disease. The solution was to set up “comfort” stations. Prostitution in Japan was organized and legal, so it wasn’t difficult to set up a similar system in places like Shanghai. At first, comfort women were Japanese prostitutes who volunteered to serve soldiers. As Japan expanded their military operations, however, they ran low on volunteers. They began seeking out teenagers from the areas they were settled in. Records show a combination of abduction and enticement, where women would be lured with promises of work as nurses or in factories. Once they arrived, they were essentially prisoners. 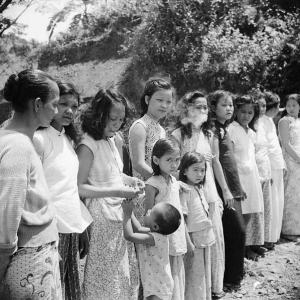 If a soldier wanted to go to a comfort station, he needed permission. Once there, he would look through pictures and choose a woman. When he paid, the money was supposed to be divided between the comfort station manager and women, but it’s unlikely the women were being treated fairly. Records show grueling conditions. There were no holidays, and women rarely had two days in a row without work. Some women reported having to service between 10 to 100 soldiers per day.

Sexual abuse was common in the comfort stations. If a woman had been forced into the comfort station and not volunteered, she would be initiated through rape. Survivors recount being tortured and beaten. About 75% of the comfort women did not survive the end of the war, and of those left, most suffer from infertility, STDs, and PTSD.

By the end of the war, comfort women from places like China, Taiwan, Indonesia, and the Philippines numbered as low as 20,000 or as high as 400,000, depending on the historian. Japanese historians tend to veer on the lower side, and deny that any of the women were forced into service. When Japan surrendered, many comfort women were killed by the Japanese army or forced into committing suicide after being told that the Allies were cannibals.

Unfortunately, life didn’t much improve for victims once the US moved into formerly Japan-occupied areas. American authorities allowed Japan to set up a prostitution system for GIs. The system thrived through the 1980’s, especially in South Korea, which was eager for US protection. Young women were sought out by the government and encouraged into prostitution specifically to service American soldiers. Periodically, the women would be forced to take STD tests, and those who tested positive would be held prisoner in quarantine centers. 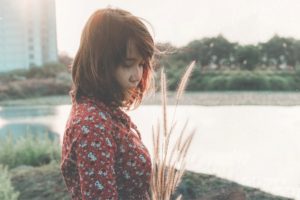 Pain runs deep for comfort women and their families

Activists and survivors have been speaking out in recent years. There are countless lawsuits against governments like South Korea, and demands for apologies. In 2015, Japan and South Korea signed an agreement where Japan apologized and provided over $8 million to survivors and relatives. However, South Korea was then required to not bring it up again and to remove a memorial statue of a comfort women, which sat in front of Seoul’s Japanese embassy. The public resisted, and when the statue was removed, activists put a new one in 2016. New information is being dug up, like the very first footage of comfort women, and the wounds of the past remain very fresh.

Japan’s geishas were often treated like prostitutes post-WWII by occupying American forces. Click here to read about their true history.