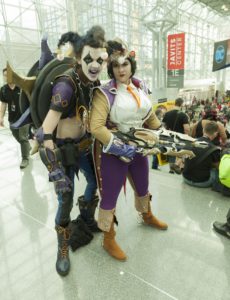 Everyone knows that fads come and fads go. Like tilapia and guests from out of town, they are great the first day, ok the second, and deadly the third day. Here at Gildshire Magazines, we have to stay nimble when it comes to embracing the new and hot because it will be yesterday’s news before noon tomorrow. Except, that is, for Comic-Con. We have come to believe it will be around forever.

Begging the indulgence of those in the know to explain for those born before 1960 (or who aren’t fans of The Big Bang Theory) what Comic-Con is, and how it began. Technically, a meeting of comic-book fans, creators, and publishers, it has become so much more than that. So…Much…More.

The first official Comic-Con took place in 1964 in New York City, as a one-day event held at the Workman’s Circle Building. About 100 people attended.  The rest of the 60s saw Comic-Cons take place annually, but without making a major mark on the cultural landscape.

Comic-Cons increased dramatically in the 1970s. Many of the largest conventions currently running were established during the decade. Between 1970 and 1976, they sprang up in most major American cities, as well as in London. Comic book creators, editors, and publishers began to attend conventions as official guests. 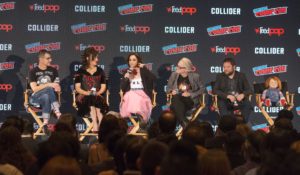 The decade of the 80s was a landmark timespan for Comic-Cons. It was in those ten years that the conventions went from small and medium-sized gatherings to sprawling temporary cities lasting days. The 80s also marked the dawn of “cosplay,” which is a mashed together term for “costume play.” Cosplay has become a cottage industry of its own, with elaborate displays of wearable fan art and role-play. 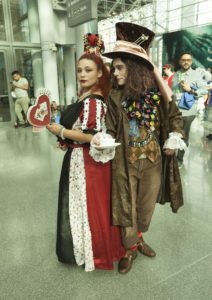 No, it isn’t going away anytime soon. Most fads fade away, but this one seems to only grow stronger. Like most huge enterprises, though, differing forms have developed in the genre.

Commercial Shows versus Volunteer Conventions: A primary focus of commercial events is celebrity “appearances.” Long lines queue for autographs at these events. Famous actors such as William Shatner of Star Trek fame are paid tens of thousands of dollars per convention. Bit players from science fiction/comic book/fantasy TV shows and movies will sell you an autograph or cheap trinket. The largest conventions (in terms of attendance) tend to be commercial ones.

Some fans prefer the smaller volunteer events. Autograph sessions occur at volunteer gatherings, as well, but are less the focus of the event. Admission fees to a volunteer event are often called “memberships,” giving at least the illusion of a cooperative endeavor. Shatner won’t be at a volunteer show, but the guy who runs the comic book store down the street will be there. He’ll be thrilled to see you. 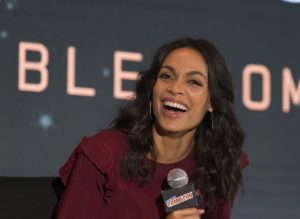 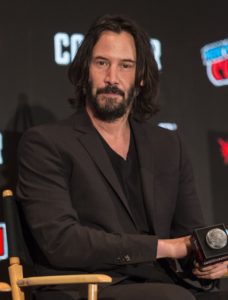 Independent Shows: These shows feature alternative comics, rather than DC Comics and Marvel. They are considered more “serious” shows. Cosplay is rarely a part of the scene at an indy show. Alternative Press Expo in San Jose is a good example of an indy show. STAPLE! in Austin is another. Stumptown Comics Fest in Portland was another. It closed for good in 2013.

Comics-Only Shows: Comics-only get-togethers emerged in response to the sprawling conventions epitomized by San Diego Comic-Con International, and New York Comic-Con. Comics-only shows hearken back to the genre’s roots. They focus on superheroes, fantasy, and crime. Dealers sell back issues and other collectibles, but without the overbearing presence of mainstream publishers. Baltimore Comic-Con is a good example of Comics Only, as is Heroes Convention in Charlotte. The latter has been in operation since 1982. The former is 17 years old.

That is a quick overview of the phenomenon but is hardly encyclopedic. The best way to understand Comic-Con is to attend one yourself. There’s probably a local one if your town is bigger than Smallville. Look for the guy or girl in the weird FTD-like hat. We are told that’s Valkyrie Mercy. She’ll know just where to go. Have fun!

Kia Stinger Looks to Buzz Past the Competition