Comic-Con is the best experience in pop culture where you can embrace a hero inside of you. The New York Comic Con is a yearly event produced by ReedPop, a division of Reed Elsevier and Reed Exhibitions and it’s not affiliated with long-running San-Diego nonprofit Comic-Con.

Why Comic-Con is a Perfect Place to Geek Out?

Comic-con in New York City was the perfect place for everyone to geek out, embrace yourself and accept yourself fully. The event was held at Javits Convention in New York City from 7th until 10th of October and thousands of fans were thrilled that the Comic-Con is finally back.

After being cancelled in 2020 because of the pandemic, the four-day Comic-Con was held at the Javits Centre in New York City.

The event is dedicated to graphic novels, comics, video games, anime, cosplay, manga, movies, and television. The first Comic-Con in New York City was held in 2006, and it’s been the event for all heroes and villains for the past 16 years.

Apart from standard talks, panels, and meet-and-greets, this year there was also a new cosplay event. 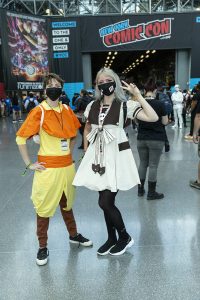 The History of Comic-Con in New York City

The first Comic-Con from 2006 had only 10 000 attendees so the Comic-Con grew exceptionally in the past decade. Major guests that year included Frank Miller and Kevin Smith. From that year, it was clear that Comic-Con needs more space for more people since interest from the start was on a high level. From 2007, the space for Comic-Con was double, moving to the upper levels of the Javits Center.

The third Comic-Con continued to grow and occupied most levels of Javits Center, expanding the capacity by 50% while the fourth was held in 2009 and included a charity art auction. In 2010, the Comic-Con was moved from April to October. Additionally, the New York Anime Festival was merged into Comic-Con, and convention space was increased by 40% where the anime festival was moved to the lower levels of the Javits Center.

From 2011, the Comic-Con was expanded to four days where the first day of the convention was initially limited to professionals, fans, and the press that bought a four-day pass. By 2013, the attendance of Comic-Con in New York City grew to 130,000 people which was competitive enough for San Diego Comic-Con.

In 2014, the Con attendance reached 151,000 attendees becoming the largest comic con convention in North America and it can’t be any bigger.

Literally, it can be any bigger for the capacity of Javits Center. In 2016, it was announced that everyone attending Comic-Con has to complete a fan verification profile. The organizers tried to attempt a reduction of resellers and scalpers who would purchase tickets. Also, the fan verification profile had to be completed between May 20th and June 14th, and tickets purchased could only be assigned to a registered profile. In 2016, it was announced that they won’t be selling VIP tickets. From 2017, 3-day and 4-day passes were discontinued so only single-day tickets for Thursday, Friday, Saturday, and Sunday could be purchased.

The convention from the 2020 show was originally scheduled for the time between October 8th and 11th. In August, the organizers announced that the Comic-Con is cancelled due to the pandemic. Instead, organizers had a virtual event called “New York Comic Con X MCM Comic Con Metaverse” which was scheduled on the same dates as for the previous years. 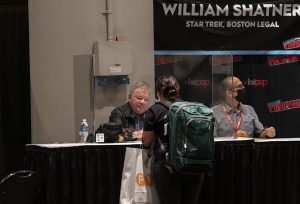 Contestants for the competition were chosen based on recreating a character design or their own design based on a character from pop culture, and it was judged based on accuracy and interpretation.

Comic-Con in New York City required all attendees who are 12 or older to have proof of full vaccination. Those who were under 12 had to have a negative PCR test. Masks were mandatory.

In total 150 000 people attended New York City’s Comic-Con. Health and safety protocols in New York promised reduced capacity at the show and they followed through with their promise. The number of 150 000 people is far less compared to 260 000 fans that attended the Comic-Con show in 2019 before the pandemic outbreak. On top of that, you couldn’t get a green wristband without proof of vaccination or a negative PCR test. Each attendee was verified according to the protocols without any exceptions.

The reduced number of attendees was apparent on Saturday, which is usually the most crowded day at the Comic-Con event.

On the other side, other big publishers such as Viz Media took their usual large booth space. Viz was joined on the floor. Other small independent publishers who joined include MadCave, Zenescope, Scout Comic.