This month, Johan Sebastian Bach turns 333 years of age. His music transformed the way his contemporaries thought of the art form and influenced everyone who came after him, driven to put music to paper. Gildshire loves music in all of its forms. Today, in honor of the great J.S. Bach, we look at a list of the top composers in history. Who influenced them? Subsequently, upon who did they have influence? Finally, what was their most important work? By the way, try this last question while at dinner with music scholars. You’ll have a most interesting evening. You may later wish you had stuck with celebrity gossip. So, in no particular order, the composers who changed the world of music. 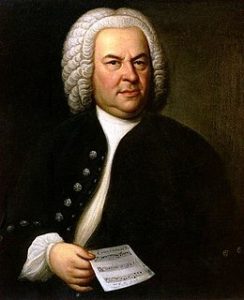 Our list of composers begins with the Birthday Boy, J.S. Bach.

Johan Sebastian Bach: Hey, it’s his birthday, so he deserves to be listed first. J.S. Bach was influenced by Johann Pachelbel and Dieterich Buxtehude. A list of composers who he influenced would require a piece of paper stretching from Vienna to Hamburg. A partial list includes Haydn, Mozart, Beethoven, Schumann, Mendelssohn, Chopin, and Brahms. J.S. Bach’s most important work: Brandenburg Concerto No. 2, written in 1721 when the composer was 36 years old.

Joseph Haydn: Nicknamed “Papa” for his avuncular personality as well as his musical influence, Haydn came of age at the end of the Baroque period. Influenced by J.S. Bach, but also by his son C.P.E. Bach and the concertos of Antonio Vivaldi. In turn, he influenced Mozart, Beethoven, Brahms, Prokofiev, and Ravel. Joseph Haydn’s most important work: “Trauer” (Mourning) Symphony No. 44, written in 1772, when the composer was 40 years old.

Wolfgang Amadeus Mozart: Ah, yes, the original Boy Wonder. At six years of age, Mozart was paraded around Europe by his father. Influenced by Johann Christian Bach (another of J.S.’s kids), along with Georg Friderick Handel and Haydn. In turn, he influenced Tchaikovsky, Rossini, Schubert, Schumann, Haydn, Beethoven, Stravinsky, and Rachmaninoff. W. A. Mozart’s most important work: Symphony No. 40 in G Minor written in 1788 when the composer was 34 years old.

Ludwig Van Beethoven: One of the reasons for Beethoven’s perceived (and actual) great influence on music was his position as THE pivot point between the Romantic and Classical eras.  Influenced by Haydn and Mozart, along with double bassist Domenico Dragonetti and violinist Rodolphe Kreutzer. In turn, he influenced Berlioz, Schumann, Brahms, Bruckner, Ravel, Bartok, and Mahler. Beethoven’s most important work: The Fifth Symphony, written in 1808, when the composer was 38 years old. 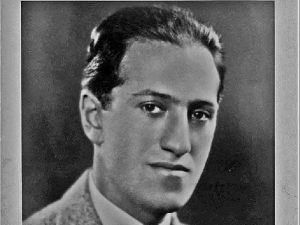 George Gershwin: Though he died at a young age, Gershwin’s music permeated the worlds of  Broadway, classical, and jazz alike. It was his impressive scope of influence that brought a jazzier, dare we say “hipper,” style to the concert hall. Influenced by Alban Berg, Dmitri Shostakovich, Igor Stravinski, and Darius Milhaud. In turn, he influenced Bernstein, Sondheim, Ravel, Richard Rodgers, Cole Porter, Ferde Grofe, Duke Ellington, and Billy Strayhorn. Gershwin’s most important work: Rhapsody in Blue, written in 1924 when the composer was 26 years old.

Richard Wagner: Few composers had as many adherents during their lifetime as did Wagner. Indeed, his influence in the world of music was profound, but no more profound than his influence in orchestral conducting, dramatic staging, architecture, and philosophy. Influenced by Mozart and Beethoven, as well as by dramatic soprano Wilhelmine Schröder-Devrient. In turn, he influenced Mahler, Strauss, Zemlinsky, Schoenberg, Webern, Berg, Franck, Sibelius, Puccini, Rachmaninoff, Dvorak, Elgar, Max Steiner, Karl Goldmark, and Howard Shore. Wagner’s most important work: Lohengrin, written in 1842, when the composer was 29 years old.

Claudio Monteverdi: He may not be as well-known as some of our other choices, but he deserves to be noted. Monteverdi sat astride the musical eras of Renaissance and Baroque. He was the first composer to develop opera to its full dramatic and musical potential. Influenced by  Giaches de Wert and Marcantonio Ingegneri. In turn, he influenced Schütz, Cavalli, Lully, Scarlatti, Rameau, and Vivaldi. Monteverdi’s most important work: Arianna’s Lament, written in 1608, when the composer was 42 years old. 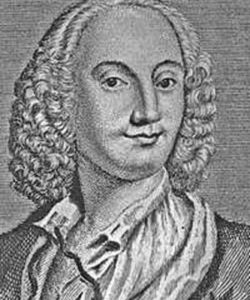 Guillaume de Machaut: In a discussion of any discipline, from music to baseball, we must pay our respects to the one who started it all. To be sure, no one can be said to have “started” music. After all, the first mother doubtlessly sang to her child. But Machaut popularized the use of four voices in harmony. That means every quartet from the Late Middle Ages to The Beatles owes something to this man. He influenced every composer who put ink to paper. Machaut’s most important work: Messe de Nostre Dame (Notre Dame Mass), written circa 1351 when the composer was 51 years old.

That’s our list. If you love music and music history, doubtless you have your own. But, enjoy and appreciate.