It was supposed to be a fun weekend centered around delicious food. For as little as $12 per ticket, you could get access to $2 tacos and the option of getting passes for the tequila expo. However, the Portland Taco Festival on on August 26-27 was anything but fun. The trouble started before it even began. 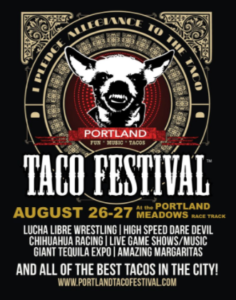 Advertisement for the festival raised a lot of eyebrows, with photos of white people peeking out behind cutouts of taco shells and wearing Lucha Libre masks. The festival planned a “chihuahua beauty contest” and races, while the poster for the event featured a chihuahua as well. Digital media company Mitú, which focuses on Latino issues, described the use of the tiny dog, wrestling masks, and other stereotypical imagery as “tone-deaf, casual racism.” The Portland area in particular is often guilty of this, because while they like to brag about how progressive the city is, it is still primarily made up of white people.

The festival came close on the heels of another racially-charged controversy over Kooks Burritos, a breakfast burrito food cart. The two female (white) owners said they had gotten their tortilla recipe in Mexico, where they watched women prepare food. When they asked about details, the locals refused. The

women later returned and, in their words, “peeked” through the windows to learn the secret. They then traveled to Portland and opened their cart.  The backlash was immediate and harsh – Kooks Burritos closed after only a month. The first Portland Taco Festival was entering into a cultural war zone. 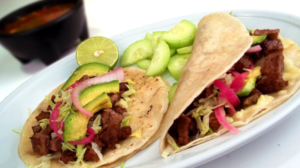 Trucks sold out within an hour and a half

While many were unhappy with the Taco Festival right off the bat, there were those who were willing to give it a chance. After all, who doesn’t like tacos? On the day, however, disaster struck almost immediately. First of all, there were only about 4 actual taco trucks. The other carts were a mix of Greek, Asian, and desserts. The lines were 2 hours long, and after 90 minutes, the trucks were sold out of tacos. The police had to be called in as the crowd became angry, and the on-site organizer was surrounded by people demanding a refund. The festival was promptly canceled.

Two organizers took to their website to apologize, saying that the trucks had not been able to prep as planned due to a power outage, and that all the trucks did actually serve tacos, but that fact wasn’t advertised clearly enough. If the Colorado-based company wants to launch another taco festival in Portland in the future, they have their work cut out for them. 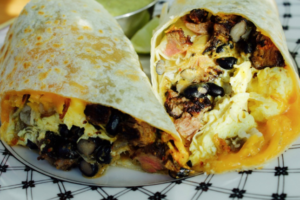 The Portland Taco Festival and Kooks controversy taps into what has been called “cultural appropriation” of food. Where is the line between appreciating the food of another cultural and stealing it? T. J. Tallie, an African History historian, explains that there is a difference between celebrating and imitating a food, and then acting as if the food style belongs to anyone other than the culture it came from. When someone is making money off of the food product, ownership becomes extremely important, which is why an eatery that doesn’t hire people belonging to the original culture or race often causes anger and frustration.

While the Portland Taco Festival definitely appeared tone-deaf and oblivious to food appropriation issues, they also had a ton of logistical issues that ultimately caused its downfall. If the organizers try again next year, they better make sure to correct those mistakes if they want people to pay to show up.