It all depends on who you believe. Some folks tell you that the concern is overblown, because chances are you won’t die from the coronavirus even if you catch it. Others say this thing could be like the Great Flu of 1918. That one took out thousands of people. Apparently, the organizers of this year’s Geneva Car Show are erring on the side of caution. They announced the show’s cancellation blaming unforeseeable events.

Actually, the organizers of the Geneva car get-together had little choice, as the Swiss government banned events expected to put 1,000 or more in one place at one time. The ban until March 15th at the earliest effectively makes the annual Geneva Motor Show a moot point.

Some car folks hoped the glitch in the car show calendar would be labeled a “postponement.” But show organizers clarified that this is an actual cancellation.

“The show cannot be postponed,” they said during an emergency press conference. “It’s too big. In September, October? It’s not feasible.” 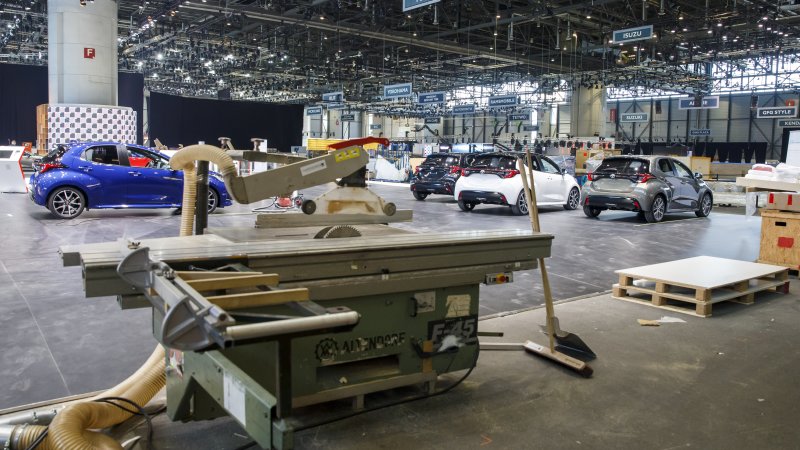 In a statement, Geneva Motor Show officials insisted they “regret this decision, but the health of all participants is our and our exhibitors’ top priority.” Ticket refunds for the hundreds of people who have prepaid for the event will be processed in the next week or so.

“Isn’t this a flip-flop from an original announcement?”

It is, indeed. Earlier Geneva Car Show organizers flatly confirmed the show was a go and at the usual March 5-15 time. But, a review soon followed after the first coronavirus case was confirmed in Switzerland.

But that was then, and this is now. This from the Geneva Car Show officials:

“The situation changed with the appearance of the first confirmed coronavirus diseases in Switzerland and the injunction of the Federal Council on 28 February.”

The International Exhibition of Inventions, planned March 25 for the same Palexpo facility in Geneva that would have hosted the Geneva Car Show, canceled late last month.

I’ve heard conflicting reports about the coronavirus. Can you clear any of it up?

Like almost everyone else, Gildshire is taking a “wait and see” approach to the coronavirus. However, “wait and see” doesn’t mean to ignore the danger or fail to pay attention to sensible precautions. We expect other large gatherings’ cancellations as a result of the virus and the uncertainties surrounding it.

I have heard they are talking about shutting down the Olympics before they even start.

Are the Olympics in Jeopardy?

I doubt it. There are billions of dollars at stake (that’s the cynic in me), and the lifelong ambitions of thousands of competitors (that’s the hopeful sports fan in me) at stake, as well. Count on Gildshire to keep you posted on events from the 2020 Geneva Car Show through the rest of the coronavirus crisis. Watch this space for updates.