At first, the news was breaking every few days. Then we got updates daily. Now, with news about the worldwide pandemic known as the coronavirus breaking every hour, the major sports leagues have taken proactive measures. Virtually all professional and major college sporting events have been suspended, or downright canceled. What World War II could not do, this insidious, creepy disease has been able to accomplish. Namely closing sports down.

The first dominoes to fall were the college basketball conference tournaments.

First, they were going to be played in mostly empty arenas. The games would be witnessed by family members and essential arena staff. Thursday morning, even those plans were scrapped, and the teams were sent home. The cancellation affected both the men’s and women’s conference tourneys from coast to coast.

The National Basketball Association was next. 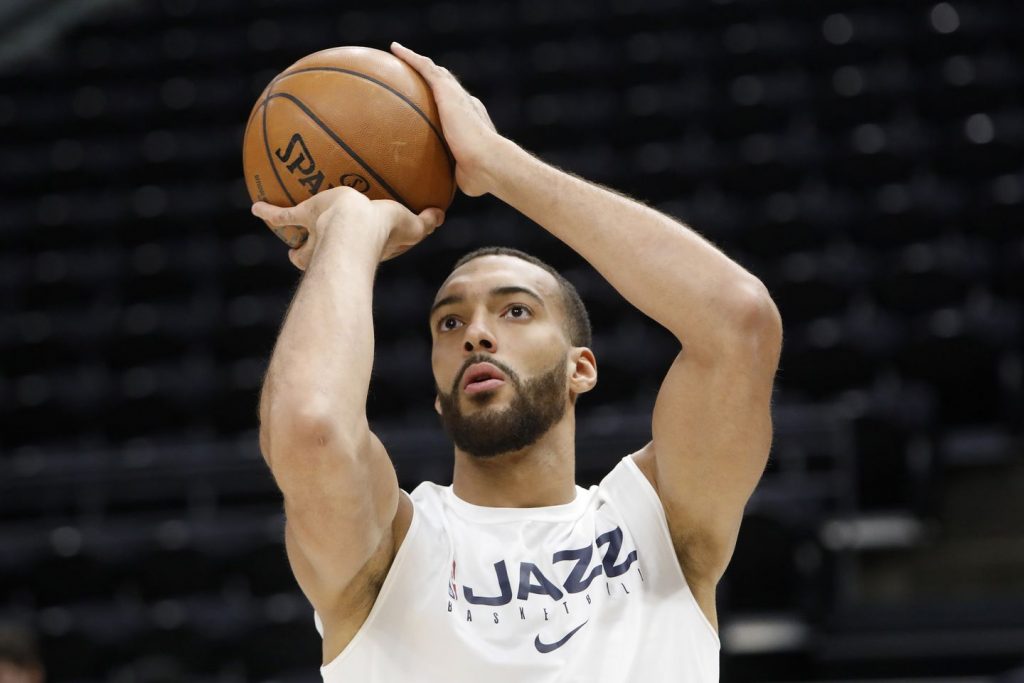 Rudy Gobert tested positive for the Covid-19 virus. That was the tipping point for closing sports down.

Wednesday, two members of the Utah Jazz, Rudy Gobert (pictured above) and Donovan Mitchell, tested positive for the Covid-19 virus. The positive tests caused the cancellation of two Wednesday games, including the Jazz/Nuggets game. The next day, the NBA announced that any further regular-season games would be suspended, and that the decision about the playoffs would be made at a later date.

The next domino to fall was the National Hockey League.

Commissioner Gary Bettman took a nuanced route in his announcement, saying that the regular season was suspended, but that the league would resume play as soon as it is appropriate, {and} prudent.

The MLS is expected to play the remainder of its regular season without making up games lost due to the suspension.

The PGA announced The Players Tournament, played in Ponte Vedra, Florida, will go on as scheduled, but without spectators.

This announcement was particularly impactful for fans holding coveted tickets to The Masters in Augusta, Georgia. Some fans wait a lifetime to get into the Masters.

In a departure from its decision about basketball, the NCAA announced late Wednesday that it would hold all of its hockey championships without fans in attendance.

These hockey tourneys include the Frozen Four as well as the men’s and women’s Division I tournaments.

The Association of Tennis Professionals suspended their tour for six weeks.

This decision was announced on Wednesday, in a news release published on the ATP World Tour’s website.

ATP chairman Andrea Gaudenzi said, “This is not a decision that was taken lightly and it represents a great loss for our tournaments, players, and fans worldwide. However, we believe this is the responsible action needed at this time…to protect the health and safety of our players, staff, the wider tennis community and general public health in the face of this global pandemic.”

Further word is expected later today that will clear up Major League Baseball’s plans concerning the regular season. Canceling Spring Training games, while a hardship on players trying to make the teams, doesn’t have the financial impact that canceling regular-season games has. That said, expect Commissioner Rob Manfred to take action. Including the likely delay of the start of the regular MLB season.

It’s a whole new world, sports fans. Keep reading Gildshire for the news about the resumption of play for your favorite team. For now, though, they are closing sports down.