Home » Our World » Could The Mosaic HIV Vaccine Save The World?

Close to 2 million people are infected with HIV every year, which means over 36 million currently live with it. For over three decades, scientists have been hunting for a vaccine, but it’s been extremely difficult, and trials keep failing. Could the new mosaic HIV vaccine be the answer they’ve been looking for?

HIV or the human immunodeficiency virus attacks the immune systems, specifically, CD4/T cells. The HIV virus is transferred through bodily fluids and destroys CD4 cells, dramatically weakening the body’s ability to fight off diseases and infections. Eventually, HIV turns into AIDS – acquired immunodeficiency syndrome – and the patient becomes extremely vulnerable to serious illness like cancer and pneumonia. With treatment, a person with HIV can avoid AIDS and live a fairly normal, full life.

HIV was mostly likely passed from chimps to humans through their meat, and by the 1970’s and 1980’s, the disease was in the United States. In 1985, the FDA licensed the first commercial blood test. South Africa currently has the highest number of people living with AIDS. 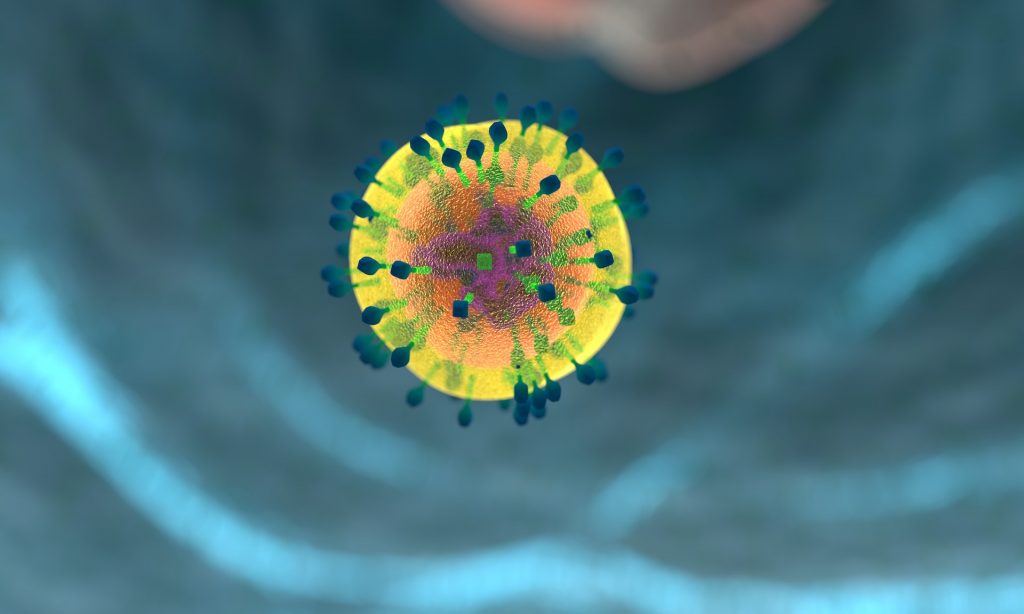 Why is a vaccine so hard?

Why has it been so hard for science to come up with an HIV vaccine? There are a handful of reasons, including the wide variety of HIV types and a lack of natural immunity. Also, while a person can recover from certain diseases (like chicken pox) and become protected against it, that isn’t the case with. HIV. That means scientists have no blueprint or model for what HIV immunity could look like. They’re basically taking shots in the dark.

What is this new vaccine? In previous vaccine attempts, scientists stuck to major viral strains, but the mosaic vaccine, as the name suggests, takes bits of a variety of HIV viruses and combines them. The one developed by Janssen Pharmaceuticals consists of three immune-stimulating proteins from a bundle of HIV strains. These are then housed in a disabled cold virus.

So far, results have been promising in both rhesus monkeys and humans. The human trial included 393 adults (who did not have HIV), and researchers reported that after a series of injections, the mosaic vaccine was tolerated and triggered an anti-HIV immune response. So, even though the study participants didn’t have HIV, their immune systems were stimulated, which is what will be needed for HIV patients. In rhesus monkeys, scientists actually did expose them to SIV (the simian version of HIV) along with vaccine injections, and 67% of them did not get the virus.

The next step is another trial, known as the Imbokodo trial. Each study participant will get six vaccinations over the course of a year. The main hope is that the vaccine will “teach” the immune system to block the strongest viral HIV strains. It’s unlikely that the mosaic vaccine will provide full protection, just because there are so many challenges and variations. If it’s even a little bit successful, however, it will be huge news. We’ll have to wait until at least 2021 to hear results.

One of the biggest steps in HIV/AIDS research was mapping the virus. The woman who did it would eventually be named the top female scientist of the 1980’s.