When you think of Spencer Gifts, you probably imagine the graffiti logo and aisles of gag gifts like rubber chickens, fake lottery tickets, and phallic-shaped stress balls. You probably don’t know that the founder served as in the U.S. Army and was held by the Nazis during WWII. Upon his release, Max Spencer Adler went back to the States and teamed up with his brother Harry on a mail-order business. That was in 1947, and the economy was seeing a post-war boom that encouraged people to buy stuff they didn’t need. The Adler brothers sold those things, like cotton candy makers.

In 1960, Harry sold his shares, leaving Max the sole owner. The first brick-and-mortar store opened in New Jersey three years later. Stores quickly popped up all around the country, so by the 1970’s, the store now known as Spencer Gifts – or Spencer’s – was a national chain. 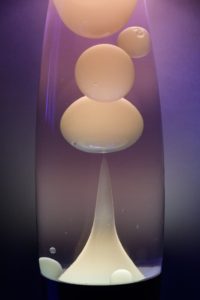 The inventory of the store had changed a bit, too, as the store aimed for the 18-25 demographic. You could now find pole-dancing kits, comedic lingerie, and all things penis-shaped. It became a common ritual for bored teenagers to wander into Spencer’s while visiting the mall, and laughing at the outrageous toys and gag gifts. Parents would frequently complain, and while Spencer’s was supposed to put adult-themed inventory in a separate area of the store, they were often caught breaking the rules.

Spencer’s has also faced legal issues over the years. The FTC has investigated several products for misleading statements. The “Reduce-Eze” girdles claimed to trim 4-inches off the waist, while its jewelry used words like “birthstone” and “gold” without containing any actual gold or precious stones. I’m not sure quite sure who would trust Spencer Gifts with a real weight-loss product or quality jewelry, but people can be swayed by false advertising.

Legal problems didn’t stop Spencer’s, and in 1999, they expanded by buying Spirit Halloween, which now outnumbers Spencer locations with over 1,000 locations. The store is open only from late August to early November, and accounts for about half of Spencer’s annual revenue.

Halloween costumes have been the reason behind more than a few controversies. In 1989, Spencer’s sold cartoonish “sheik” and “Arafat” masks, right alongside masks of monsters. In the 2000’s, Spirit has gotten in hot water over selling costumes of Native Americans, geishas, and even a Caitlyn Jenner costume intended for men. 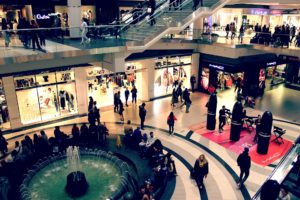 Not to be without drama during the rest of the year, Spencer’s also has a lot of T-shirts that spark outrage. During the 2016 election, a T-shirt that read “Grab America By The Pussy” upset a lot of people, who said it normalized sexual assault and tried to make a joke out of a serious issue. It’s not the first time the store has flirted with rape culture and misogyny. They’ve sold shirts with slogans like,  “I have the dick, so I make the rules,” as well as one featuring a graphic of a man holding a blow-dryer down the front of his pants, saying, “Heating your dinner.”

Spencer Gifts has always been about pushing people’s buttons while using sex and humor to sell stuff. However, kids under 18 are allowed to go into the store and get exposed to things without their parents’ knowledge. There’s also the question of how far is too far? Are jokes like “Grab America by the Pussy” harmless fun, or part of a pattern of trivializing assault?

Another brand that sparks nostalgia is Lisa Frank. Read about its history of mistreating employees here.

The Paranormal Mysteries of Crater Lake