The road to the Allied landing on the beaches of Normandy began years before June 6, 1944. In fact, D-Day may not have taken place if not for another date that is as famous as D-Day but for a vastly different reason. The Japanese attack on Pearl Harbor in the early morning hours of Dec. 7, 1941, brought the United States into a war many (perhaps most) American were hesitant to enter. But, the events at Pearl Harbor, regardless of your opinion of the whys and hows, sent the USA into a war on two fronts, World War II would change for the worse the lives of millions, the landscape of several countries, and the political realities of the world as it entered the second half of the 20th Century. D-Day’s enduring importance will, and has, outlived most of its combatants.

Wasn’t D-Day the end of World War II in Europe?

If you ask 20 people when World War II ended, twelve will say, D-Day. June 6, 1944 was not the end of the war, nor was it even close. There were 334 days between D-Day and the end of the war. However, the landing in France set the Allied forces in place to collapse down on Germany and end the terror of the Third Reich. D-Day’s enduring importance is that it was the beginning of the end of the war. But, it is also due to the horrible casualty toll it took on those who participated. Indeed, most of the young men who landed on the beaches that day were cut down in their steps. Perhaps that is why it has never faded from the American psyche.

Okay, it wasn’t the end of the war, bus was the battle over in one day? 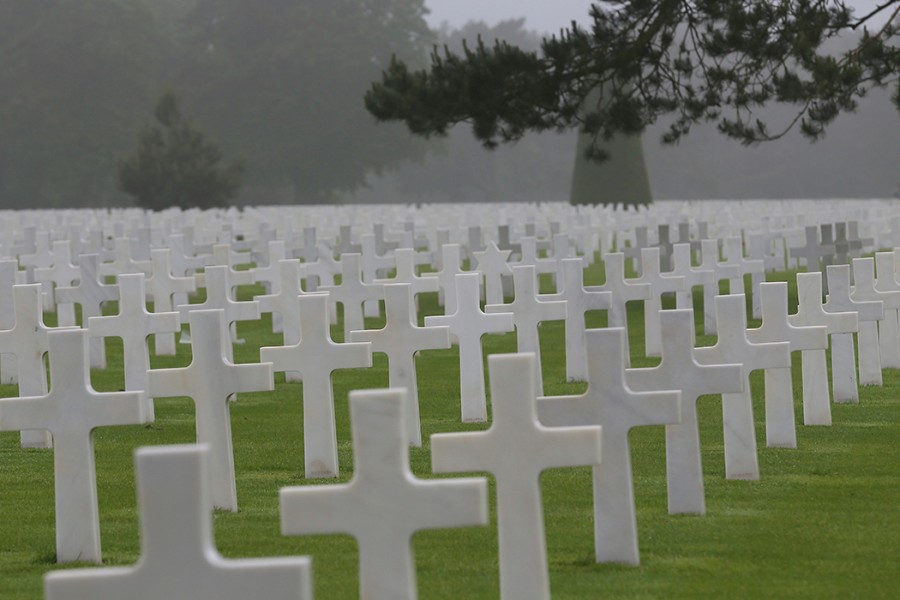 D-Day’s enduring importance is fraught with these grave markers over the lost.

D-Day was a single day, but it kicked off a bloody three-month campaign. The Battle of Normandy lasted from June to August 1944. It would eventually become the Allied liberation of western Europe from Nazi control.

The officers were mum as to destination to the troops scheduled to land on French sand. Many of them believed Africa would be their ultimate destination. Indeed Operation Torch Operation took on the Axis powers in North Africa the same day. But Operation Overlord (as D-Day was codenamed), began when more than 155,000 American, Canadian, and British forces landed on five heavily guarded beaches in a 50-mile stretch of French coastline. The invasion was the most ambitious amphibious military assault in history.

So what about D-Day’s enduring importance?

For the United States, D-Day isn’t just unforgettable. It’s also unrepeatable since. If there is such a thing as a “just war,” World War II was the last time the United States engaged in one. Korea was an undeclared conflict that did not involve the safety of the United States, and Vietnam was a quagmire American troops should never have seen.

What about Iraq I, Iraq II, and Afghanistan?

The less said, the better about the “justness” of those hot messes.

I think I see what you mean by D-Day’s enduring importance.

The lesson of D-Day and the years since are that extreme measures to save lives from tyranny  should be a last resort, but are the only reasons to put people in harm’s way. We invite the fractured world to unite behind respect for the dead and the pledge to resist fascists and  despots wherever they are. It starts at the ballot box, because that is where the Third Reich got its power. If evil is checked at the voting booth, perhaps another D-Day will never happen again. That’s our hope. Gildshire doffs our hat in respect and gratitude to the many who were cut down in their prime, and the families who sacrificed too much to bear.

A Guide to Edible Flowers – Beautiful Blooms That You Can Eat