Daguerreotypes and the Victorian Obsession with Death

Home » Our World » Daguerreotypes and the Victorian Obsession with Death 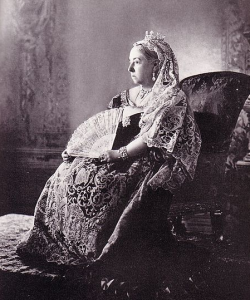 The Victorian era was saturated with death. Life was rough during the 19th century, and the average lifespan was only 40 years old. Diseases like cholera, diphtheria, and typhus would take young and old alike, and Queen Victoria, who spent her whole life mourning her dead husband, would make death fashionable on the European continent.

When a loved one died, those left behind would do just about anything to remember them. Hair would be snipped and kept in lockets and rings, death masks of wax would be created, and Spiritualists would be hired to try and contact the dead. One of the most popular ways to memorialize the dead was to get a daguerreotype taken.

Invented by Louis Jacques Mande Daguerre, this early photographic process involved coating copper plates with silver iodide until it shone like a mirror. After treating it with mercury fumes, the surface became light sensitive. The photographer would then expose the mirror plate in a camera for a certain length of time to capture the picture. To make the image visible, more mercury vapor was applied as well as a liquid chemical treatment. After rinsing and drying the plate, the picture would be revealed, and housed behind glass to stay protected. Daguerre launched his process in 1839, and daguerreotypes became the hot new way to commemorate the dead. Daguerreotypes also were indirectly responsible for the spirit photography craze. When a photographer accidentally took a double-exposure, which had not been documented before, he believed the second image was his wife’s ghost. Spirit photography is a whole other can of worms that we won’t dig into right now.

At first, getting postmortem daguerreotypes was expensive, but it was still way more affordable than sitting for a painting by artists who would sometimes charge double if one of the subjects was a dead person. The photos also only required a few minutes of exposure, as opposed to hours and hours. Luckily, as the daguerreotype process took off, photographers were able to lower their prices significantly by the 1850’s. It became normal for middle-class families to have pictures taken of the deceased. In many cases, it was the only time a person would ever have their photo taken. The result would be displayed in a living room for all to see, in family albums, or sent to relatives living far away as a form of a death announcement. As healthcare improved and less children succumbed to illness, the postmortem photo craze died down. Better photo techniques also meant it was easier and cheaper to take photos while people were still alive. 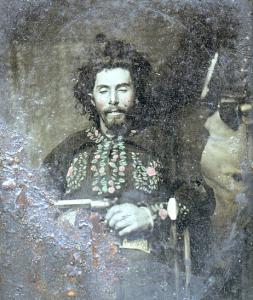 We have a lot of examples of postmortem photos from the Victorian era. It’s common to see the deceased posed as if they were sleeping, or even being held or seated by the living family members. Families wanted their loved ones to look their best, i.e. not dead. We even see some examples of photographers painting eyes on the closed lids of the dead, to make them look alive and alert.


Taking photos of those passed on may seem disturbing to many of us now, but postmortem photography isn’t a completely lost art. It’s relatively common for women who have stillborn children to have photos taken. The need to have a visual reminder of a loved one has not changed since the Victorian era, and we have to remember that most families did not have any pictures of each other when one of them passed on. A death photograph was their last chance to have something to remember them by.

Fashion Errors That Are Often Made by Female Professionals