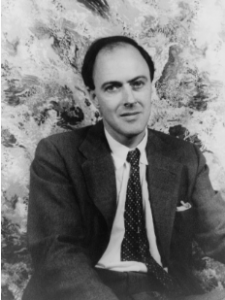 Famous for stories like Charlie and The Chocolate Factory and Matilda, Roald Dahl never wrote the lightest children’s books in the world. His villains are abusive and frightening, and the children are subjected to all kinds of gruesome punishments. That darkness didn’t come from a vacuum, and Roald Dahl’s life informed how he saw the world and how he saw the inner lives of children.

Dahl did not have a happy childhood. His older sister died from an infection when he was three, and then his father died only weeks later. When Dahl was six, his mother sent him to boarding school. There, he was subjected to abusive punishments by a cruel headmaster, many of which are described in his book, Boy. If they misbehaved, the boys would be beaten with a cane, sometimes until they bled.

As a young man, Dahl became an RAF pilot during WWII. He crashed his plane over the desert in Libya in 1940, and was blinded for two weeks. The headaches he suffered as a result of the accident disqualified him from flying again, so he was sent to the British Embassy in Washington D.C. There, he published his first story, “Shot Down Over Libya,” which described his terrifying experience. It’s fitting that the first work from an author known for his macabre storylines wasn’t even intended for kids.

In 1943, Dahl wrote a short story for Disney – his first foray into content for children – but it never got off the ground as an animated film because the source material had originated as in the air force, and couldn’t be attributed properly. “The Gremlins” later became the inspiration for a famous Twilight Zone episode where a man sees the creatures dismantling the plane he is on, as well as the film by Joe Dante and Steven Spielberg where furry pets transform into the evil gremlins after a midnight meal. Dahl’s first book for adults titled Sometime Never also featured the gremlins, as well as the first atomic explosion in a novel. 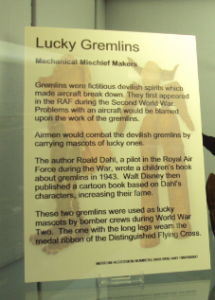 Life seemed pretty stable for Dahl for a few years. He married Patricia Neal, an actress, in 1953. They enjoyed success from Dahl’s adult short stories, which he published in places like The New Yorker and Playboy. He also gained attention for his novels for children, including James and the Giant Peach and Charlie and the Chocolate Factory. However, long-term happiness just wasn’t in the cards for Dahl. His daughter died from measles when she was only seven years old, and his infant son got brain damage after a taxi collided with his stroller. His wife Patricia had a series of strokes only a few years later, and Dahl cheated on her with a close friend for years before his eventual divorce. For the pain he caused her, Patricia would call him, “Roald the Rotten.”

A lot of people are disturbed by Roald Dahl’s books for kids, but interestingly enough, those people are usually adults. For years, children have resonated with the themes, despite their darkness, or, perhaps, because of it. Roald Dahl allows kids to feel hatred, and his villains are the perfect targets for it. He understood that children often hatred even for their own parents, and the parents in his stories who abandon or abusive provide a vehicle for that type of passion. Dahl was well-acquainted with tragedy and trauma, and refused to water it down for his audience. He was a man with a lot of flaws, some which many would consider unforgivable, but he certainly broke the mold when it comes to children’s literature.

Who are the Top 2017 Super Bowl Contenders?