Welcome to the Pacific Northwest, travelers! We have visited Alaska, Idaho, and Hawaii, so we’ve certainly been out West before. But only Oregon and Washington in the Lower 48 are truly charter members of the Pacific Northwest. It has to do with the big body of water that provides the border. It is also a mindset. We’re going to look at Oregon today. Later we will examine Washington and compare the two.

Oregon is bordered on the west by the Pacific Ocean, and on 99% of the North by Washington State. Idaho borders Oregon on the east and the tiniest portion of the northeast. Nevada provides the southeastern border. California fills most of the border to the south.

What do we mean by a Pacific Northwest (often shortened to PNW) mindset? The States out here feel a little removed from the rest of the country. The PNW was settled by hardy spirits who didn’t want to be told what to do. They were the ones who rode the wagons coming along the Oregon Trail. They were adventurers, fortune seekers, and people with a wanderlust. Occasionally, they were people who thought it best to get out of the way of John Law.

This desire to do what they want when they want, and allow others to do the same, makes up the fiber of the Oregonian. Racial strife is an issue everywhere, but it’s less of an issue here than elsewhere. Conflict, in general, is less of a thing in Oregon. The pace is a little slower. The “have a nice day’s” ring a little truer.

That said, Oregon’s path to Statehood has an ugly side. The Oregon Territory’s request for Statehood was delayed numerous times. Why was this?Well, Congress felt the need to argue about whether Oregon should be admitted as a free or slave State. After some backroom dealing politicians from the south agreed to allow Oregon to enter as a free state, but only in exchange for bringing slavery to the southwestern United States.

Oregon is another rural State. It’s the ninth largest, with the 27th largest population. The highest point in Oregon is atop Mt. Hood, 11,249 feet above sea level. The lowest point is along the Pacific Ocean coastline border to border. The geographic center of Oregon is about ten miles southwest of the tiny town of Roberts.

Though a State that borders the Pacific Ocean, Oregon splits its time zone. Most of Oregon is in the Pacific Time Zone. A portion of Malheur County, on Idaho’s border, is the exception. Those folks are in theMountain Time Zone.

Salem is Oregon’s capital city, and Portland is the largest city in the State. They are joined on the roster of cities exceeding 100,000 in population by Eugene and Gresham. 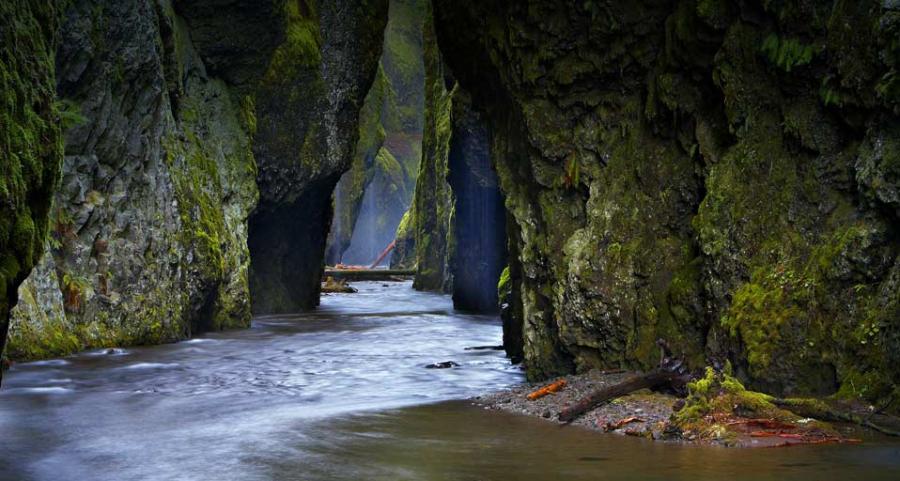 Eugene Airport serves almost a half million flyers annually. Many of them are going to San Francisco.

Weird and Wonderful Facts About Oregon:

The Columbia River Gorge is one of the world’s top windsurfing destinations.

Crater Lake is the deepest lake in the United States and is formed in the remains of an ancient volcano that blew the top off of Mt. Mazama.

Oregon and New Jersey are the only states without self-serve gas stations.

Eugene was the first city in the United States to have one-way streets.

In 1876 the University of Oregon opened in Eugene. Deady Hall was the first building on campus and still exists. Go Ducks!

Portland is known as The City of Roses.

Fort Clatsop National Memorial, between Astoria and Seaside on the Oregon Coast, contains a replica of Lewis and Clark’s 1805-1806 winter outpost.

The Oregon/California border was established by a treaty between the United States and Spain.

Let’s Take a Trip Through Oregon!

Let’s go! There are things to see and do all up and down the lovely State of Oregon. We’re going to see a city, some scenery, some history, and a hole in the ground filled with the most magnificent thing! Get dressed! I’ll meet you in the car! That 529 miles won’t drive themselves.

We start our trip in Portland. That makes sense. Portland is at the northern edge of Oregon. You can see Washington State (though it is just called “Washington” around here) from across the famous Jantzen Beach drawbridge.

The Metropolitan Area Express (just call it MAX and you’re halfway to belonging) is one of the nation’s greatest light-rail trains. It runs from the airport on the east side of town to Hillsboro, about 20 miles west of the city. How much does it cost? Just $5.00 and you ride all day. We told you Oregon in general and Portland, in particular, is laid back. There are no turnstiles on the MAX. It operates on the honor system. How cool is that?

We’re going to stay at the Nordic Motel, near the airport. It’s a nice place for $98 a night. It is also convenient to downtown on the MAX.

The next morning we will get up and drive to the Oregon Coast. It is listed on the map as Hwy. 26, but Oregonians just call it “The Sunset.” It will take us over the Coast Range to the blue Pacific. Our first stop is in the quaint seaside town of…Seaside. That makes it easy to remember.

There are unique beach town shops, fun restaurants, and an arcade (Try the bumper cars. I dare you.) in Seaside. We will hit a few of them later. First, we are going to the edge of downtown. A historical event there deserves to be honored at this point in our nationwide trip. At the end of the narrow Main drag known here as Broadway, there is a place called simply “The Turnaround.” It is the spot where Lewis and Clark’s Corps of Discovery finished the trip that opened the West. Stand for a moment. Imagine the seascape as those hardy adventurers saw it. Take a moment of silence for the lives lost on the trip. Give thanks that their harrowing trip made possible the Pronto Pup you are about to enjoy.

Really. Try the Pronto Pup. It is one of the best battered hot dogs you will ever have.

Seaside is great for kids of all ages, and it is where we will spend the night. The lodging is less expensive than in the town we are about to visit. 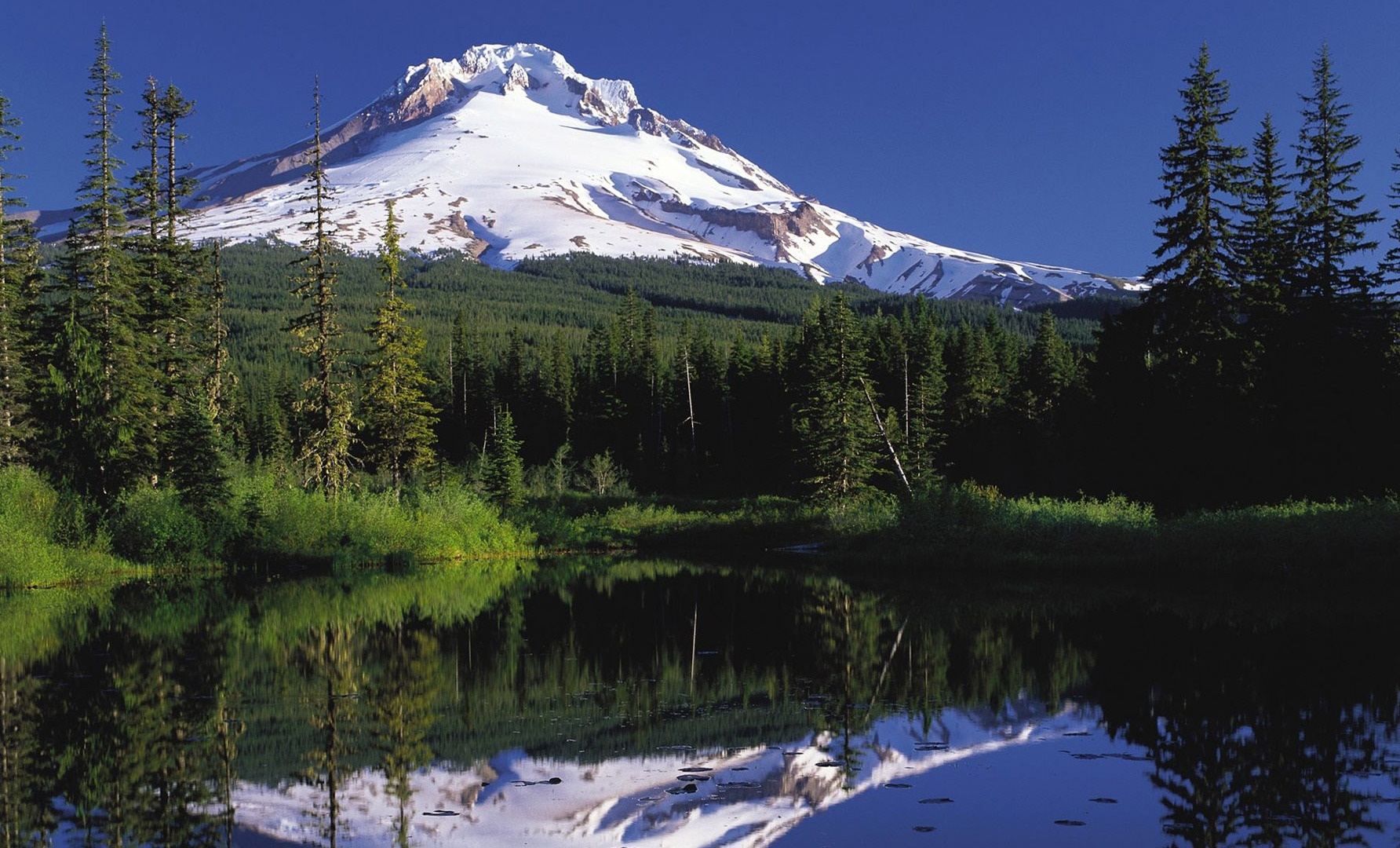 Cannon Beach is just a few miles south of Seaside on Hwy. 101. While Seaside has a young and lively vibe, Cannon Beach (just “Cannon” to the locals) is for the relentlessly adult. Art galleries and upscale restaurants abound. While in Cannon Beach, we will see the monolith known as “Haystack Rock.” It is one of the most photographed places in the west and is a haven for puffins who nest in the crevasses.

Cannon Beach, like Seaside is a walker’s town, but the two towns each have a different vibe than the other. Cannon Beach is quiet to Seaside’s noise. It is pate’ de fois gras to Seaside’s Pig ’N Pancake. Which one you like better is up to you, but one of them will be a coastal favorite. We guarantee that.  Both towns are vacation destinations for those who live in the warm climates of the Willamette Valley, closer to mid-state.

We are spending the night at the Hi-Tide Oceanfront Inn in Seaside for $79.

The next day we head down 101 to the town of Newport. When we get there we will see one of the great aquariums in the west. We are really going down 101 to see the sights. For much of the way, there is a beautiful view of the Pacific Ocean around nearly every turn. Intersperse the ocean views with forest and park-like two-lane highway reminiscent of trips your grandparents took. We won’t be in a hurry. It wouldn’t do us any good, but we wouldn’t anyway. This is unique to our trip so far. We will enjoy it at our leisure.

At the Oregon Coast Aquarium we find about 520 species of animals unique to this part of the world. It is a relaxing way to spend a half day and we will learn something. (Psst, so will the kids, but don’t tell them. It’s vacation!)

We could continue the next leg of the trip after the aquarium. But we’re going to stay one night in Newport at the Agate Beach Motel for $178.

The next day we say goodbye to the Pacific Ocean, heading back into the valley. Our next destination is actually across the valley and into the Cascade range beyond. Just 150 miles from Newport we will find Koosah Falls. Koosah and its sister falls “Sahalie” are two breathtaking waterfalls with foaming white water cascades in between. Truly a beautiful sight among the forests of the Cascade Range. The nearby town of Sisters provides some unique souvenir shopping on our way to the hole in the ground I promised. Are you ready? 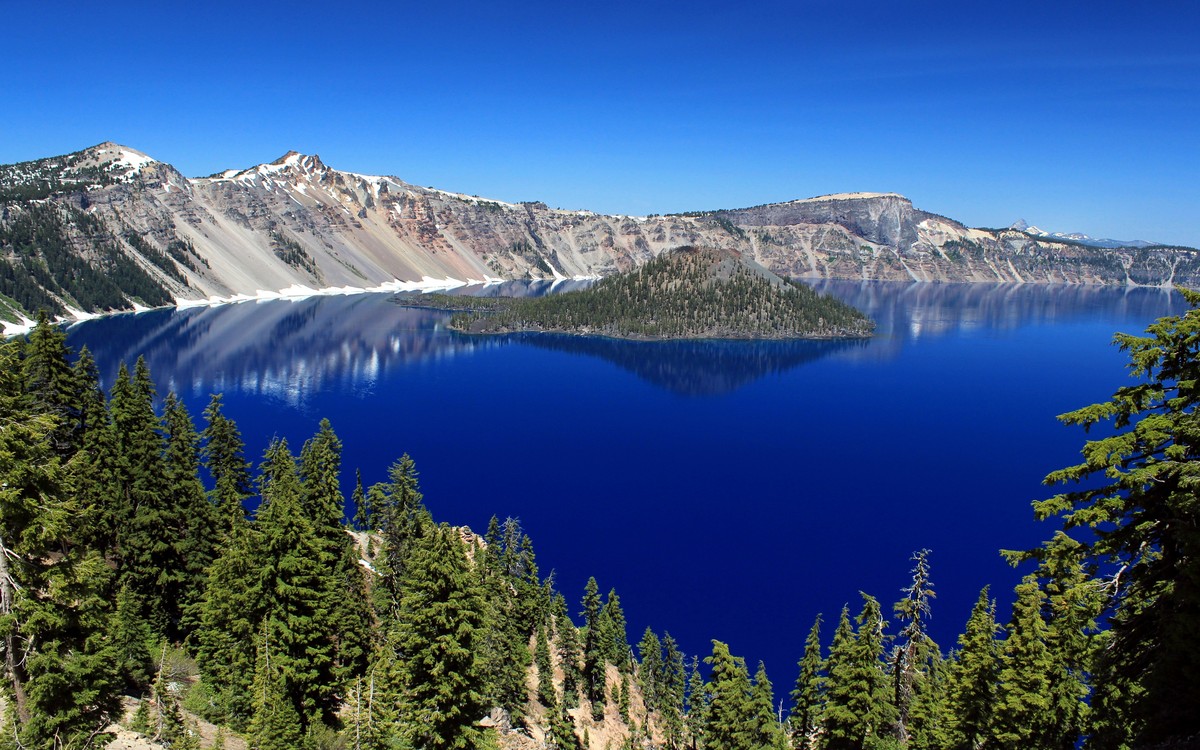 Crater Lake in southern Oregon is a place that will highlight our Trip of a Lifetime. There may be a wait at the entrance. That will only whet your appetite. We will get out of the car and walk up a little hill to…WOW!

We will see shades of blue we didn’t know existed in nature. The clarity is off the charts. As beautiful as Crater Lake is from above, it isn’t enough just to see it. We are going to experience the blue wonder by taking a boat trip across the lake.  We will dip our fingers in the inky blue water and be amazed they come out clean.

It is a great way to complete our trip through a great state. We hope you enjoyed it.