Home » Our World » Dodgers and Astros clash in 2017 Fall Classic

Way back in March, 32 teams lined up along the baselines on Opening Day. Thirty-two teams believed they had a shot at representing their league in the World Series. Thirty-two fan bases imagined what it would be like to celebrate at the end of the season with a parade. Six months later, thirty-two minus thirty equals two. The Houston Astros and Los Angeles Dodgers meet in the 2017 World Series. First pitch:  8:09 Eastern/5:09 Pacific Tuesday evening. How did these two teams get here? What will transpire over the next couple of weeks? Gildshire’s Sport Magazine breaks it down.

Casual baseball fans may be forgiven if they see these two teams and say, “How can this be the World Series? Both of these teams are in the National League.” Up until 2013, that was indeed the case. Then, the MLB powers determined the Houston franchise should move across the league divide in an effort to balance the leagues and the schedule. At the time, hardly anyone outside Houston even noticed. The Astros were in the process of losing 100 games a year, so the American League Western Division teams said “Bring ’em on! We can use the wins.” Four years later, the Mariners, A’s, Angels, and Rangers are saying, “Did anyone get the number on that truck?” 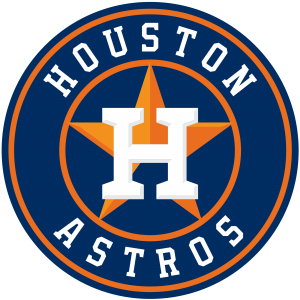 The Astros are the underdog…

How did they get here? The Astros led the division wire-to-wire, employing the best offense in baseball. Solid enough starting pitching was bolstered by the addition of ex-Detroit Tiger Justin Verlander. The staff was energized by the perennial All-Star and his mound presence. Verlander’s fiancee’, Kate Upton, energized Minute Maid Park.

Houston’s strengths: That offense led all of baseball with a .282 batting average, and 238 home runs was second-best behind the New York Yankees. The staff needs to keep the Dodgers at bay, because that could be enough.

Houston’s Achilles Heel: If the offense should falter (as it did in the middle of the American League Championship Series in New York) the staff may not bear up under the pressure. Verlander is a stud and the Astros Number Two starter, Dallas Kuechel (pronounced Kye-kul) can be dominant. After that…

The Los Angeles Dodgers used to be a jewel in Major League Baseball’s crown. They out-drew everyone else, their jerseys had that cool script-y thing going on, and movie stars showed up at their games. Heck, Jerry Lewis used the Dodgers in his 1958 movie “Geisha Boy.” They were so cool for years, no one noticed that they never went to the World Series. Oh, they had cool nailed down, but the Giants and Cardinals won. Then, in 2012, Magic Johnson bought the Dodgers and their payroll zoomed into the stratosphere. Since then, and Charlie Sheen put it best, WINNING! 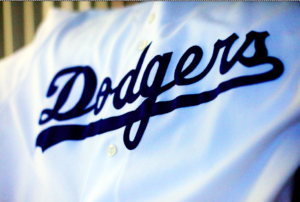 …the Dodgers are the favorite.

How did they get here? The Dodgers, like the Astros, led wire-to-wire. In L.A.’s case it wasn’t even close. They dominated early and late, only going somnolent for a couple of weeks in late summer. A revitalized, and newly well-behaved Yasiel Puig was an important cog in the machine. Probable Rookie of the Year Cody Bellinger burst on the scene with thunder in his bat.

Los Angeles’ strengths: The Dodgers do it with the dual threats of pitching and power. They were fourth in the National League in home runs, and first in overall E.R.A. and bullpen E.R.A.

Los Angeles’ Achilles Heel: Offense is a fickle mistress, and the Dodgers amassed only the 12th best batting average in the 15-team National League. If their offense fails to manufacture enough runs to underpin their home runs…

Our Prediction: The Vegas and offshore sportsbooks list the Dodgers as the betting favorite. Indeed, it is hard to imagine them not winning this thing. The team with the best bullpen E.R.A prevails in seven game series about 70-75% of the time, and L.A.’s bullpen is far superior to Houston’s ‘pen.

We are fully prepared to tip our hats to the Astros, and the city of Houston which needs something good to happen in the worst way. However, we’re calling it L.A. in five, and the first parade down Sunset Blvd. in memory. Play ball, and may it go seven games, because it is a long haul to Spring Training!