Don’t You Dare Come Home With a Grandma Car!

Home » Our World » Don’t You Dare Come Home With a Grandma Car!

Allow us to introduce to you Barry and Lynn Fortunato. They live just outside Cleveland, have two grown children and a pet schnauzer. The Fortunatos like to road trip. 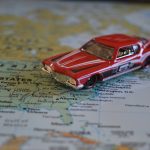 On the way, they talk about many things, among them the cars they see passing by. Their tastes in cars are similar, though not precisely the same. Lynn is an admitted xenophile in a vehicular sense, disdaining much of what Detroit has to offer. Barry’s tastes are more eclectic, ranging from Smart Cars to growling V-8 Dodge Challengers. A two-word phrase, though, brings pro and con car conversation to a halt. Invented by Lynn, “Grandma Car” closes the door to all present and future consideration of a particular vehicle.

Herein, though, lies the rub. Barry and Lynn are proud grandparents, doting on their four grandkids as if they hung the moon. Barry sees a dichotomy. Lynn sees no such thing. “I may be a Grandma,” she says. “But I will never own a Grandma car.”

For Lynn Fortunato and those who think as she does Gildshire Magazines offers the following buyer’s guide for grandparents who don’t want to drive Grandma cars. These rides tell the world, “I may be a Baby Boomer, but I’m a long way from going “Boom!”

Right off the bat we have to talk Lynn Fortunato off the ceiling! Not a fan of anything domestic, she has a particular distaste for Dodge/Chrysler. She needs to take a less-jaundiced look at the 300. Its clean looks have kept the 300 relevant since it’s 2004 introduction. It has a luxuriously quiet interior and available V-8 power. Here is the best part, though. Look at those narrow windows that, at least vaguely, recall John Dillinger…who was no one’s Grampa.

Kia Soul: The first rule in the avoidance of the Grandma car is to find something that looks interesting. 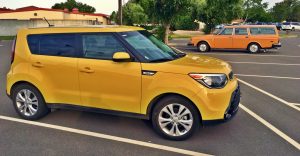 Love it, hate it or something in between, the Soul is an interesting looking car. It also has something Grandma isn’t willing to admit she needs, namely, an easy to enter front seat. In fact, the Soul has the height of a crossover without the overall size. That makes it a perfect entry-level Compact or Sports Utility Vehicle for those not ready to take the plunge. The Soul isn’t a powerful car, at least near its base price. But it the least expensive of all the cars on our list and will still gather looks from the boys at the grocery store. Or maybe that’s Grandma Lynn who is still getting those admiring glances. Yeah, let’s go with that. 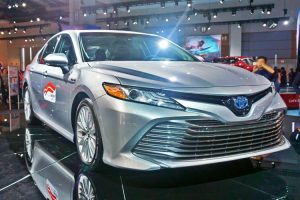 Toyota Camry: The car of choice for upwardly mobile executives since its inception, the Camry continues to evolve. Ten years ago it had the reputation for somewhat staid styling. We think Lynn Fortunato will like the current iteration of Toyota’s most popular midsize ride. Less expensive than you think (starting at just over 23k) the Camry combines up-to-date interactivity and stylish interiors with that surprisingly low price. How did upwardly mobile executives become such? By making good choices in the cars they drove. If it is good enough for the CEO of a successful startup, it’s good enough for Barry Fortunato. The foreign badge will make it popular with his wife, as well. 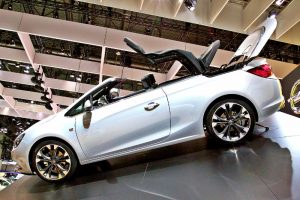 Barry Fortunato knows that his convertible days are coming to an end before they started. Lynn is less than interested in a flip top and this one is a Buick to boot. Obviously, Barry has some work to do. That’s too bad because the Cascada could never be confused for a Grandma car. Starting at $5,000 less than a Mustang or Camaro convertible, the Cascada has a more luxurious interior than either of its sportier competitors. It also has the advantage of front-wheel drive, something Ford and Chevy’s sports cars do not offer. The old GM ad campaign said, “Wouldn’t you really rather have a Buick?” Barry hopes he can turn Lynn’s frown upside down. 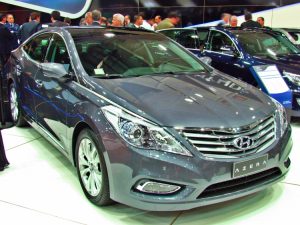 Hyundai Azera: We understand that full-size sedans are too often rolling Grandmamobiles, and that puts them at an early disadvantage. Hyundai knows about overcoming disadvantages. The South Korea-based car hit our shores far less-known than its Japanese competition and underpriced by Kia. Hyundai used styling innovation, quality mechanicals and hard work to thrive as an international car company. The Azera is the largest Hyundai sedan on the market, and maybe its best. Heated and cooled leather seats, dual climate control, and an eight-inch touchscreen would cost thousands as options. The Azera makes them standard and starts at $34,000. 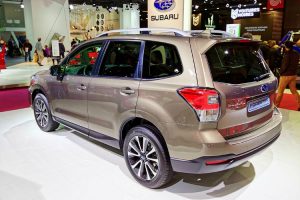 In Lynn’s salad days she and her friends fell in love with the Subaru Outback. The Forester is the rig they should look at today. Three thousand dollars less than the Outback, the Forester comes standard with Subaru’s StarLink package. That means rear cross-traffic alerts, blind-spot detection, and automatic braking. The Forester is one of the best value crossovers for the money and may be the safest one out there.

That’s our list and it can provide conversation fodder for Barry and Lynn Fortunato on their next trip. It’s 213 miles (if you don’t mind toll roads) from Cleveland to Niagara Falls. By the time the Fortunatos hear the rumble of the water they will have agreed on one or more of these cars. Grampa Barry and Grandma Lynn are cool that way.

Independence Day to See Record Number of Cars on the Road