Driving Aids Resulting in the Worst Drivers in History

Though only a few years old, it already has a name. They are calling it “Poor Driver Phenomenon.” It’s hundreds of thousands of drivers who don’t really know how to drive. They trust their cars to do what drivers have always done. Namely, keep the car in the right place in the lane, and know what other drivers are doing. Should we blame the ever-self-absorbed Millenial? In part, yes, but it’s also the fault of driving aids in the cars themselves. Gildshire Magazines delved into the problem, and here is what we discovered. 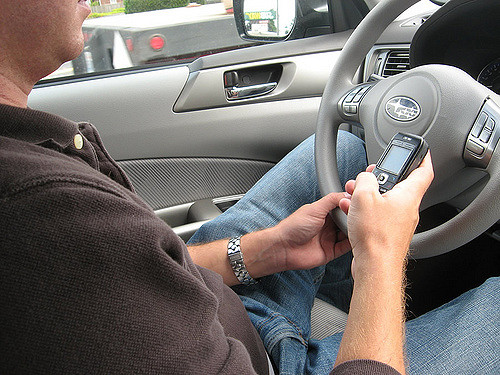 Don’t let the Driving Aids do your job, Bozo!

Back in the day, meaning ten years ago or so, the driver was responsible for managing his blind spot. The driver-controlled her lane positioning. Now, through a sense of security, the driver trusts the tech under the hood to handle such things. The result is a road full of cars with inattentive drivers. Automotive News says the semi-autonomous features that are the building blocks of tomorrow’s driverless cars were designed to compensate for inattentiveness behind the wheel. Instead, they may be enabling drivers to place too much faith in the new technology. In other words, why bother to hit the brakes? The car will, probably, do it for you.

The carmakers are aware of the problem and are, quite frankly, terrified of what the statistics are saying. Faster than almost ever before, auto manufacturers are reacting. Implemented measures are already in place.

General Motors installed eye-tracking technology on the Super Cruise feature in Cadillac models. The tweak allows drivers to take their hands off the wheel but requires watching the road. Nissan’s ProPilot Assist keeps the car centered and brings it to a stop in its lane if the driver goes more than 30 seconds without grabbing the wheel. Tesla Inc. implemented limits on drivers’ ability to go hands-free while using the company’s Autopilot system.

Will the measures help? Probably a little, and in the short run. However, experts are concerned that the genie is out of the bottle. How will the Millennials teach the next generation to drive if the current-gen is haphazard behind the wheel? It is a problem worth examining for possible solutions. We do know, though, that the tech isn’t going away…ever. It will be up to the carmakers to make the driving aids compatible with the drivers.

How to Overcome Procrastination?