Here are Elon Musk’s ten rules for success. Some adore him and think he is a genius while others hate him for some reason. Either way, he has an impressive resume and his track record is something to study if you want to be a successful entrepreneur or successful in anything else you do. Elon Musk has a footprint on the car industry, internet, public transportation, and space. He is worth around $20 billion and he is someone to listen to.

Be as stubborn as Elon Musk. After he was facing bankruptcy and complete failure, he got up and tried again. In an interview with Scott Pelley for 60 Minutes in 2014, he said:

“I don’t ever give up. I’d have to be dead or completely incapacitated.”

This one is another classic, as explained by Musk:

“Whatever area you get into, even if you’re the best of the best, there’s always a chance of failure. So, I think it’s really important that you like whatever you’re doing. If you don’t like it, life is too short.”

3. Don’t Listen to the Little Man

In other words, don’t listen to what haters are saying. Musk told in his 60 Minutes interview:

“So many people tried to talk me out of starting my own company, it was crazy. One friend of mine collected a whole series of videos of rockets blowing up and made me watch those. She just didn’t want me to lose all my money…We’re doing these things that seem unlikely to succeed, and we’ve been fortunate, at least thus far, they have succeeded.”

Risks are scary but without risks, there is no success. In his speech at the University of Southern California Marshall School of Business and Leventhal School of Accounting class of 2014, he said:

“Now is the time to take risks. You don’t have kids. As you get older your obligations increase. And once you have a family, you start taking risks not just for yourself, but for your family as well. It gets much harder to do things that might not work out. So now is the time to do that, before you have those obligations. I would encourage you to take risks now and do something bold; you won’t regret it.”

5. Do Things that Matter

Elon Musk shared another piece of wise advice in his 60 Minutes interview:

“I didn’t really think Tesla would be successful, I thought we would most likely fail. But I thought that we could at least address the false perception that people had, that an electric car had to be ugly and slow and boring like a golf cart… If something’s important enough, you should try even if the probable outcome is a failure.” 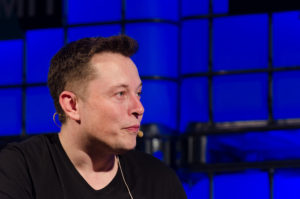 6. Focus on Signal, not Noise

This is something that Elon Musk shared with USC graduates:

“A lot of companies get confused; they spend money on things that don’t actually make the product better. For example at Tesla, we’ve never spent any money on advertising. We put all the money into R&D and manufacturing and design to try to make the car as good as possible. I think that’s the way to go. For any given company, keep thinking about ‘Are these efforts that people are spending, are they resulting in a better product or service?’ And if they’re not, stop those efforts.”

Surround yourself with problem solvers, not those who find problems in your solutions without offering any alternatives. In an interview at Ignition, which is an annual Business Insider event, Musk said:

“When I interview someone to work at a company, I ask them to tell me about the problems that they worked on and how they solved them. If someone was really the person that solved it, they’ll be able to answer multiple levels, they’ll be able to go down to the brass tacks. And if they weren’t, they’ll get stuck… because anyone who struggled hard on the problem never forgets it.”

8. Attract the Right and Great People

Yes, it’s time to quit those losers and haters that think your ideas are impossible and you are nothing but a dreamer. Join a group of great people or find them and create collective success. This especially matters if you are creating a company.

9. Have a Great Product

Whatever you are starting, it should be a high-quality product. Not everyone can change the world (although, you never know) but make sure you have a great product. Musk said:

“If you’re entering anything where there’s an existing marketplace against large, entrenched competitors, then your product or service needs to be much better than theirs.”

Work hard and it will pay off. Musk said:

“Work hard like, every waking hour. That’s the thing I would say, particularly if you’re starting a company. If you do simple math, say somebody else is working 50 hours and you’re working 100, you’ll get twice as much done in the course of a year as the other company.”

You can be successful if you follow Musk’s words which are probably similar to the advice of many other successful people.

The Most Unusual Cake Ingredients