We budget, cut, save and, when necessary, scrimp. Nevertheless, they have happened to the best and most careful of us. The red numbers on our banking website. The money didn’t quite stretch to payday. Well, damn, what now? After swallowing the bitter bile of humiliation and irrational anger at the bank (“OBVIOUSLY, I don’t have any money. NOW you want $35!) you look for steps to make sure this doesn’t happen again. There are positive steps that almost everyone can take. Fewer lunches out and more packed sandwiches from home. Maybe take a break from that club. Things like that and both good ideas. Maybe, though, you want to think outside the box and get creative. While we’re not saying creativity is bad, there are some bad ideas out there. Here are ten epically bad budget and money saving ideas.

Fifi seems like she is fine, but do you really know? It has been over two years since a vet has looked in her ears. That’s a bad idea on two levels. First, skipping a checkup could lead to more expensive troubles down the road. Second, not caring for the medical needs of your pet makes you a lousy pet owner.

Yes, airports are crowded and resemble cattle calls more than the elegant via-ports of days gone by. Yes, TSA requirements are onerous, especially during COVID. No, driving 2,000 miles one-way isn’t a good idea. Once you factor in hotels, meals, and the intangibles of not being where you want to go, flying is still a better option. This is especially true if you’re going to a major city.

Failing to Max Out Your Employers’ 401k

Who doesn’t like free money? That’s what the employer match is for you. If your company matches your own contributions up to 4%, failing to do so is stealing from your future self…and he’s not happy about it!

Buying Something That Won’t Work Unless You Buy Another Something

This can be anything from a video game controller that wasn’t included, to batteries. Anything that requires an add-on is really just a box of nothing. Think of it that way and you may decide not to buy it at all. Bonus savings for you. Put it in your 401k.

Bulk Foods Without a Bulk Appetite

Costco and Sam’s Club are masters of attractive packaging. That box of croissants fairly gleams under the bright lights of the bakery. Look at the price! Why that’s just a few cents per croissant! Who can resist? You can, and you should unless you’re feeding enough people to make 12 croissants necessary. Otherwise, baked goods dry out and you’re left with stale pastry and the sad taste of buyer’s remorse.

“I bought two sweaters that were 60% off, and some Victoria’s Secret undies that were 50% off. I saved almost $100!” No, you spent $140. First of all, “percentages off” are made-up numbers arrived at in the back room. Second, it doesn’t matter how much you, allegedly, saved. All that matters is how much you spend. Remember those red numbers on yourbank.com? You’ll see them again if you continue to “save” this way. 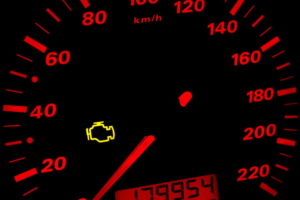 This is kind of like the vet thing we mentioned before, only more humane to Fifi. Most of the time, the “check engine” light is not a faulty light, as much as you tell yourself it is. Going all ostrich and burying your head in the sand isn’t a good way of budgeting. The light may signal something minor. In fact, most of the time it is something minor. Better get it checked, though, or minor becomes major.

Now, this is just dumb, and we say that knowing that car insurance is expensive. But, the expense and liability that goes along with a “your fault” fender bender are unbelievable. Driving uninsured is also illegal in every state except for Arizona, Virginia, New Hampshire, and Mississippi.

We have all pushed the oil change schedule an additional 1,000 miles. Sometimes, we go 1,500 or almost 2,000 miles over the recommended interval. If only done occasionally, you’re okay. However, burning sludge for 20,000 miles or more will, without a doubt, lead to expensive problems down the road.

Don’t get us wrong. Gildshire isn’t suggesting that you need to drop $1175 on a pair of Versace White Palazzo shoes (Pictured left) We are suggesting that cheap shoes wear out with alarming speed. Spend the money on a good pair of casual shoes and they should last three years. K-Mart knockoffs at 50% “off?” About six months.

How Negativity Can Change Our Brain?