Escape the Room: From Video Games To The Real World

Home » Uncategorized » Escape the Room: From Video Games To The Real World

Escape rooms have seen a big boom in popularity in recent years. With different themes like Indiana Jones, nuclear war, and insane asylums, groups of people work together to find and solve clues that will let them escape. If you think this sounds like a video game, there’s a good reason. 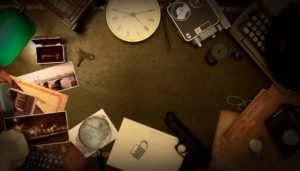 Which of these items is important to your escape?

The original online escape games from the 1970’s were very simple. They basically just consisted of text on a screen where you pressed different keyboard commands for different actions, or typed very simple commands like “Go left.” The first game was “Colossal Cave Adventure,” later known as “ADVENT.” In the 2000’s, the first point-and-click games appeared. Players were in a room and could examine objects and gather clues by pointing and clicking their cursor.

In 2007, Takao Kato had the idea to take this concept into the real world. He developed REG (Real Escape Game), with the company SCRAP. Like in the video games, players would be locked in a room and have to solve riddles within a time limit, usually an hour. The idea took off, and SCRAP opened rooms all over Asia. The first European game appeared in Budapest, and in 2011, the first European escape-room company was founded. Over the next few years, more rooms opened in countries like France and Canada. In 2013, Puzzle Break opened, becoming the first American-based escape room company. They have rooms in Washington state, New York, and on Royal Caribbean cruises.

In just ten years, escape rooms have exploded. France has 367 rooms, while cities in Asia still far out number other countries. Worldwide, there were zero escape rooms in 2010, and now there’s close to 3,000. Corporations are especially fond of these rooms as team-building exercises, with some executives even asking to see filmed footage so they can identify the natural leaders in a group. For a relatively low fee of just $20-$30 per person, companies can take an hour out of the day and get to know their employees in a really unique way. Escape rooms like corporation participation, because they often book rooms during weekdays, when business is slow. 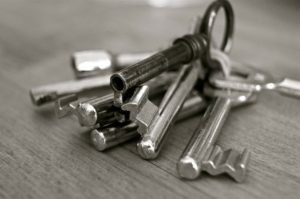 What kind of themes do rooms have? Room-builders are always striving for the most creative ideas. In Orlando, the top-rated escape room on Trip Advisor has one room called “Gold Rush,” where groups of up to 8 work to find the hidden gold of a missing prospector. Another room, “Mission: Mars,” requires you fix your ship’s control systems, or die from cosmic radiation. Room-builders take inspiration from pop-culture trends like zombies, pandemics, and vampires. One room in South Carolina titled “The Final Door: Blackout,” has you attempting to play along with the Columbia Killer’s mind games. The twist? A storm has caused a blackout, so you only have lightning as a light source. With a max number of only four, the game description says “crawling is required” for at least one team member.

While the first video games consisted of just text, we’ve reached the point where they play out almost like movies with graphics to match. Read about the evolution here.