Explore These 4 Underground Attractions in the US This Summer

written by Gabriela Golumbovici May 24, 2018

There are so many regular attractions to see in the United States, but every once in a while, a person needs to wander off the beaten path to the more unusual ones in the country. These areas are just as fascinating and normally less crowded than the more popular summer vacation destinations that many people choose.
Here are 4 underground attractions in the US that everyone must explore this summer: 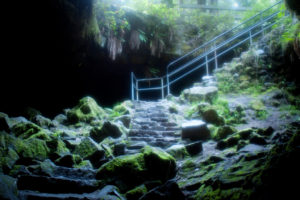 1. The Ape Cave in Skamania, Washington

This cave can be found on the south side of Mt. St. Helens, and everyone loves exploring the two and a half miles of the lava tube. The sides are lined with stalagmites and stalactites, and there are massive boulders scattered throughout. However, the best feature is the eight-foot lava fall that some people climb to see the skylight opening at the top.

These eleven miles of tunnels were popular during prohibition when the city officials chose to use them as a space to drink with their friends without worrying about being caught. Visitors can explore these tunnels today by taking the elevator that can be found behind the Hall of Records on Temple Street, even though the tunnels are officially closed to the public. 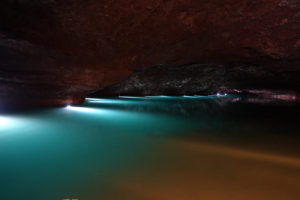 The Lost Sea is the largest underground lake in the United States. Visitors need to walk through a cavern to reach the lake and then they climb onto a glass bottom boat to go for a ride. While on the lake, people will see numerous cave flowers and an overwhelming supply of large trout. It is unknown as to exactly how large the lake is, as there are numerous rooms underneath that are filled with water, and many of them have not been explored yet. 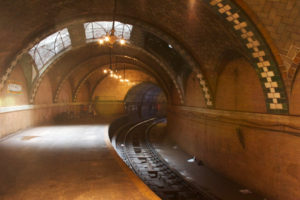 This was the first subway station built in the city and it opened on October 27, 1904. The vaulted ceilings, glass tiles, and large chandeliers were not appreciated or even seen much by the commuters back then, mainly because this was the least used stop. This station was closed in 1945, but today people can ride the train through this station as it loops around to go back north. Another way to see the beauty inside this station is to take one of the tours that the New York City Transit Museum offers.

These four unusual underground attractions can add a fantastic twist to anyone’s summer vacation this year. Everyone can stop to see these attractions when they are in the area, or they can choose to go a little out of their way to see the sights that will add even more memories to their time away from home.