“Will there be bats?” That’s the question with which one veteran spelunker starts his exploration. “If there aren’t any bats it isn’t really a cave worth exploring,” he goes on to say. Gildshire Magazines has a message for Batman. These are the most beautiful and awe-inspiring cave systems in the world. The bats, if any, are ancillary. Read on, Good Sir. These are our choices for the cavern systems worth a trip across the country, or even an ocean, to see. 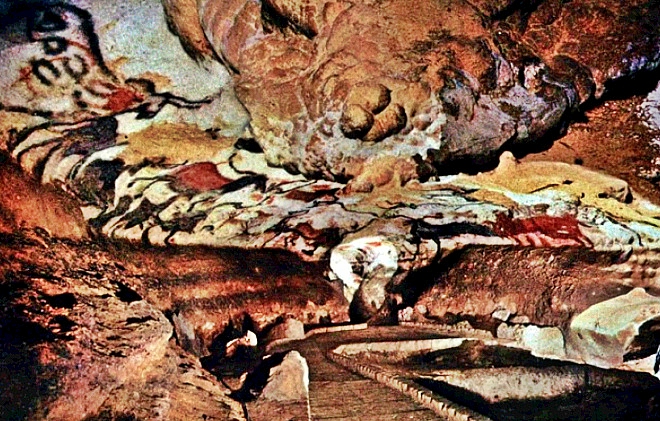 Lacaux Cave, Montignac, France: Sept. 8, 1940. On this warm late-summer day 18-year old Marcel Ravidat went for a walk with his dog, Robot. Suddenly, the dog disappeared into a hole in the ground! Marcel rolled rocks into the hole in an attempt to bring Robot back to the surface. The lad could hear the stones as they rolled deep into the earth. That was the discovery of the Lascaux Cave. When professional explorers found their way inside they couldn’t believe their eyes. Thousands of prehistoric cave drawings covered the walls. Today, hundreds of visitors annually visit Lascaux to see the drawings.

To visit contact the Lascaux-Dordogne Vallee’ Vezere’ Office De Tourisme. Robot, by the way, was fine. 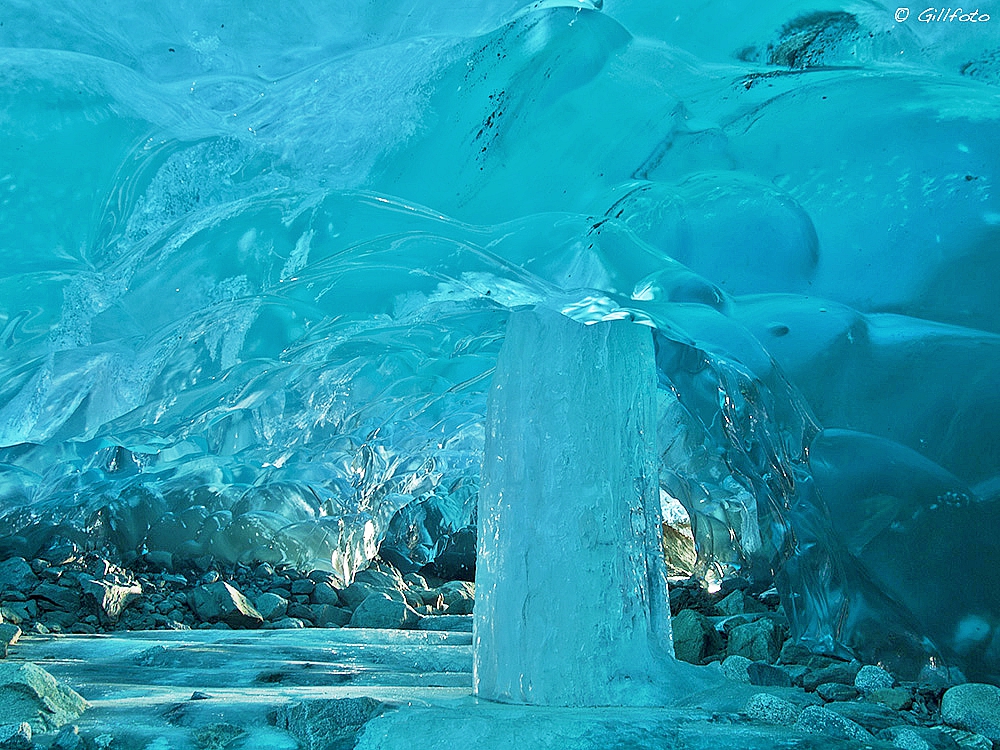 Valdez Glacier Caves, Near Valdez, Alaska: Who says the best caves are holes in the mountain? One of our favorite caving experiences is on an enormous ice cube. The Valdez ice cave is best explored by kayak. The glacier ice cave is on a lake of the glacier’s own making. That’s a good thing because glaciers on salt water are too unstable to be safe.

One of the wonders of the glacier ice cave is its ever-changing nature. It isn’t even always there! Most of the time, though, it is a true wonder of Nature. 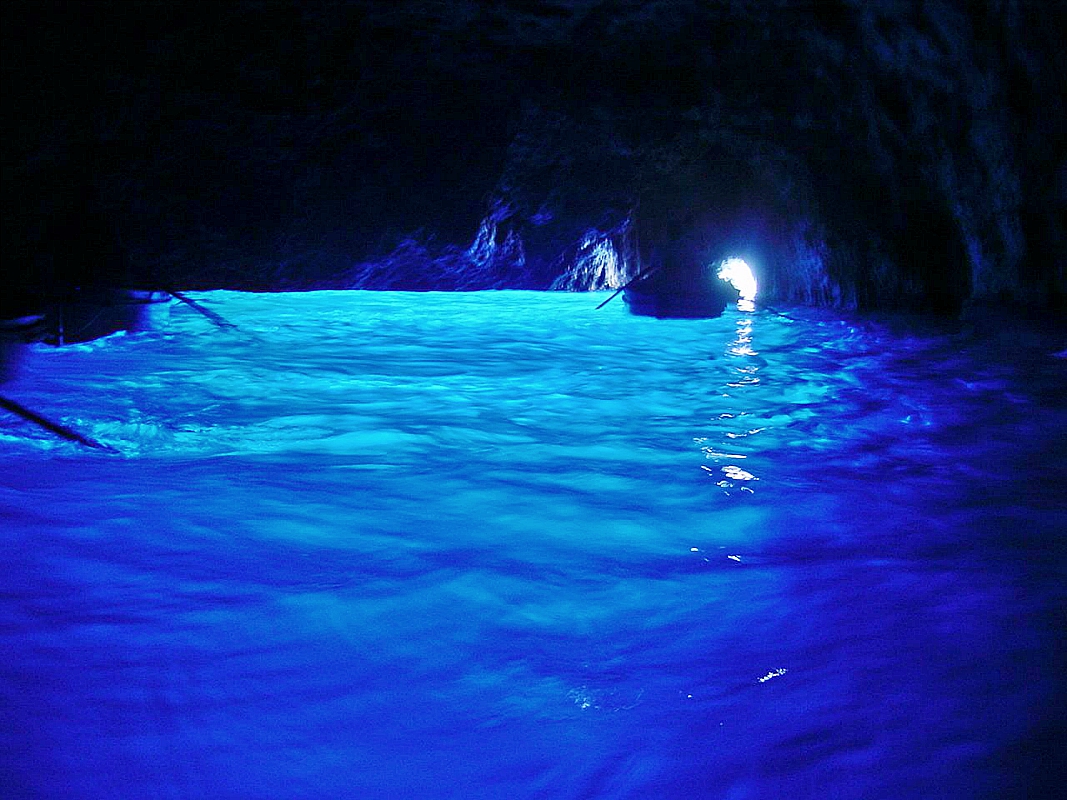 The Blue Grotto, Capri, Italy:  Yet another cave best seen by boat, but The Blue Grotto isn’t in the middle of an ocean. However, it is only three feet high making stand-up exploration problematic. It is is a natural sea cavern, measuring 197 feet long and 82 feet wide. Best known for its spectacular natural light show, The Blue Grotto was used as a private pool by Roman emperors.

To plan a trip to The Blue Grotto visit Grotta Azurra at Capri.net. Make your plans now and beat the emperor rush.

Waitomo Glowworm Cave, Waitomo, New Zealand: Every cave and cavern system on our list is a unique experience unto itself but, if asked to pick the unique cave of them all, welcome to Waitomo. 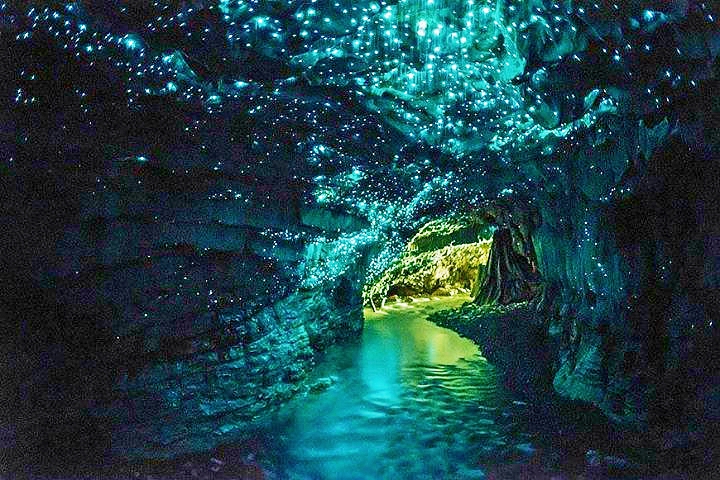 The glowworm, (known to scientists as Arachnocamp Luminosasa), is unique to New Zealand. They radiate their unmistakable luminescent light by the tens of thousands in the Waitomo Cave. Visitors glide silently, by guided canoe, through the starry wonderland of the Glowworm Grotto. They look like stars and they are indeed the stars of the show.

To plan a trip to the sparkly bits visit the Glowworm Cave section of waitomo.com. Tell Batman that glowworms>bats.

Son Doong Cave, Son Trach, Bo Trach District, Quang Binh province, Vietnam: Remember the touching story of 1940, Marcel Ravidat and his faithful hound, Robot? Fast forward 51 years and meet Ho Khanh. He was walking through the forest near his village when he saw an oddly shaped hole near the ground on a hillside. Ho Khanh quickly realized he was on to something BIG. He was right. 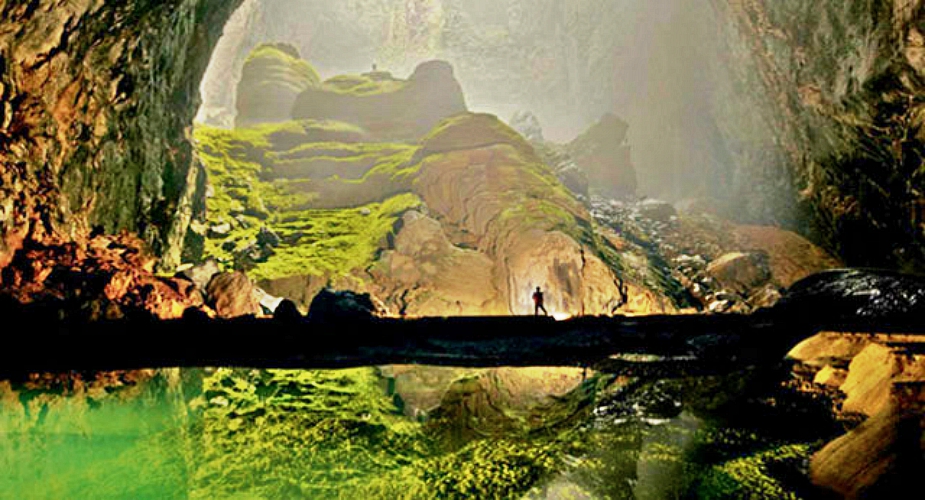 The Son Doong Cave is the largest cave in the world. Over 2,000,000 years old (some estimate the cave’s age at as many as five million years old) the cave features a dizzying array of visual and topographical features. Dark in some places, the cave also displays bright sunshine through skylights in the broken limestone overhead. Visitors to the cave will go back and forth across a fast-moving river. In fact, it was this river that carved the cave in the first place.

To see Son Doong Cave visit the Vietnam Travel Center Company. They have an extensive number of tours available to the beautiful country of Vietnam.

Carlsbad Caverns, Near White City, New Mexico: If there is one cavern system in North America that turned Batman into a spelunker Carlsbad Caverns was that system. And it truly is a “system,”featuring more than a hundred caves formed when sulfuric acid dissolved limestone. In the heart of some of the most bitter land wars in North American history the area around the Caverns has been claimed by the Spanish, Mexico, Native Americans and the United States. Whether one chooses the easier Big Room Trail or the more strenuous (Gildshire Magazines recommended) Natural Entrance Trail, a visitor will see this nation’s most spectacular caves, bar none. 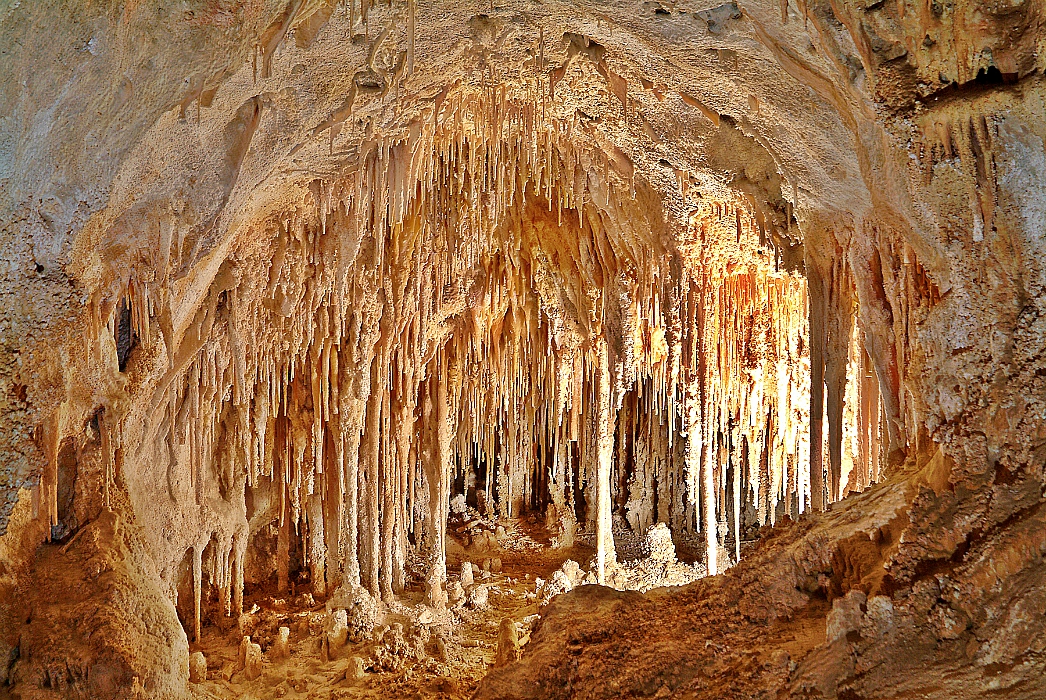 Carlsbad CavernsColor combinations not seen above-ground will assault the eyes. Soaring stalagmites and plunging stalactites greet the hiker around every bend in the trail. And yes, there will be bats. In fact each and every dusk and dawn from April through September, there will be TONS of bats. 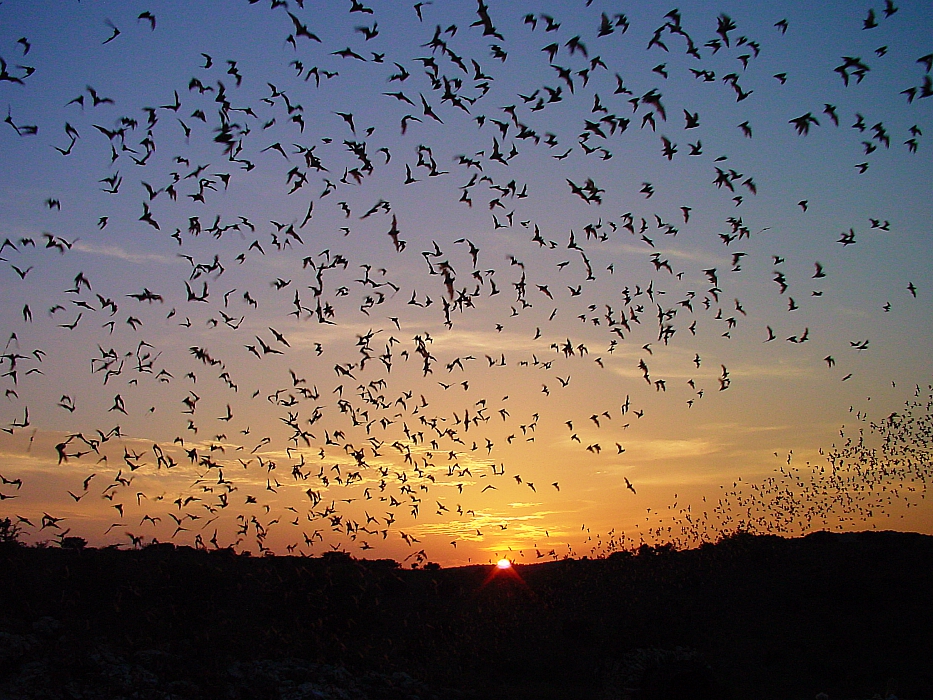 Dusk Bat Flight out of the Natural Entrance

The National Park Service at Carlsbad Caverns has an entire program dedicated to the bats. A ranger presents information about bats prior to their evening flight from the mouth of the cave. Early risers are welcome to come at dawn to watch the bats return to the cave after their night of foraging. The Bat Flight Program is free of charge and first come first served. To visit Carlsbad Caverns contact the National Park Service here.

We wish you a safe and fun summer vacation. We hope we interested you in a trip down under…the ground. See a cave. It would be bats not to explore one.

Successful Marriages and How They Come to Be