Fake It Till You Make It: Famous Art Forgeries

Home » Style & Creativity » Fake It Till You Make It: Famous Art Forgeries

Many people think that good art must be expensive. Whether or not you agree with that statement, you probably do know that people are willing to pay a lot for pieces the art world considers “good.” It’s a lucrative business, and where there’s money, there’s going to be corruption. Over the years, forgery scandals have rocked the art world. What are the most famous art forgeries? And how do you spot a fake?

Han van Meegeren and the Nazis

Born in 1889, Han van Meegeren aspired to become one of the world’s best artists. However, that didn’t work out as he’d hoped, so he started replicating famous works, including those by Johannes Vermeer. At first, it was just to prove his skill, but then he realized he could make serious money selling to people who believed they were the real deal. One of Meegeren’s forgeries ended up in the collection of Hermann Goring, one of Hitler’s highest-ranking officers. He reportedly traded over 100 other paintings for it, determined to have a work from a master. 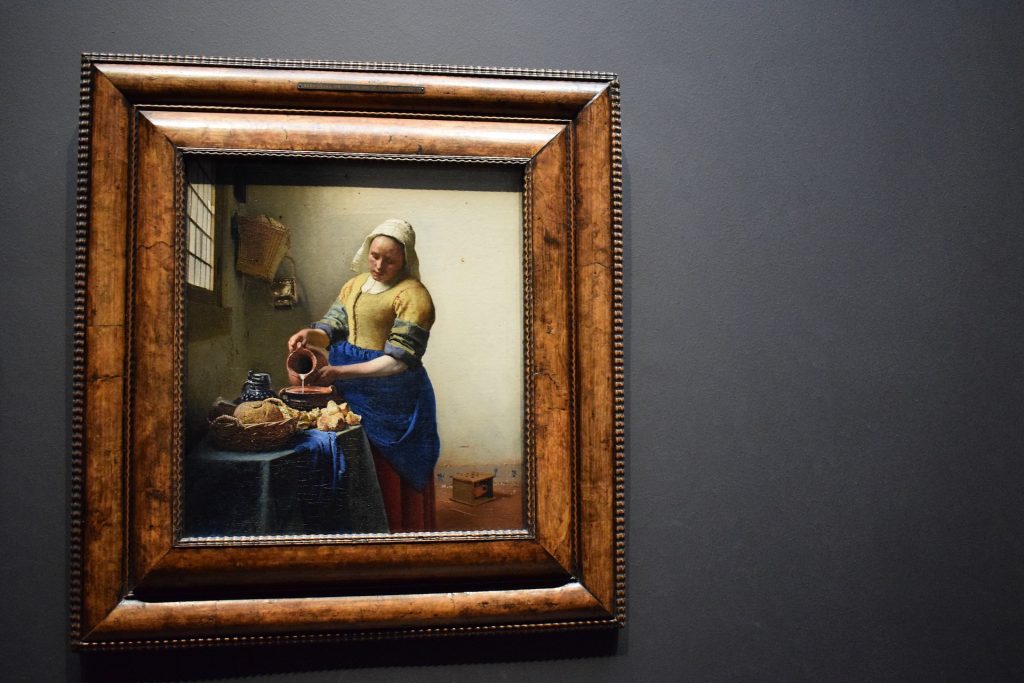 “The Milkmaid” by Vermeer

When the Dutch government found out, they were livid. How dare Meegeren sell one of the country’s national treasures to a Nazi? He was arrested, and terrified he would end up executed, Meegeren confessed that the painting wasn’t genuine. His forgery was so good, the government didn’t believe him, so Meegeren had to prove his art skills in court by recreating another piece. Convinced, the Dutch government gave him just one year in prison, but he died before his sentence was over. He was only 58 years old.

Wolfgang Beltracchi, the forger of the century

In 2011, art forger Wolfgang Beltracchi received a six-year prison sentence for duping some of the most prominent art experts. His crime is a bit unique, because instead of recreating paintings, Beltracchi actually possessed the skill to mimic famous artists and create entirely new works. With his wife, the forger sold over 50 pieces in the style of Pablo Picasso and Max Ernst. He claimed they had been hidden from the Nazis in the 1930’s and were just being unearthed.

The forgers got away with their scheme for almost 40 years, making millions of euros. However, in 2010, experts realized something was up when they identified traces of a white paint that wouldn’t have existed in the claimed artist’s time. Wolfgang and Helene Beltracchi got a six year and four-year sentence respectively. Because of his skill and success at convincing everyone his fakes were real, he’s often called “the forger of the century.”

The latest entry in the history of famous art forgeries, the Old Master story begins in 2016. “Venus,” a painting supposedly by Lucas Cranach, was the centerpiece of a gallery at Aix-en-Provence. However, after an anonymous tip, it became clear that the painting was likely a fake. Further investigations revealed that there were more, and it might have cost buyers as much as $255 million. Police recently arrested an Italian painter, while there’s a warrant out for the French art dealer and collector responsible for selling the forgeries. No doubt other participants in this forgery ring will soon be discovered.

How do you spot a fake?

When it comes to famous art forgeries, they are usually so good no one can tell the difference from the original using the naked eye. It comes down to the chemical composition of the paint and expert knowledge of the materials the artist usually used, like certain canvases. If a fake looks exactly like the original, why do originals matter? For art lovers, forgeries lack soul and spirit. The forger didn’t come up with the idea. Even in the case of forgers like Beltracchi, who painted new pieces, he simply imitated others artists. The style didn’t come from his experiences. If someone is going to pay thousands or millions for something, they want it to be the real deal in every sense.

A lot of art has been considered offensive, at least by some groups. Here’s a list of some of the most controversial pieces.