Home » Our World » Favorite Cars for a Rising Young Executive

“Image is everything.” Superstar tennis player Andre Agassi said those words in 1989 as part of a Canon camera advertising spot. In the last 30 years, things have changed…but not all that much. Societal changes have taught us that, while an image may not be everything, neither is it no thing. A young executive on the move up the ladder knows that professional excellence is key to their success. Image matters. Both are true. The vehicle they choose to drive is part of their image. It doesn’t tell the entire story, but it’s one chapter in their book.

Choosing a car is a tricky proposition. Drive something flashy, and they’ll whisper that you lack humility. Go economy and understated, they’ll say you lack confidence. Gildshire’s list makes sense. because the cars we talk about are perfectly placed. They don’t spin out in either direction of the image meter. The MSRP of these cars ranges from $34,000 to $40,000. That’s a sweet spot that Mr. and Ms. Young Executive should consider. 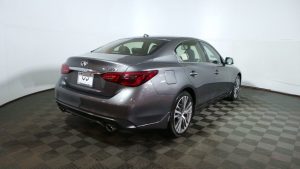 Infinity Q50: Infiniti as a brand became a player in this niche since the turn of the decade, and there’s no better testament to that than the Q50. It comes equipped with a medium-powerful 208-horse turbo-four or a really powerful 300-horse six. The big engine lands this car as the fastest on our list.

Lexus IS: The savvy young exec who realizes the importance of the right make of car cannot go wrong in purchasing a Lexus. The IS with the six-cylinder powerplant is too pricey for this list, but the two-liter turbo engine fits beautifully in this price range, and just as perfectly in that executive parking lot. 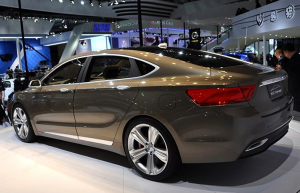 Volvo S60: Sweden’s favorite car is now owned by the Chinese company “Geely.” That said, its reputation as the safest car on the road remains intact. Since 2010, though, something has changed. Volvos have become increasingly attractive! The T5 powertrain packs 240 horses and, from a value for the dollar standpoint is the best engine Volvo puts on the market. Our busy executive will also appreciate the quietest interior on our list. 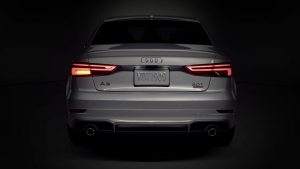 Audi A3: Audi enjoys a substantial reputation as a car for executives on the move. Those who follow that train of thought may be surprised to note that this little beauty is the lowest priced of any on our list at an MSRP of $31,960. For that, A3 owners get a comfortable front-seat and an uncommon level of class for a car under 35k. 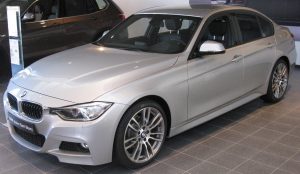 BMW 3 Series: You knew that we would include a Beemer if we could find one to fit under our budget. We found one, and it beat our price-point by $5,000! For that price, you get that BMW cachet, sports car handling, and the best fuel economy on the list. 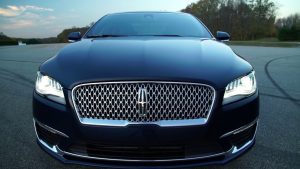 Lincoln MKZ: While Lincoln/Mercury’s parent company may not be building very many cars anymore, the Lincoln MKZ has separated itself from the rest of the family. Every engine Lincoln offers for the MKZ fits under our budget. That said, Gildshire likes the deep rumble coming out of the 400-horsepower, turbo-V-6. 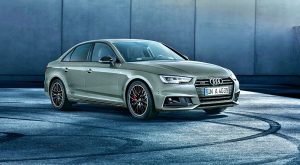 Audi A4: Well, would you look at Audi? It dropped into the list with more than one car! We ought not to be surprised as Audi has rapped on the door of BMW and Mercedes kind of like Sheldon Cooper raps on Penny’s door on “The Big Bang Theory.” For $4,000 under the price ceiling, rising young executives will appreciate best-in-class handling, along with an unrivaled reliability reputation. The last part is an important one. While our erstwhile senior executive is young, she’ll have her car repaired rather than going out and buying a new one. That said, Gildshire can already tell that her day is coming because she just has that certain look about her.

That’s our list, Young Executives. Pick out a good one, but you can’t miss with when you choose any from this lineup of cars. We’ll see you on the open road.