Home » Style & Creativity » Favorite Christmas Gifts From the Past

Good morning and Merry Christmas to you all! Gildshire and our entire staff hope that all your wishes came true with the arrival of Santa last night. Days like this cause our minds to wander a bit. We look at the past and compare it to today, as we take a look at favorite Christmas gifts from the past. First, though, what was hot this year?

What is the most popular item for Christmas?

These answers came up twice in our canvassing of the public. One surprised us, and the second one only made sense when we thought about it. First, everyone is buying a moon lamp. It is patterned to look like the surface of the moon and lights up in 16 different colors. 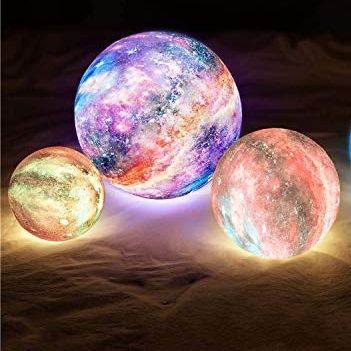 Second, it looks like the wear and tear of the year have taken some toll. Shiatsu Neck and Back massagers (pictured on top) were on many lists. Tense much? Yessir!

Top gifts of the decades

We also wanted to know what gifts were on lists from long ago. Doubtless, you will remember some of these. Or, if you don’t, ask a Grandma or Grandpa.

This wooden horse has been in the lives of kids for hundreds of years. It became wildly popular in the US during the early 1900s.

Raggedy Ann started out in a book created by writer Johnny Gruelle, and she was produced as a doll a little girl could own in 1915. The yarn-haired, triangle-nosed little girl has held up for 100 years. Her popularity inspired Ann’s brother, Raggedy Andy, in 1920.

Originating centuries ago, the Yo-Yo was a weapon before it was a toy. Anyone whose little brother used them as such can attest! It’s essentially an axle connected to two disks and a string. The simple design held up for centuries. In 1922 it appeared on every little boy’s (and many little girl’s) Christmas list.

Milton Bradley invented the game under two expectations. He knew that it would be fun, but he also wanted it to be a cautionary tale about the rich owning too much land. Fortunately, the fun part of it had more legs.

This was a toy that was invented as the result of an accident. Naval engineer Richard James tried to develop springs to stabilize sensitive objects aboard ships. He knocked one from a shelf and watched in amazement as it “stepped” across things and on to the floor, where it finally stood upright.

The pogo stick was invented by German developers Max Pohlig and Ernst Gottschall and was patented by George B. Hansburg. Its popularity has waxed and waned over the years, making a comeback about every ten years. But Pogo Sticks remain a favorite for energetic kids and even those looking for a fun way to exercise.

The Barbie doll has undergone quite a transformation since she was born in time for Christmas 1959. Before our Barbie came to be, dolls always represented infants. Ruth Handler suggested an adult version to her husband, the co-founder of Mattel. He conceived the first Barbie as a grown woman. Since then, she has been turned into a teenager, coveted, and adored. More recently, she has been criticized for her astounding figure. Through it all, Mattel has sold over a billion Barbie dolls. That makes her the company’s largest and most profitable line.

Toy cars have been popular forever. Tonka revolutionized toy vehicles by including everything from sleek pickup trucks to clunky dump trucks, cement trucks, and other utility vehicles. Who among us hasn’t left one of these indestructible babies under the dining room table for Mom or Dad to “find?”

Originally just artwork on greeting cards, Care Bears came to life in 1981 on TV, in movies, and in toy form. There are over one hundred different variations of Care Bears, ranging from Laugh-a-Lot Bear to Bedtime Bear.

The first Super Soaker was sold in 1990, and the water toy has since generated over $1 billion in sales. The pressurized water gun lives up to its name and is the great equalizer for little kids who love water versus bigger kids who did not.

Playing the guitar is a difficult skill. It takes years of practice to perfect. That’s why Guitar Hero was so popular. Instead of plucking away at coarse strings to make sounds, the player simply follows the color-coded notes on the TV screen. You press a button on the neck of the instrument in correspondence to the song being played.

No matter the era in which you fall, favorite Christmas gifts from the past are sure to make you nostalgic. Have a great day with you and yours, in person or by distance communication. Next year will be better, we’re sure.