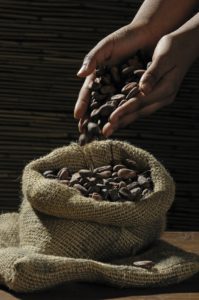 Barry Callebaut AG is the world’s largest producer of chocolate, and claims to have created the first naturally-pink chocolate. They call it “ruby chocolate.” What makes it unique besides its rosy hue? It has no artificial flavors. The color comes out because of how the beans are processed, though the company will not reveal how exactly. It took a decade of research and testing using beans from Ecuador, Brazil, and the Ivory Coast. Like all chocolate, it’s made of cocoa solids, dairy, sugar, and cocoa butter. The process brings out a berry flavor and color.

The FDA has yet to approve the product or the “ruby” name, but the chocolate can still be sold as a new invention that’s pending approval. They aren’t quite sure how to market it, because it doesn’t have enough dairy to be a milk chocolate, but it has more cocoa solids than white chocolate. The CEO of Barry Callebaut believes it might be a whole new type than can join the ranks of milk, dark, and white.

Why create this chocolate? Barry Callebaut specifically named “millennials” as a reason for their experimentation. They say the ruby chocolate appeals to a hedonistic urge that millennials possess. As a millennial, I’m not sure where my generation is “hedonistic.” When I think of that word, I imagine Marie Antoinette. Millennials seem better defined as a generation who lives with their parents way too long (for whatever reason), has an artsy streak, and engages with online activism. At the same time, millennials are pretty picky when it comes to good taste, and many are willing to spend a bit more on nice things like good coffee, electronics, and, maybe, chocolate. 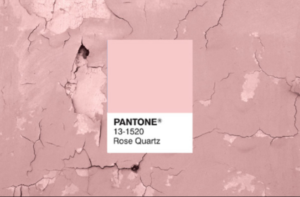 It wouldn’t be the first time pink has been associated with millennials; in the summer of 2016, everyone started talking about “millennial pink,” and pointing out that since 2012, pink started popping up everywhere. Apple made an iPhone in rose gold in 2015, Pantone named rose quartz and pale dogwood the colors for 2016 and Spring 2017, and big-name designers like Marc Jacobs and Gucci are embracing it.

The reason might be because of shifting perspectives about gender. Instead of pink being associated with women and femininity, the paler hue is on everything and has become the “new neutral.” Color experts also say that the color just makes people feel good. That could be the true reason why advertisers are all about the color – people see it, feel happy, and buy. 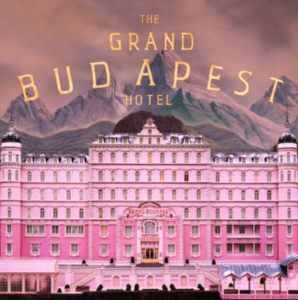 This Wes Anderson film has pink all over it

Some are saying that’s why “ruby chocolate” is nothing that interesting, but rather just a marketing gimmick. They point to the Barry Callebaut website, which says the chocolate is made from “ruby cocoa beans,” which are not a real thing. Rather than spending energy, time, and money on eye-catching chocolate that’s following the trends, some chocolatiers wish Barry Callebaut would just focus on providing the highest-quality product possible. I say, why can’t we have both? But maybe that’s just the hedonistic millennial in me.

How will eating pink chocolate make us feel? Read here to find out how colors impact our eating habits.