AIDS is one of the scariest diseases out there, because of its stigma, prevalence, and how many people it killed in the early years. While scientists know more about how it works, how to prevent it, and how to treat it than in the past, around 40 million people lived with AIDS at the end of 2017. The key to AIDS is HIV, the virus that leads into AIDS after time and as it weakens the immune system. Flossie Wong-Staal, the 1980’s top female scientist, figured out how to map it.

Wong-Staal was born in 1947 in China as Yee Ching Wong. When her family went to Hong Kong in 1952, she went to Catholic school and proved herself to be an excellent student. After being encouraged to focus on science, Wong-Staal eventually grew to love it, despite initial misgivings. Her teachers also suggested she change her name to something English-sounding, so her father chose “Flossie,” the name of a typhoon.

In 1973, Wong-Staal left the sunny coast of Cali for Bethesda, Maryland, where she worked at the National Cancer Institute. With Robert Gallo, an AIDS research pioneer, she studied retroviruses. Their goal? Find the cause of AIDS.

While working with her team, Wong-Staal discovered the retrovirus that causes AIDS: HIV. Another team in Paris, (which included another top female scientist named Francoise Barre-Sinoussi) made the discovery at the same time. The work wasn’t over yet, though. Scientists still needed to determine how the virus caused AIDS. They need a blueprint.

In 1985, Wong-Staal became the first researcher to clone HIV. Now, the team was able to figure out the sequence of the virus’ DNA, essentially creating a map. Scientists could now identify key parts of the virus and how HIV weakened and killed the immune system’s supply of T cells. With this information, it was now possible to develop blood tests for HIV.

Before continuing with the story of this top female scientist, let’s cover AIDS and HIV a little. Scientists believe the virus first originated in chimpanzees as SIV, or, simian immunodeficiency virus. It spread to humans when hunters killed the chimps for their meat. The first example of the HIV virus, officially known as HIV-1, can be traced to 1959 to a man in the Democractic Republic of the Congo. By the mid to late 1970’s, the HIV virus was in the United States. Doctors in LA and New York started reporting high numbers of rare types of cancer and pneumonia in gay men. In 1982, health officials started referring to these infections as AIDS, or acquired immunodeficiency syndrome. In 1985, the same year Dr. Wong-Staal maps the HIV virus, the U.S. Center for Disease Control says that reducing needle-sharing and avoiding injected drugs can help prevent the spread of the virus. 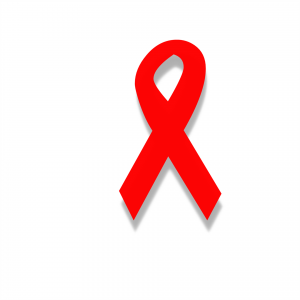 Career to the present

In 1990, Wong-Staal went back to California, where she continued AIDS research at the then-new Center For AIDS Research. She became the chairman. Her other research includes improving drugs for hepatitis C. She transitioned the company Immusol to iTherX Pharmaceuticals, and worked as the Chief Scientific Officer. According to LinkedIn, she still works there.

The Institute for Scientific Information named Flossie Wong-Staal as the top female scientist of the 1980’s. In 2007, The Daily Telegraph put her at #32 on a list of the “Top 100 Living Geniuses.”

Despite making huge contributions to science, female scientists are often not household names. Jocelyn Bell, like Flossie Wong-Staal, should be.