written by Emmaline Soken-Huberty May 3, 2019

The orchid family is huge. In fact, 10% of the world’s flowers belong to the family. They’ve been prized for their beauty for thousands of years, representing love and fertility in both ancient Greece and the Victorian era, and in China, they represent integrity and friendship. Cultures have used them for perfume and in cooking (vanilla belongs to the orchid family), and they’ve been used for medicines, as well. These are all reasons to love the flower, but lots of plants have been used for many purposes. What makes orchids special? Let’s explore two of their most unique features.

There are over 25,000 species of orchids around the world. They come in countless sizes, colors, and even fragrances. Some have tiny, tightly-gathered petals while others have only a few larger ones. The Platystele jungermanniodes genus has flowers that measure just 2 millimeters, while the Grammatophyllum speciosum or “tiger orchid,” can grow up to 25 feet. Eveh the shape of an orchid’s leaves can vary widely depending on climate. If the flower lives in high humidity, it might not grow any type of leaf, while orchids in dry conditions grow thick, waxy leaves. What makes orchids special is their beautiful diversity. Many have even evolved to resemble different insects, so they can attract pollinators. The flowers will resemble female insects in order to attract males. The bee orchid even has a smell that attracts males, who will approach the flower, become covered in pollen, and fly to another blossom. 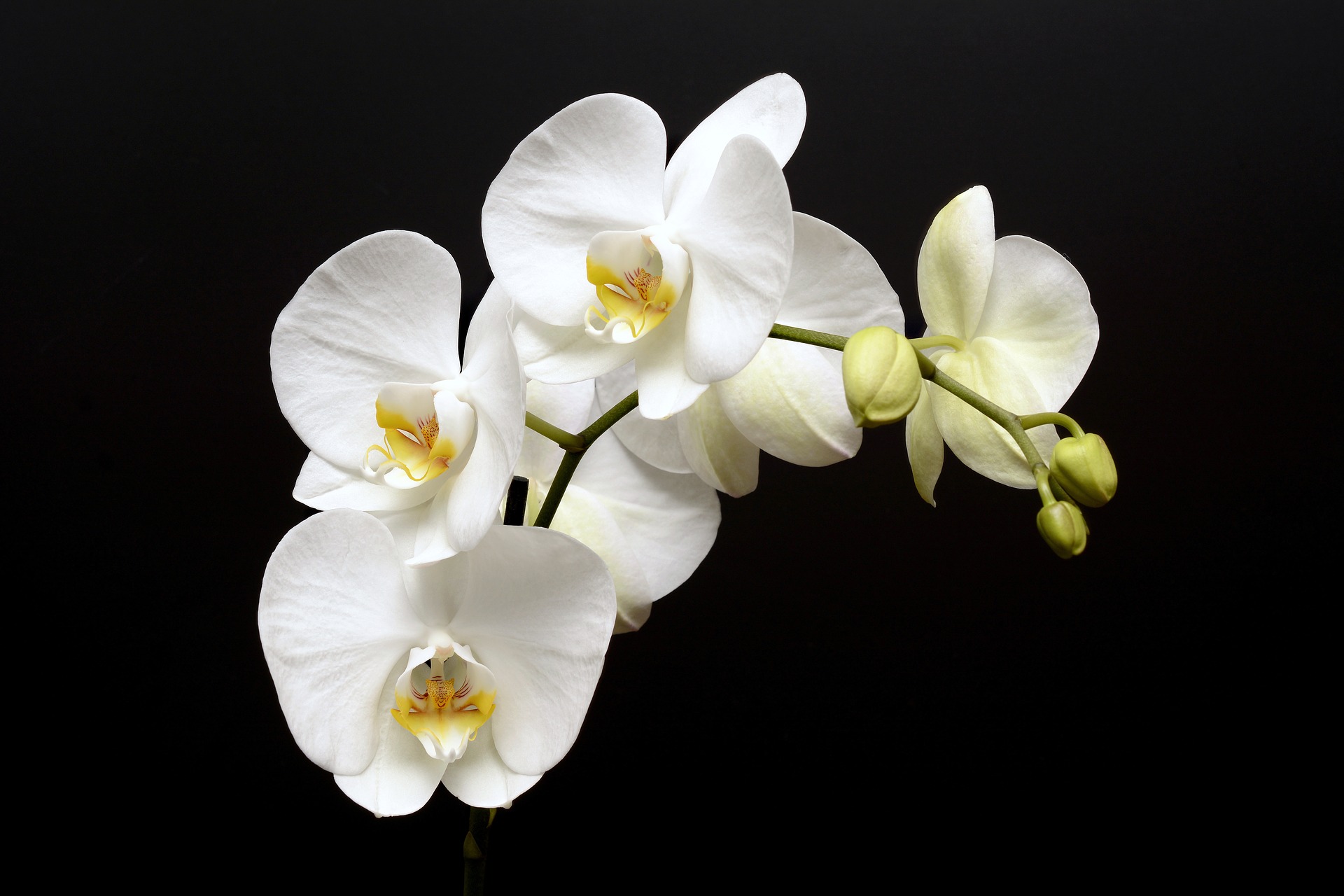 There are over 25,000 species of orchids around the world. They come in countless sizes, colors, and even fragrances.

Orchids are not just beautiful, however, they are also scientifically unique. There’s an entire group of parasitic orchids that rely on fungi for growth. While most flowers produce their own food using sunlight and carbon dioxide, parasitic orchids actually need fungi to provide them with nutrients. In fact, all orchids rely on fungi for at least part of their lives; orchid seeds don’t have an endosperm (which gives nutrients during germination), so they need fungi. Depending on the kind of orchid, this symbiosis lasts weeks or even years. If the orchid is parasitic, the collaboration lasts the orchid’s entire life. How does this relationships works? The fungi eat rotting wood, pass on the nutrients to the orchid, and in return, the fungi gets food carbs from photosynthesis. This is a fascinating and confusing process to scientists, especially with some orchids and fungi, where the flower doesn’t actually give the fungi anything in return. Why on earth would a fungi continue this union? Experts honestly don’t know.

A garden of delights

If you love orchids and travel, add the Singapore National Orchid Garden to your bucket list. This garden fully understands what makes orchids special and has been collecting and caring for orchids since 1928. The national flower of the country is a hybrid orchid called “Miss Joaquim.” It’s pink, red, and yellow, and can be found in the garden along with 60,000 other species. It is the largest orchid garden in the world and Singapore’s first UNESCO site. Other gorgeous orchid gardens include the Faqua Orchid Center in Atlanta, Georgia; the Monteverde Orchid Garden in Costa Rica; and the United States Botanic Garden Orchid Collection in Washington, D.C.

Check out Singapore’s orchids at the New York Botanical Garden!

Speeding Ticket Stats: Where Does Your State Rank?