The car-buying public is a fickle lot. Just when automakers ramped up production of hybrids and subcompacts, the mass mood of the customers changed. Now, when crossovers and SUV’s are what is desired, car lots are loaded with unsold coupes and sedans. Ford Motor Company is feeling the pain. This week, according to Reuters, Ford announced suspended production at five North American plants. Gildshire investigated the events. 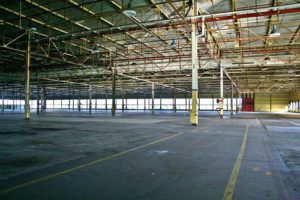 Apparently, the plant cuts are the result of unsustainable inventory, particularly when it comes to the Ford Fusion and Lincoln MKZ midsize sedans. To a lesser extent, the excess inventory includes the Focus, Mustang, Fiesta, and Lincoln Continental. The company also named the Ford Transit van inventory in the press release.

Representatives from FoMoCo report the Cuautitlan, Mexico assembly plant will close for three weeks. Ford builds the Fiesta there. The Fusion comes from Hermosillo, Mexico. Continentals and Mustangs come from Flat Rock, Michigan. Those plants go dark for two weeks each. The Michigan assembly plant builds the Focus and will idle for one week. The Kansas City assembly line (Transit Vans) goes dark over two weeks. Ford did not announce shutdown dates, nor did they say how many employees would be laid off, and how many would be retained and reassigned.

General Motors is fighting an inventory battle, as well. Malibus, Impalas, and V-6 Camaros are clogging Chevy’s lots. The two carmaking giants’ aim is reducing inventory and, consequently, avoid price hikes for the 2018 cars that are on the way.

Meanwhile, sales of Ford Edges, Escapes and Explorers are through the sunroof! Some of the company’s busier dealerships report waiting lists for the popular SUVs and smaller crossovers and CUVs. Relative low gas prices lead the list of reasons, and fuel price speculators believe they will stay in the low to the mid-low range.

This is bad news for employees, however, is there good news for consumers? Not in the near term. Analysts believe the layoffs will shrink inventory, leading to price stability, rather than price cuts.

So, the $10,000 Mustang in your dreams? Unfortunately, that’s where it stays. Man, would you look sharp in it, though?

Best Hotel in Every Region of the United States