Ford Lauded for Quality by J.D. Power and Associates

“Foreign cars are just made better.” “American cars develop squeaks and rattles. My German car is five years old and just feels tight.” “The Japanese, now. They know how to build cars that last. Once you buy a Honda, you’ll never drive anything else.” Gildshire knows you have heard these things because we have heard these things.  The Cult of Belief when it comes to foreign automobiles is real and palpable. Adherents to the cult, though, may have a harder time defending their position. That is if J.D. Power and Associates have anything to say about the matter. According to J.D. Power’s newest information, Ford’s current lineup beats most rivals’ — including the entire roster of Japanese brands. This is Ford’s best showing in J.D. Power Initial Quality reporting history. 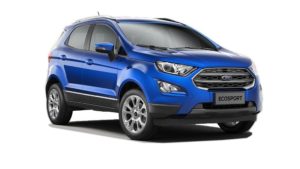 What does this say about the new Fords? The J.D. Power Initial Quality Survey asks participants to rate their new cars for value, quality, and unexpected surprises of a negative nature. The IQS is separate from Power’s Vehicle Quality Survey that queries owners about their vehicles in the third year of ownership. The IQS covers 33 brands of vehicle sold in the United States. Notable omissions include Smart and Fiat, whose sample sizes were too small, and Tesla who, for some reason, chooses not to make their cars available for the study.

Simply, the IQS measures how well your new ride is put together. How many times you will have to take it in for tweaks and touches. The recalls in the first few months. All are part of the J.D. Power Initial Quality story, and Ford rates among the very best. In fact, among cars sold in the U.S with a price tag accessible to most owners, only Hyundai and Kia outperformed Ford, and both are mere fractions better than the Blue Oval in quality mechanical workmanship and initial fit and finish.

Among cars with price tags NOT accessible to most buyers, Porsche was the winner. It was the third time in the last four years that Porsche has been in the Top Four.

So, will this quiet your neighbor who is part of the foreign car cult? Sadly, no. But, when you bring your Ford home you will know that you are smarter than your neighbor, who doesn’t read Gildshire.

Top NBA Free Agents that will Hit the Market this Summer