The Ford/VW Partnership: What We’re Watching

Ford Motor Company and Volkswagen recently announced an extensive partnership. The goal is to co-develop products and boost both carmakers’ economic efficiencies but without cross-ownership or equity exchange between the two companies. This week, the carmakers released more details, including showing their work on autonomous and electric vehicles. Gildshire was anxious to learn what we can expect from the Ford/VW partnership. We enlisted the help of Motor Trend for the research.

In four years, Ford will introduce a new EV based on Volkswagen’s MEB (Modularer E-Antriebs-Baukasten) platform. In so doing, Ford becomes the first automaker outside the VW family of cars to borrow Volkswagen’s dedicated EV architecture. The Ford EV will be available in Europe, and Ford could roll out a second MEB-based vehicle later. Ford plans to deliver more than 600,000 MEB-based vehicles in Europe between now and the 2015 model year.

Before the Ford/VW partnership, Ford invested in autonomous tech company Argo AI. But now, VW plans to inject $2.6 billion into the company, and include its Autonomous Intelligent Driving company. The German carmaker will also buy Argo AI shares from Ford for $500 million over three years. Ford promised a $1 million investment and will fulfill the promise by investing the remaining $600 million in Argo AI, which is working on developing Level 4 autonomous systems for ride-sharing and delivery services. As part of the Ford/VW partnership, the automakers will integrate Argo AI’s self-driving systems independently into their vehicles. 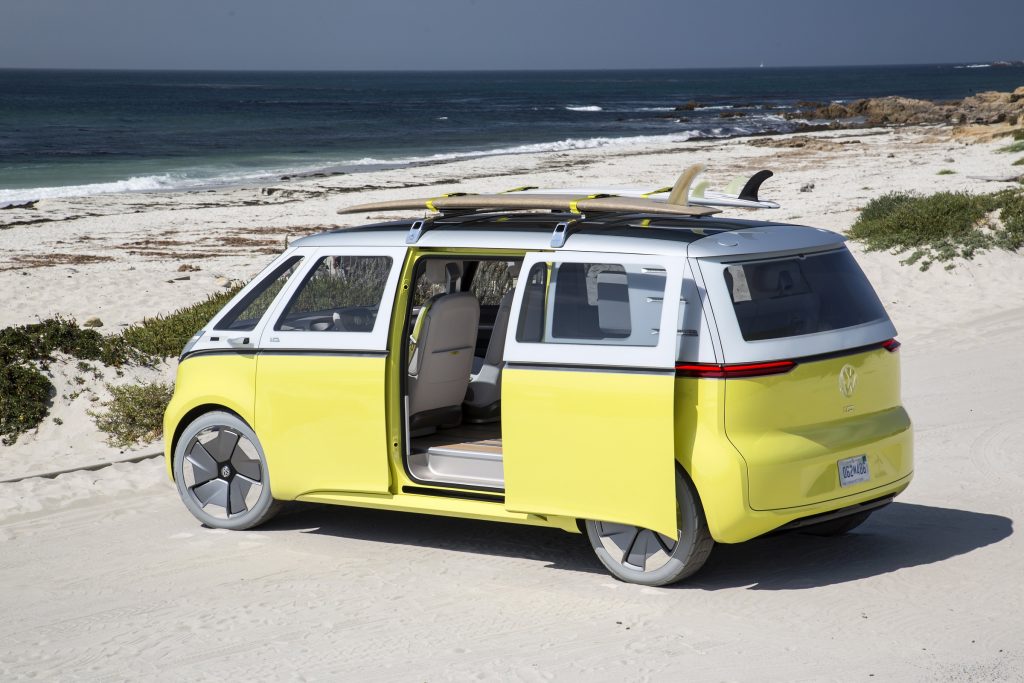 VW’s recent history has been no day at the beach.

Autonomous and electric, but mostly in Europe. Anything for the U.S. market to anticipate?

Ford and VW announced earlier in 2019 that they will work together to produce midsize pickups. These would be sold everywhere, including in the U.S. This plan is on schedule, and the truck will be the 2022 model year.

Probably, though that isn’t set in stone. We know for sure that it will roll out in Europe and Latin America at that time. Political unrest in the U.S. makes for-sure predictions difficult to make. It’s possible that VW will introduce a pickup to the U.S. before then. Gildshire will keep you posted on developments there.

We know that Ford is building larger commercial vans for both companies to sell beginning in 2022, but these too are destined for the European market. Meanwhile, VW will contribute a city van for Europe, as well as other select global markets. The two automakers are leveraging their previous experience with vans. These include the Ford Transit and Volkswagen Transporter and Caddy.

Why so many trucks and vans, but almost nothing about cars?

The companies expect demand for medium pickups to jump in the next five years, and the market for commercial vans are already ramping up. Working together will increase efficiency and keep prices down.

The Ford/VW partnership flew under the radar in most of the automotive press, but Gildshire has been watching. Ford will always benefit from efficiency measures, and VW can use the reputation points that a partnership with Ford could offer.

The Coronavirus Pandemic is Changing the Car Industry