Ford’s Car Lineup Reduced to a Mere Two by 2022

One wonders what Henry Ford would be thinking if he was alive today. The innovative carmaker who perfected the assembly line and, in so doing, the affordable family car would be shocked. The company he founded is leaving the car game behind, save for two models. The company announced this week a sea change in company focus. Ford’s car lineup will have just two models. The company is focusing instead on trucks and SUVs. What does that leave? Just the Mustang (Thank God, for that!) and the new Focus Active. Gildshire wanted to know more, and we consulted with Motor1, another favorite automotive news magazine.

Profit is the name of the game in corporate America (no surprise there) and the market for sedans, coupes, and hatchbacks just isn’t there. That’s the word coming out of Ford’s Dearborn, Michigan headquarters. The automaker will eliminate a whole lot of products – C-Max, Fiesta, Focus, Fusion, and Taurus – while focusing on the higher profits that come with crossovers, SUVs, and trucks. That means eliminating a majority of the brand’s sedans and leaving blank spaces in what would be Ford’s car lineup.

The company hastens to reassure their fans, however, that this isn’t the end of automotive innovation from Ford. The new strategy includes committing to new propulsion choices. These will include adding hybrid-electric powertrains to such vehicles as the F-150, Mustang, Explorer, Escape, and Bronco. The company will begin the rollout of its battery electric vehicles with a performance electric model in 2020. Ford plans to bring 16 battery-electric vehicles to market by 2022.

The company left out of their announcement exactly when the Taurus et. al will leave the scene. However, indications of a near-total lineup revamping by 2022 were seen as indicators. 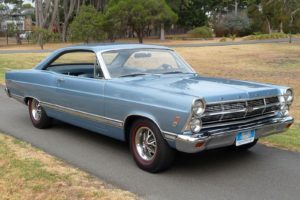 The history of a robust roster in Ford’s car lineup is a long one. From the original Model T, through the Galaxie and Fairlane 500, and on to the era of the Taurus, Ford cars have roamed the streets. They were part of the landscape of Route 66. They filled the parking spots at the local drive-in theater. For those of a certain age, this is a sad day, but time, tide, and onrushing hordes of SUV owners wait for neither man nor poet. Ford Motor Company will move with the times, leaving its history for the historians.

Nothing To Sneeze At: Black Pepper As Kitchen Staple