Let’s face facts about the dual-clutch transmissions that Ford put in the Fiesta and the Focus. It’s trouble, and potentially the subject of a $4 billion lawsuit. The outcry about the transmission became so loud that the company quietly told dealers to repair it! Worse yet, Ford reportedly knew it was a bad part for years and failed to make necessary fixes. Now this week, Ford told the press it will extend warranties on the Fiestas and Focuses that carry the dual-clutch transmission. Gildshire wanted to learn more, and Automotive News helped with the research.

The factory warranty extension is two years and 40,000 miles. Along with it comes a software update for customers with continuing gearbox issues. Together, Ford hopes the two fixes will get it out of the nightmare this has become for the company.

Additionally, Ford stated that it will reimburse customers who paid out-of-pocket for clutch repairs. According to the company, customers who purchased the 2014 Focus (pictured above) and Fiesta (pictured below), are experiencing an increasing number of incidents of transmission failure, and repair. 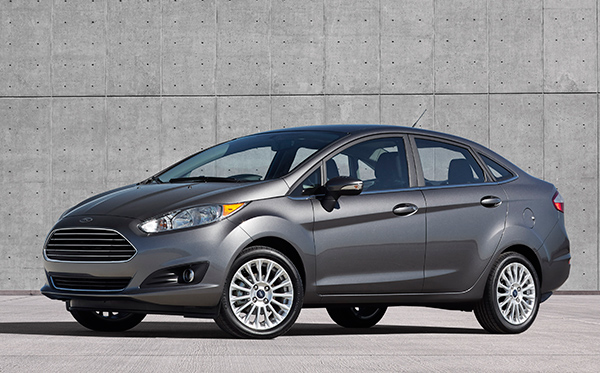 Owners of 2014 Fiestas (such as this one) are being offered extended warranties on the dual clutch transmission systems.

“While these vehicles always were and remain safe to drive, we regret the inconvenience our customers have experienced,” Dave Filipe, Ford’s vice president of powertrain engineering, said in a statement.

Filipe said the warranty extension will cover about 560,000 customers. The automaker did not disclose any cost estimates but said it will be reflected in third-quarter earnings.

“Inconvenience? Is that what he said?”

To call the problem “inconvenient” is an interesting turn of phrase in this context. According to the lawsuit “the transmission can cause shuddering, slipping, bucking, jerking, and hesitation while changing gears, and premature internal wear, delays in downshifting and, in some cases sudden or delayed acceleration.”

About 165,000 owners, or 16% of the original customer base, still need the software update. It will provide an enhanced warning when a transmission fails. Ford said it will repair the transmission up to six months after the 10 year/150,000 mile warranty has expired.

The automaker says tests show Focus and Fiesta sedans built since the second half of 2015, along with earlier models that have received software updates, perform well.

Ford has been haunted by the balky transmissions, codenamed “DPS6” since their introduction in 2010. Since its inception, Ford has issued more than 20 technical service bulletins related to the gearboxes.

“Is the NHTSA involved?”

Yes, the National Highway Traffic Safety Administration said Wednesday it will continue to monitor complaints and take action as necessary.

The automaker last month told its U.S. dealers to give free repairs to any Focus and Fiesta owners who complain about problems with the cars’ PowerShift dual-clutch transmission.

The memo, first reported by the Detroit Free Press, reportedly admitted that Ford knew about the problems, but continued to install the bad transmissions. The automaker responded to the report last month, saying it made “conclusions that are not based in fact.”

Facing a public looking askance at them for discontinuing popular car models, Ford does not need this. Will this latest olive branch satisfy the howling masses? Gildshire will continue to watch for the answer to that question, as we watch what else happens with Ford’s dual-clutch transmission.