Home » Our World » Four Kickstarter Mistakes You Need to Avoid

Kickstarter and other crowdfunding sites have become a big deal in recent years. People have been able to fund everything from underground comic books to Hollywood movies to unique inventions. If you have a passion project and want to crowdfund, here are four mistakes you need to avoid:

Your title, subtitle, product description, and goal description all need to be crystal-clear. The title and subtitle is key because those are the only lines of text someone will see as they’re browsing projects. You want to be specific, so people know exactly what you’re offering. For the product and goal descriptions, let your backers know where their money is going right away, on top of the page. Don’t bury the specifics.

2. No Social Media and Fan Outreach

A lot of Kickstarters start off on the wrong foot. A year before you launch your project, you should be working on your social media presence on platforms like Twitter, Facebook, LinkedIn, and promoting your product. You want to have fans and potential backers way before that goal clock starts ticking on Kickstarter. 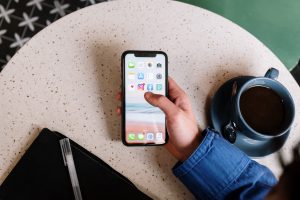 A very common mistake is to set a goal that’s unrealistic. Instead of actually budgeting out how much money they need, people often just pick a really high number. That’s a problem with sites like Kickstarter where if you don’t meet your goal, you don’t get any money. Only ask for the amount of money you need, and if you go over, great.

People love Kickstarter because they feel connected to a project and its creator. Their money actually has an impact and they can see the entire process from A to B. However, if a creator just takes the money and then ignores the fans, the project isn’t going to get any positive feedback. Supporters want to get updated on how the project is coming along, any press about it, and so on. Reach out to your supporters and always remember to thank them.

Rediscovering Each Other As a Family

At the End of Your Covid Rope? Here’s How to Cope